The national champion Roberto Borrego and Gonçalo Guerreiro, recent winner of the competition played on the mountain slopes of Góis and Arganil, played this weekend on slopes in the municipalities of Abrantes, Ponte de Sor and Gavião in a fantastic duel that was in extremis for the local idol. .

CNTT continued with Raid Ferraria, in a race that resulted in an epic duel between Roberto Borrego and Gonçalo Guerreiro, which had a remarkable performance on the first day since after being the victim of a road exit in the prologue, it started from position 34 for the selective sector where he was the fastest winning 1m15s to Roberto Borrego. The heavy rain that fell on the eve of the race helped a lot, leaving the track extremely fast and allowing overtaking without a big loss of time, and the JB Racing driver had to do 14. The following day, with 52s separating them, the balance remained until the middle of the race, but a very strong attack by Roberto Borrego and with Gonçalo opening the track, the SGS Car Racing driver managed to take the victory.
The 2nd place of Gonçalo Guerreiro who won among the Juniors, however, allows him to ascend to the leadership of the Championship. A very lively fight for the final podium place was won by Nelson Caxias, winner of the prologue, who ended up just 14 seconds ahead of Herlander Araújo. Pedro Carvalho, in 5th place, 15s behind the competitor who preceded him, won among the veterans with the also returning Pedro Grancha in the next position.
Pedro Santinho Mendes was 7th ahead of João Monteiro and the Belgian Sebastien Guyette, both with mechanical problems and who now occupy 2nd place in the championship behind Gonçalo Guerreiro. Renhido was also the duel for the victory in the Stock class with José Morgado (Can-Am) imposing himself by 14s on Nelson Saramago (Polaris). Triumph in the T2 Class for Luis Caseiro.
The race organized by Clube da Ferraria had almost one hundred and a half participants and was the first race of the season to receive a Mini Baja. For the CNTT, the competitors raced 301 kilometers against the clock, divided into a prologue and a double passage selective sector of 149 km. 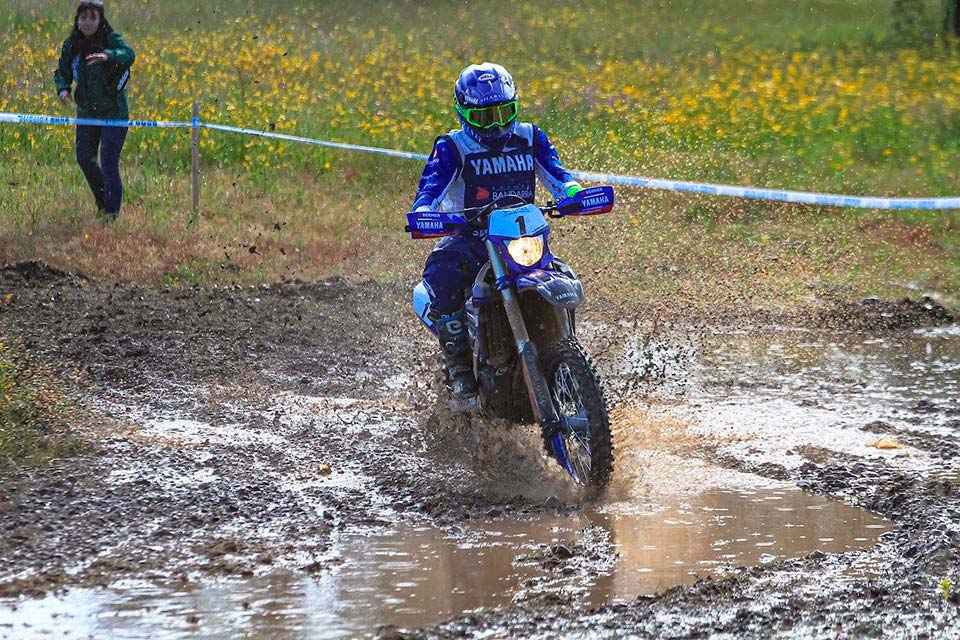 António Maio’s third consecutive victory on motorcycles
On the motorcycles, this Raid Ferraria saw António Maio and Gustavo Gaudêncio, who left separated by barely 10” for the 2nd day to engage in a lively duel that would come to lean towards the national champion. Gustavo Gaudêncio (Honda) and Daniel Jordão (Husqvarna) climbed to the podium. 4th place for Micael Simão (GasGas) winner of the TT3 Class and 5th place for Fábio Magalhães (Honda) who won the TT1 Class.Martim Ventura (Yamaha) who recently saw his father, former pilot Rui Ventura, leave triumph in the Junior Class while Mário Patrão (KTM) won the Veterans Class. João Pacheco (KTM) was the winner of the Promotion Class and Bruna Antunes (GasGas) won the Ladies Cup.
In the Mini Baja which was composed of a prologue and a sector with 75 km Domingos Cunha was the fastest finishing ahead of Manuel Amaral and with Miguel Ferreira in 3rd place. Simão Severino won among the youngest, ahead of Luís Brandão and Bernardo Caiado.Carolina Feitinha was the only girl participating and also the only competitor in Quad. 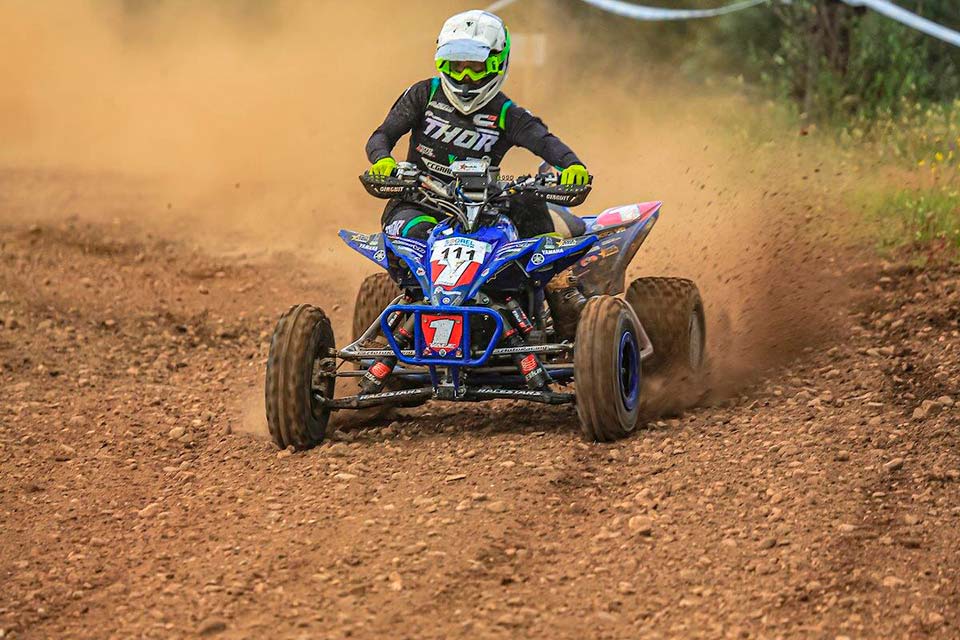 João Vale repeats victory in the Quads
Like the bikes, João Vale and Luís Fernandes also fought a lively duel in the Quad, ending the 2nd day separated by barely 15s. Absolute victory for the leader of the championship who thus reinforced his position.
The young Rafael Carvalho once again climbed to the podium, who triumphed in the Junior Class. 4th place for Fernando Cardoso winner of the Promotion. Carlos Reguinga was first among the veterans. All these winners on Yamaha while Vera Cabrita on Suzuki won the Women’s Cup.
In SSV the duel between Roberto Borrego and Gonçalo Guerreiro was exciting and in the end the two were separated by a minimum of 5s with the victory pending for the national champion.
The championship returns on May 6, 7 and 8 at Baja TT Oeste de Portugal.

There are already new machines
Finally, the 2022 vehicles began to arrive, which due to the pandemic suffered a delay of months and largely justify the lower participation in the SSV.
Roberto Borrego, Luís Cidade and Pedro Grancha were the riders who debuted new machines and many more are already planned for the Baja TT Oeste de Portugal

Mini Baja Oeste de Portugal 2022 – Rui Ventura Trophy
Fourth stage of the National Off-Road Championship in Baja Oeste de Portugal, organized by Scuderia Castelo Branco, will pay a simple tribute to a friend who left recently and who did a lot for the dissemination, development and promotion of Off-Road to the youngest . For this purpose, the competition for the youngest will be called Mini Baja Oeste de Portugal 2022 – Rui Ventura Trophy. Participating in national off-road competitions Rui Ventura passed out of the races when it came time to support the career of his son Martim, one of the best pilots of the sport in Portugal. It should be noted that the first edition of a Mini Baja in competitions organized by Escuderia Castelo Branco had the precious contribution of Rui and Martim Ventura.

Inflation forecast stands at 1.73% in April, the highest for the month since 1995