‘Harder than it looks’: the reaction of the international press to the purchase of Twitter by Elon Musk

Economist, Wall Street Journal and Financial Times highlighted the challenges of moderating content on the platform in the face of today’s polarized and misinformation-filled landscape.

The main press vehicles focused on the economy reflected this Tuesday (26/4) the purchase of Twitter by billionaire Elon Musk, from Tesla, for more than US$ 44 billion. The main concern in the articles is about the future of the company, which today is seen as a kind of “global public square”.

Until recently, Twitter had lax editorial policies that favored what some consider full freedom of expression. But in the past two years, in the face of polarizing elections in the United States and the mass dissemination of fake news about the coronavirus, Twitter has started to moderate content, label tweets with information considered false and delete people’s accounts. The most notorious case was that of Donald Trump, who had his account on the platform suspended.

The British magazine The Economist writes on its website that Elon Musk “promises to make free speech on the internet”, but that “this is harder than it looks”. In an article, The Economist recalls that in the first half of 2021, Twitter removed 5.9 million tweets, more than double the 1.9 million two years earlier. In the same period, 1.2 million accounts were suspended, an increase of 700,000.

“How can Musk change things? He has said he will publish Twitter’s code, including its recommendation algorithm, in an attempt to be more transparent. He proposes to authenticate all users and ‘defeat spam bots,'” writes the Economist. Musk also said in a keynote that he prefers temporary account suspensions to permanent bans — which would potentially pave the way for Trump to return.

The magazine indicates that the billionaire tends to ignore the common sense and negative repercussions of his ideas – and that he doesn’t even have economic ambitions with Twitter, which is a company that already faces financial challenges before the acquisition. The idea is that Musk’s main goal is to implement his ideas of free speech on the platform — changing moderation and banning rules.

“Even so, he may find it more difficult than he expects to end moderation,” writes the Economist. “Advertiser boycotts, which provide almost all of Twitter’s revenue, might not bother you at all. But the Twitter app depends on distribution through the Apple and Google app stores, both of whom suspended the Parler app after the Capitol invasion. “

In addition, European governments are passing legislation that forces online content companies to more closely monitor what is being published on their platforms.

To moderate or not to moderate?

In an editorial, the Wall Street Journal highlighted the size of the risk Musk took in buying the company.

“The financing proposal he announced last week includes $21 billion in personal equity. That’s about 10% of his net worth, according to Forbes’ estimate. As collateral for the debt, Musk would also put about a third of his stake in Tesla. It’s not every day that the richest man in the world makes a bet like that.”

To succeed with Twitter, the Wall Street Journal points out that it’s vital for Musk to get the platform’s moderation policy right.

“If Musk strikes a more satisfying balance in content moderation, perhaps he’s right about the hidden value that exists in Twitter. Current management is correct in identifying that most regular social media users don’t want a daily shower of Russian bots.” , jihadist propaganda, toxic harassment, and so on. The same goes for advertisers, who account for about 90% of the company’s revenue. However, the almighty owners of Silicon Valley tech have decided they want to be arbiters of speech. on political topics like climate change and the origins of covid.”

But such changes could upset the most progressives — including employees at the company, which is based in San Francisco, Calif. The paper speculates whether Musk would do as he did with Tesla and take Twitter to Texas, the most conservative American state.

“What does all this mean in practice? Musk realizes he’s walking into a hornet’s nest? Will his vision prevail? Who knows for sure. But it will be fascinating to see Musk try to break Silicon Valley’s culture of progressive compliance.” concludes the editorial.

The Financial Times highlighted that Musk’s purchase of Twitter sparked a partisan battle between Democrats and Republicans. 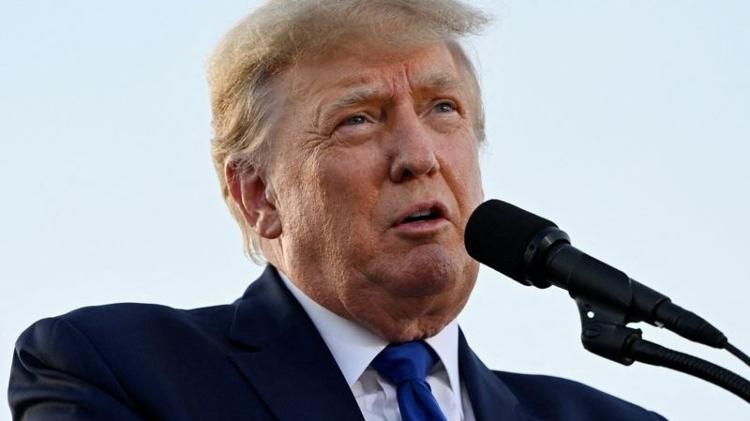 One of the big questions about the change in control of Twitter is whether Donald Trump, who was banned from the platform, will be able to return.

The main character in this battle is Donald Trump, according to the newspaper. Trump reportedly said he does not intend to return to Twitter. But Democratic analysts believe he may change his mind as the next US election cycle approaches.

The paper quotes Democratic strategist Mary Anne Marsh: “Everyone should be concerned about this. We’ve seen the impact Trump has managed to have with his Twitter account before, whether it’s questioning Barack Obama’s birthplace or rejecting the results of the last election. Imagine what he will do to regain power in 2022 or 2024 when there is no one to stop him?”

Among Republicans, the news of the purchase was well received, according to the Financial Times.

“Conservatives are excited at the prospect of what Musk has presented as a ‘broadly inclusive’ Twitter, which they understand means fewer Conservative accounts being closed and a potential opportunity for the reinstatement of banned users such as Trump,” the British newspaper wrote.

“Republicans have complained for years of censorship by major tech platforms, pointing in particular to Trump’s exclusion from Twitter and Facebook following the January 6, 2021, attack on the US Capitol.”

Europe without fossil fuels in 2040, proposes the CEO of Audi