Mercedes-Benz T-Class. All about the “luxury” version of Citan

Almost two years after its first teaser, the Mercedes-Benz Classe T has finally been unveiled and it’s exactly what we’d been hoping for: a more luxurious version of the Citan’s passenger variant, assuming itself as an MPV.

In the visual chapter, the differences between the new T-Class and the Citan are few, but not non-existent. The T-Class has more chrome accents, optional 17” wheels (16” as standard), a slightly redesigned bumper and body-colour painted mirrors.

Inside, the differences are also minimal, one of the few differentiating factors being the adoption of plastics that mimic aluminum finishes. 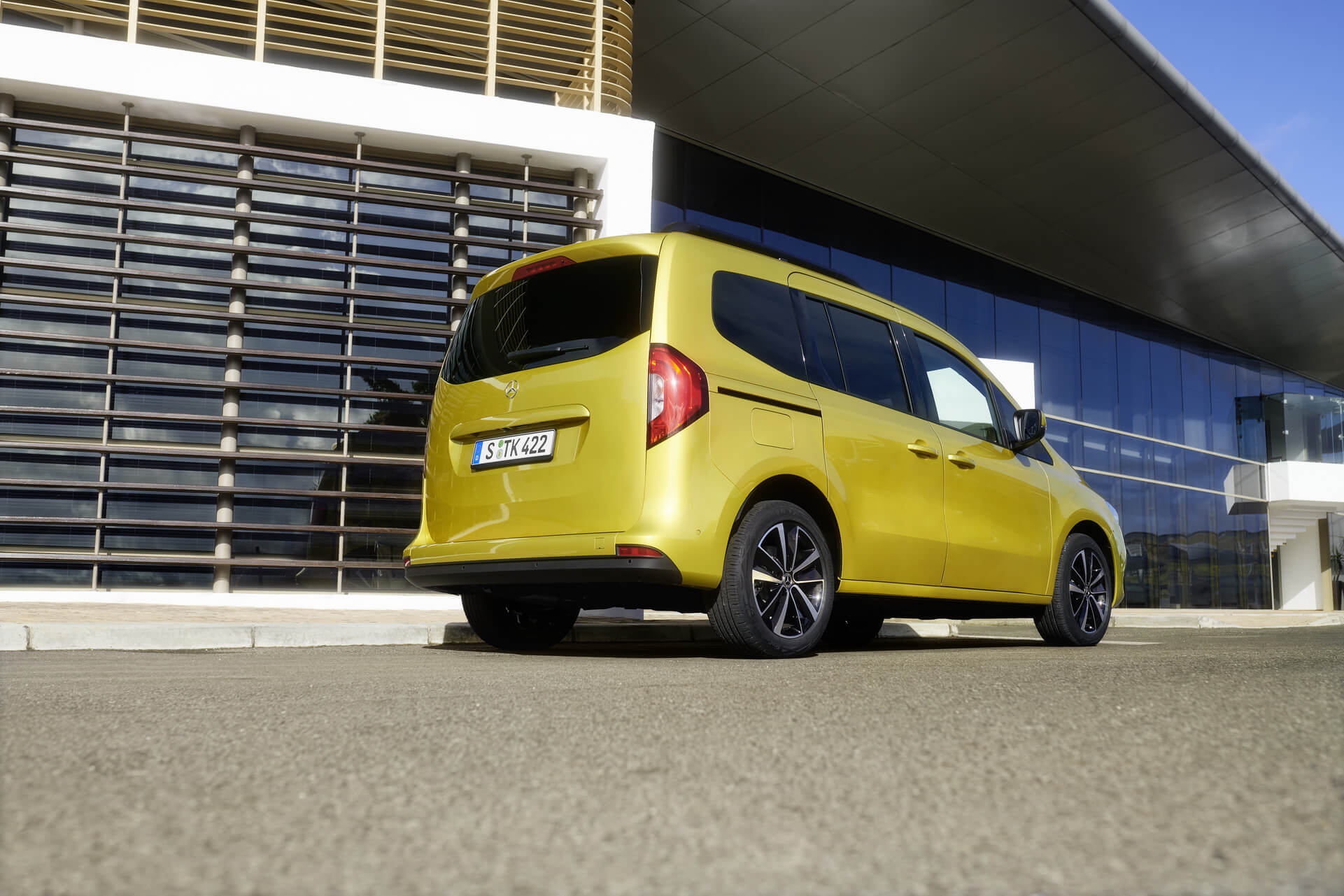 The main difference between the Mercedes-Benz T-Class and the Citan turns out to be based on the standard equipment offer, which is undoubtedly more complete in the proposal now presented.

As standard, the T-Class offers a 7” central screen with the MBUX system, keyless start, a 5.5” color display on the instrument panel (which remains analogue), Apple Car Play and Android. Self. 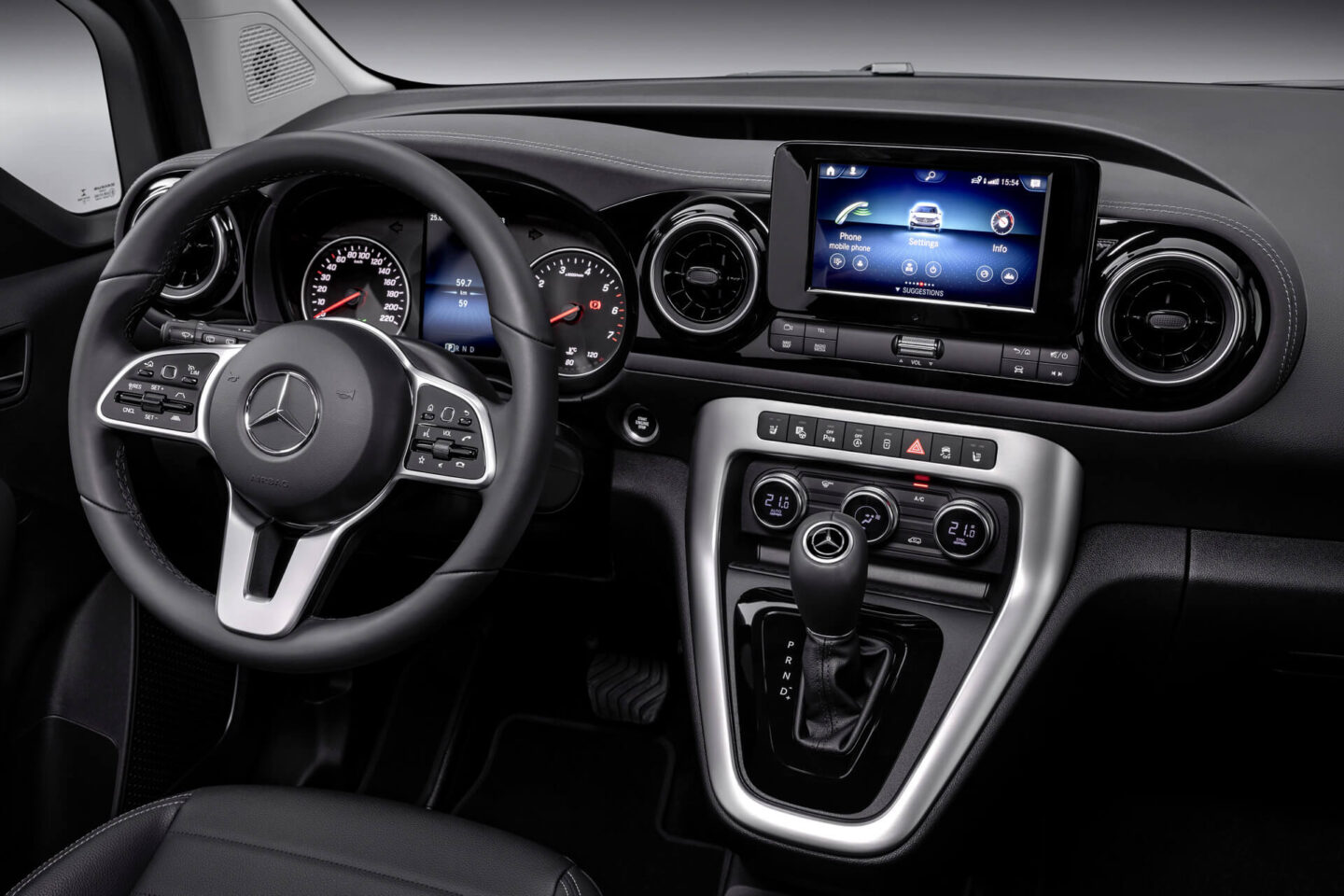 Inside, the differences from the Citan are few.

Finally, in the Style and Progressive Line versions, the T-Class receives imitation leather finishes and LED lights. As for versatility, in addition to the living space, the two sliding side doors and the tables in the back of the front seats should be highlighted.

In the future EQT, the differences should focus on the grille and headlights and also on the rear lights.

All engines are associated with a six-speed manual gearbox, and in the case of the Diesels and Mercedes-Benz T180 it is also possible to opt for a seven-speed automatic gearbox.

Finally, the electric version of the T-Class — the EQT — is still under development, so the German brand did not provide any technical data.

However, if the future EQT uses the same electric machine as the Kangoo E-Tech, we would not be surprised if it came up with a 90 kW (122 hp) and 245 Nm electric motor, with a 45 kWh battery and 300 km of autonomy.

For now, Mercedes-Benz has not said what the prices for the new T-Class will be for Portugal, or when it will arrive on the national market.

Musk says US Twitter users are “niche”, but will expand audience in the country

F1, Jost Capito: “We just have to solve the problems in qualifying”