O Mercedes-AMG C 43 4MATIC has just been revealed and, as already guessed, it has given up its predecessor’s V6 and presents itself with a four-cylinder.

However, this is not just any “four cylinder”. In this new generation, the C 43 4MATIC uses the M 139 debuted on the A 45 — here called the M 139L, due to the longitudinal positioning in the C-Class — and which evolved into the SL 43 by being associated with a mild-hybrid system and a turbocharger. electric. 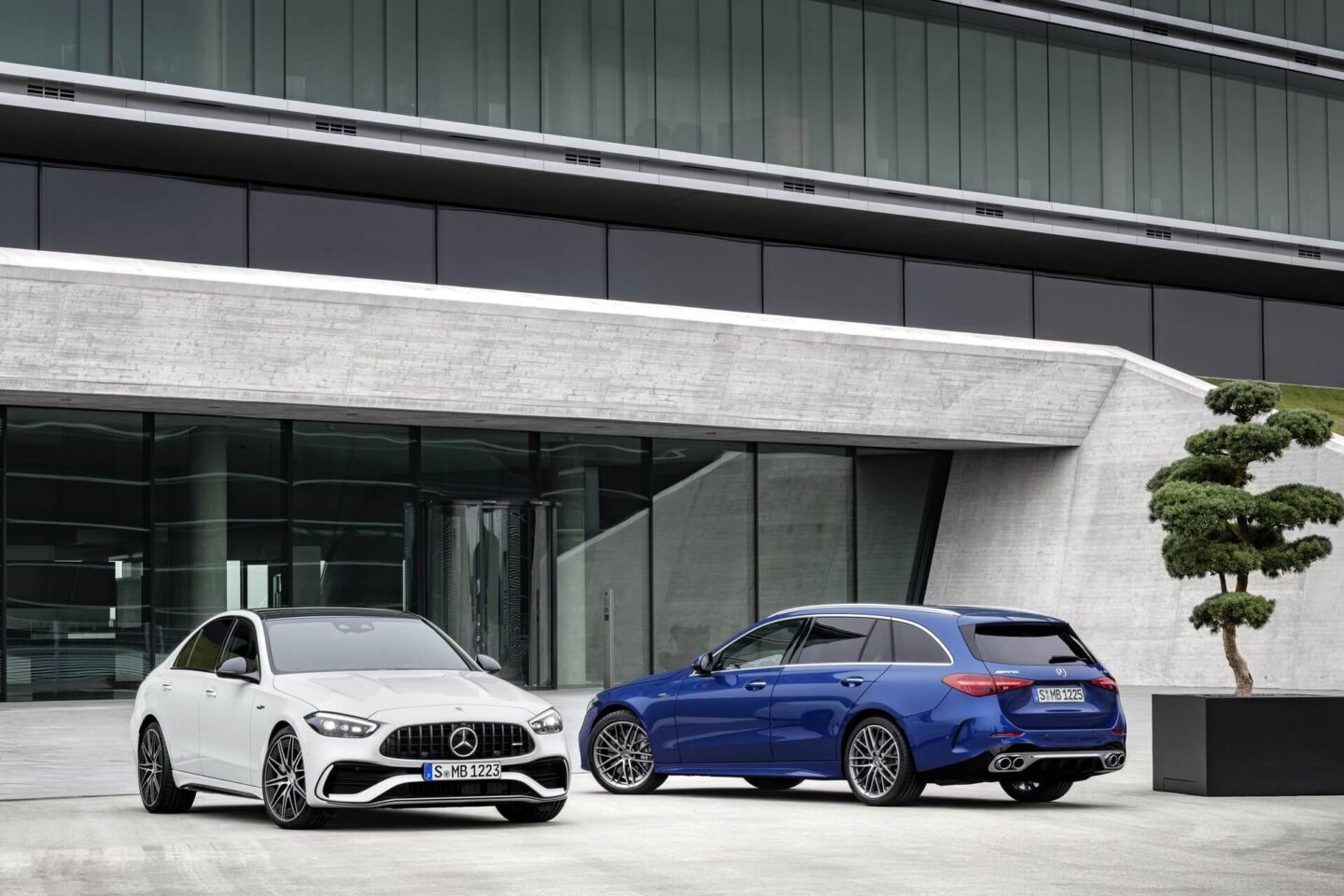 The C 43 4MATIC is available in station wagon and saloon format.

As in the SL 43, the turbocharger is «powered» by a 48 V auxiliary electrical system. The belt driven motor-generator (BSG or Belt driven Starter Generator) provides a momentary boost of 14 hp.

Still about the turbocharger, which is based on the technology used in Formula 1, it integrates an electric motor — positioned between the turbine wheel and the compressor wheel — which allows it to spin up to 175,000 rpm. Remember that in the SL 43 the «limit» was at 170,000 rpm. 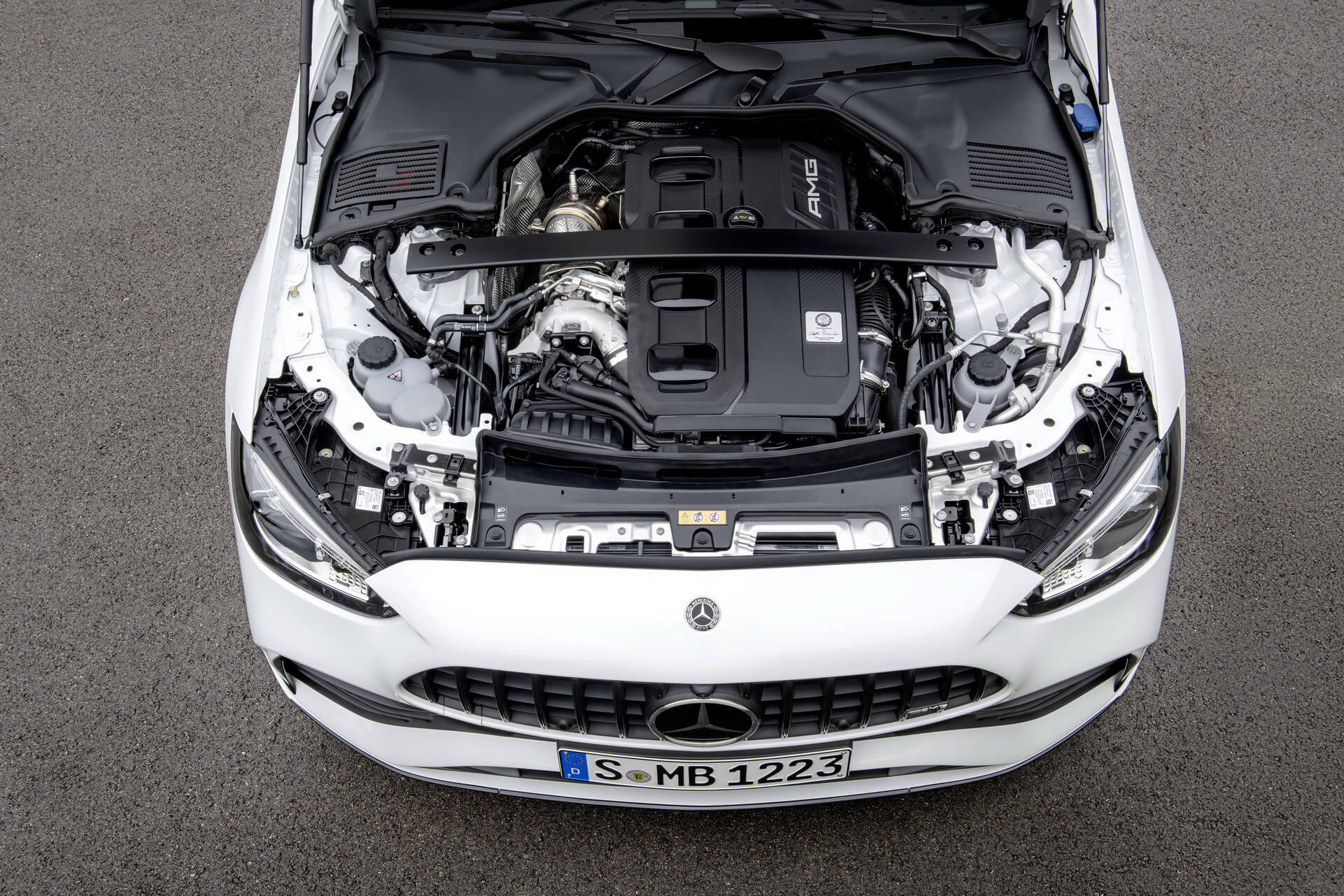 It doesn’t look like it, but it really is a four-cylinder.

Finally, the transmission is handled by the AMG SPEEDSHIFT nine-speed automatic transmission that sends torque to all four wheels.

«Strong to the Road»

In addition to the all-wheel drive system, the Mercedes-AMG C 43 4MATIC has a few more “ingredients” to ensure that its dynamic performance matches the performance.

Thus, in addition to the AMG RIDE CONTROL adaptive suspension system, the German model has, for the first time, a four-wheel steering system that rotates the rear axle by up to 2.5º. 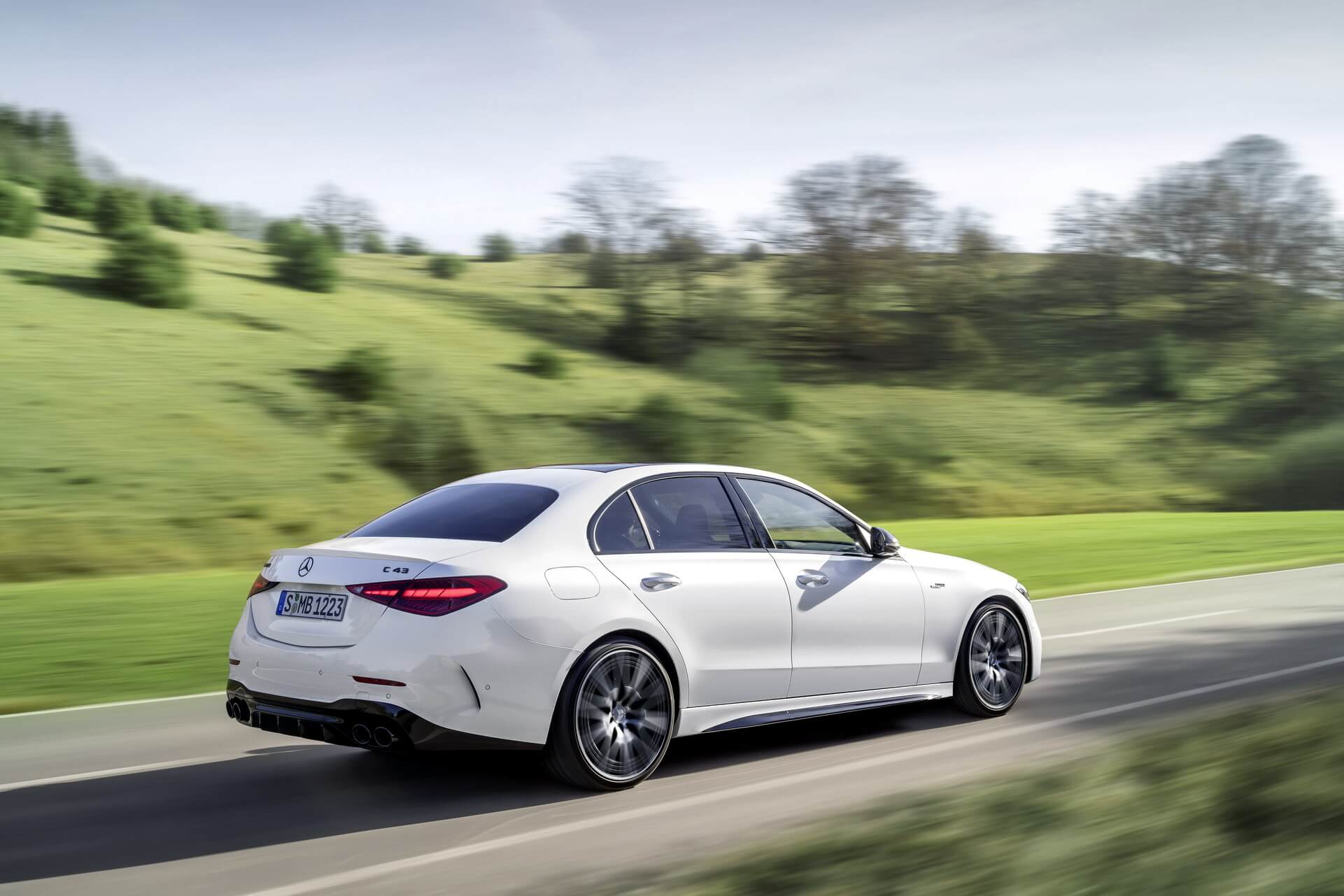 Already thinking about those who will miss the sound of the previous V6, Mercedes-AMG has equipped the C 43 4MATIC with an adaptive exhaust system that changes its sound depending on the engine speed and the selected driving mode.

If this is not enough, there is also the optional AMG Real Performance Sound which uses the sound system to project the sound of the engine into the cabin. 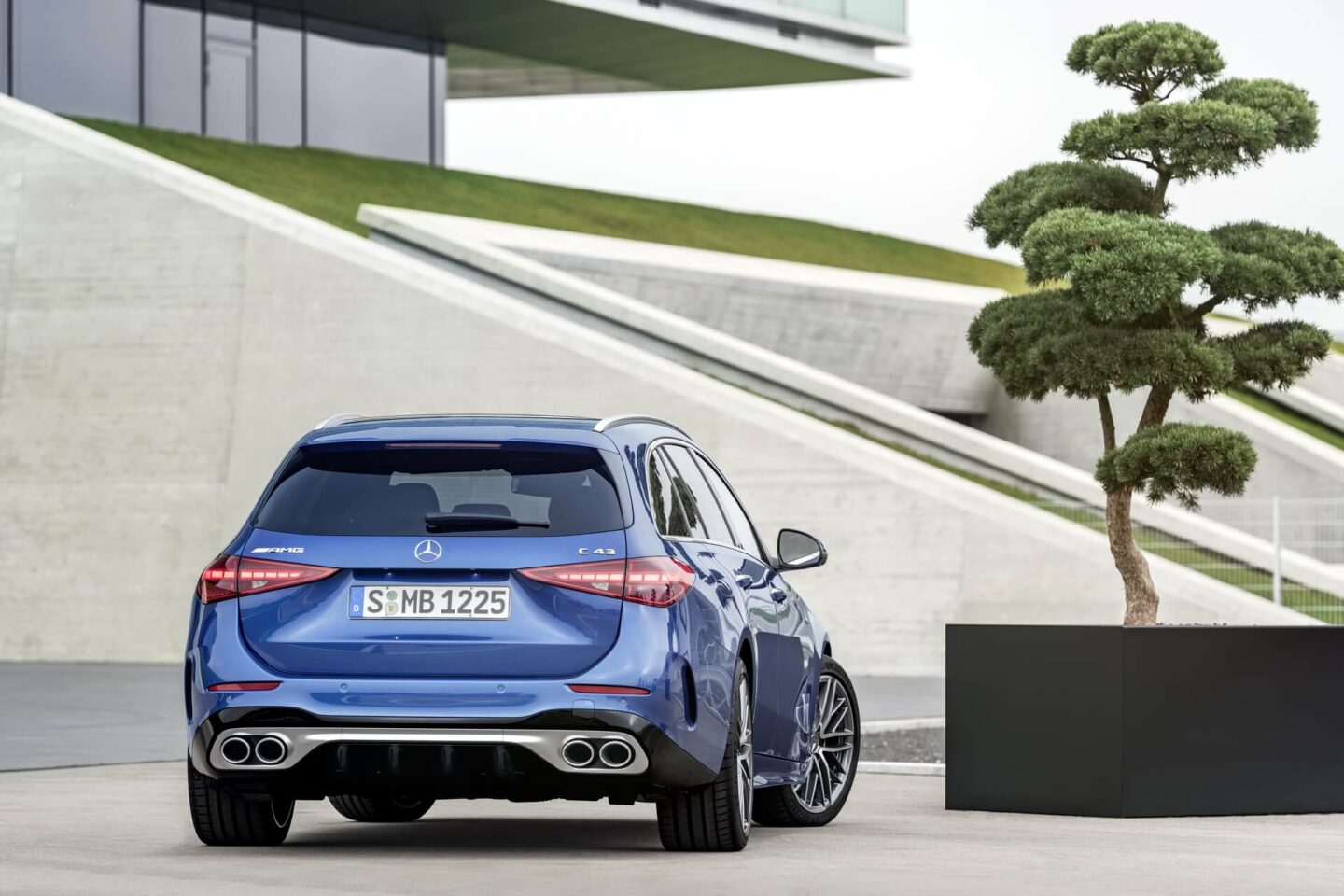 Visually, the new Mercedes-AMG C 43 4MATIC is not lacking in differentiating factors. At the front, the “Panamericana” grille and the new bumper stand out. 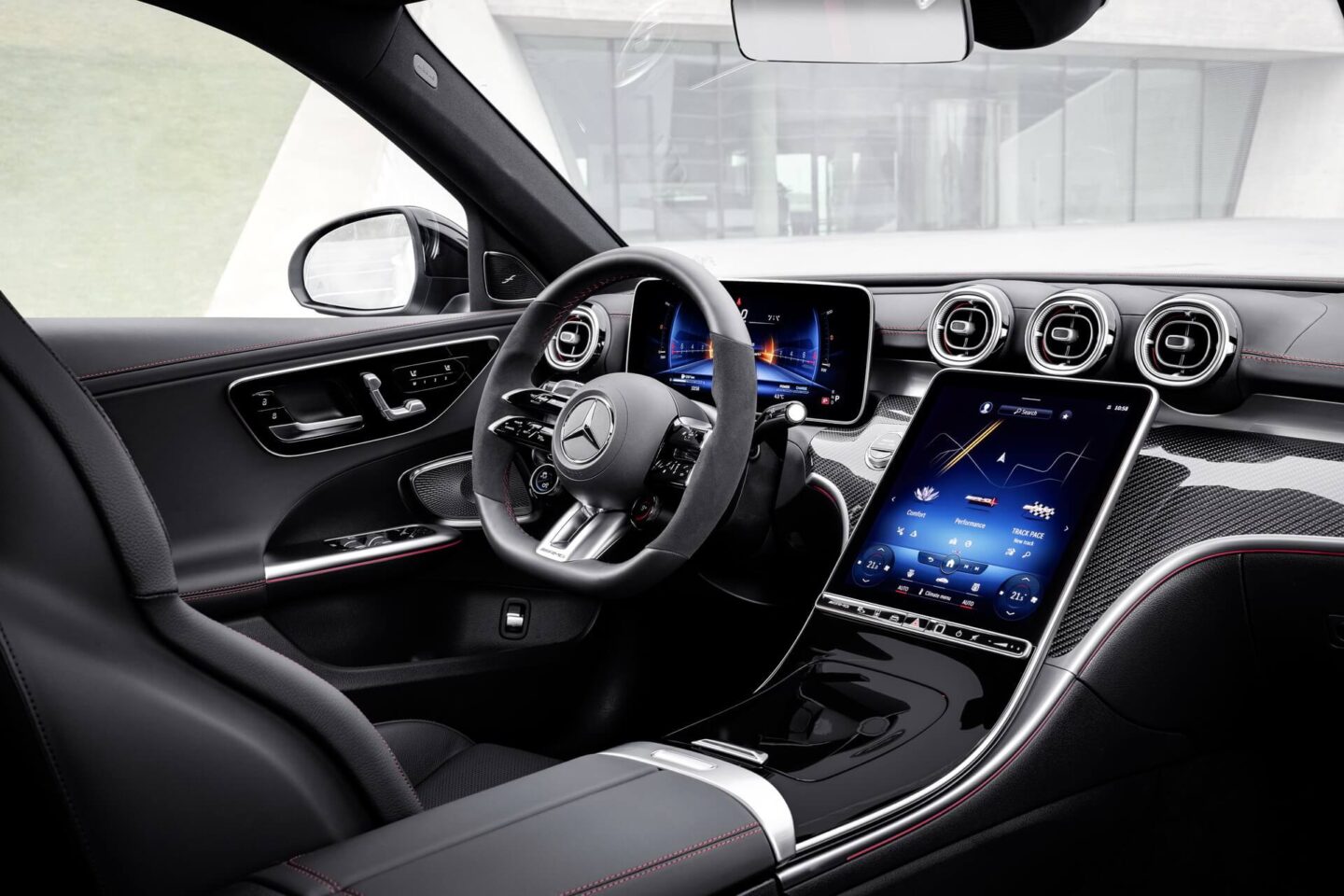 Inside, the seats are AMG-specific, with red topstitching, a flat-bottomed steering wheel that integrates the driving modes control and a series of specific modes in the MBUX infotainment system.

Among the main rivals of the new Mercedes-AMG C 43 4MATIC are its compatriots BMW M340i xDrive and Audi S4. The Bavarian model comes with a 3.0 l inline six-cylinder that delivers 374 hp and 500 Nm without any kind of electrification.

The Audi S4 also has six cylinders, but these are arranged in a V and the engine is powered (in Europe) with… diesel. In total this 3.0 V6 produces 341 hp and 700 Nm of torque.

For now, we still don’t know how much the new Mercedes-AMG C 43 4MATIC will cost, nor when it will hit the domestic market.

Bolsonaro government counts on Lira to bar aid to R$ 600