The durability of cables for charging cell phones or other electronics depends on the quality of their components, but also on how they are used and stored. A lot of people end up having one in reserve, so they don’t run out of battery when least expected.

The tangle of wires can also be a nuisance, in addition to the need to always have an outlet available.

To try to solve these problems, smartphone manufacturers have been betting on wireless charging. It uses induction energy transfer, a technology derived from an ancient process developed by Croatian inventor Nikola Tesla. Just plug the charger into the socket and bring the phone closer.

If you want to try this option, but don’t know how to choose, check out some tips:

There are few wireless charger standards on the market. The most famous of them is Qi, a nomenclature used by companies such as Apple, Samsung and Xiaomi, among others. You can also find technologies like A4WP and PMA Powermat.

There will hardly be any compatibility issues, as cellphone manufacturers default to Qi. But anyway, it’s worth researching this before buying the accessory.

You can find models ranging from 5W to 20W. This variation impacts the price of the product and recharge time. If the budget allows, prefer chargers with more power, which allow you to recover half of the battery of some smartphones in up to 30 minutes.

Loading ways can change from one model to another. There are chargers that activate the battery by approximation – in these, you need to leave the cell phone on a tray on the table. In others, it is necessary to dock the phone in a vertical base. Some have a kind of magnetic hook, which attaches to the device.

An important point: the charger base must have the same power as the source connected to the outlet. Want an example? The Apple model has 15W, but it must be connected to a source of equal or greater power for this capacity to be reached.

There is no consensus on the impact of wireless charging on battery life. Manufacturers claim that there is no risk if the charger follows the correct specifications.

But a study from the University of Warwick, England, pointed out that this type of charging can make the batteries get hotter than desired. In lithium-ion batteries, such as cell phones, this could shorten their lifespan.

Here are some popular models with good reviews from consumers. 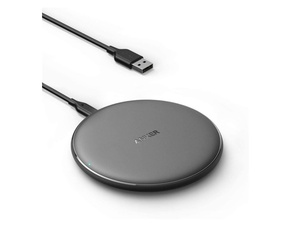 This wireless charger from Anker uses the Qi standard and has 10W of power. It can power any other device that supports this standard, such as wireless headphones. According to the manufacturer, you don’t even need to take the case off your cell phone.

It is compatible with several Samsung smartphones, such as some of the Galaxy line, and with some Apple models, such as the X and SE line. Comes with 1.2m micro-USB cable.

“Product corresponds to the ad, easy installation and use”, wrote consumer Bruno Tarsis on the Amazon website. 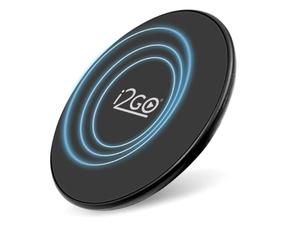 With 10W of power, the I2GO wireless charger is light, discreet and compact, with a non-slip base. Charge cell phones and other devices that support the Qi standard, such as Bluetooth headphones. It is compatible with various models from Samsung and Apple.

“It’s really practical for what I need,” wrote consumer Vinicius on Amazon’s website. 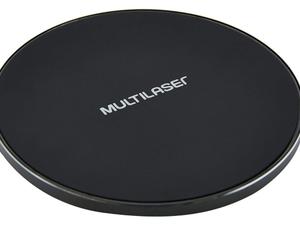 The Multilaser option uses the Qi standard and has 10W of power. It comes with a 1 meter long USB cable. According to the manufacturer, charging starts when the device is 8 mm away from the base. It is compatible with smartphone models from Samsung Galaxy S8 and from iPhone 8 onwards. 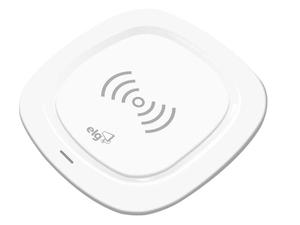 The ELG charger is more affordable than its competitors, because its power is only 5W. It has an LED indicator light and comes with a micro-USB cable. Also in Qi standard, it is compatible with various models from Apple, Samsung, Nokia, Motorola, Google, LG and Sony.

“It serves the purpose well. It worked very well with an iPhone 11”, wrote consumer Gustavo on the Amazon website. 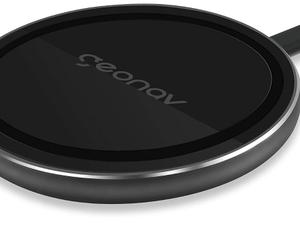 For Samsung smartphones, the Geonav model uses 10W of power. For Apple’s, 7.5W. In both cases, the standard is also Qi. Its design has non-slip rubber and glass finish. 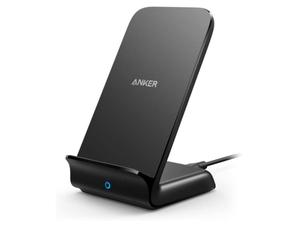 Charge your cell phone in an upright position with 10W of power, using Qi technology. According to the manufacturer, it allows the battery to be recharged even if the device has a case. It comes with a 1.82 meter long micro USB cable.

It is compatible with Qi enabled phones such as some models from Apple, Samsung, Sony and LG.

A tip: do you usually shop online? Subscribing to Amazon Prime can be a good alternative. With the first month of free trial and then for only R$ 9.90, you have free and fast delivery for several purchases anywhere in Brazil.

*Prices and listing were checked on April 26, 2022 to update this story. It may be that they vary over time.

UOL may receive a portion of sales through the links recommended in this content. Store prices and offers do not influence editorial selection criteria.

Piauí, Distrito Federal, São Paulo and Goiás have the highest quality of fixed internet for downloading and consuming high-resolution online videos, according to a survey by the My...

The extraordinary withdrawal of up to R$1,000 from the FGTS to 42 million workers caught the attention of scammers and fraudsters who, taking advantage of security flaws, managed...

Whenever you think about investing in a high-performance (and, consequently, more expensive) notebook, the MacBook Air line ends up appearing on the list of options. It was consecrated...

Did everything fall? See the 20 funds that most returned in the first half

The first half of 2022 was marked by a high level of uncertainty and pessimism in global markets, in addition to different levels of the return of covid-19...

Cold Start. On the autobahn the Civic Type R proved how it set so many records

Vila Real Circuit. The message to promoters, FPAK and the government