Who was the Brazilian who revolutionized the struggle of domestic workers

The union movement of Brazilian domestic workers was born in Santos (SP), in 1936, on the initiative of Laudelina de Campos Melo, Mrs. Nina. She and other pioneers realized that they were not entitled to unionization or protection under current laws and joined forces.

Almost 90 years later, the country has more than 5 million people in this category, with almost 70% of them not even having a formal contract. During the pandemic, more than 1 million jobs in this sector were destroyed in Brazil.

The scenario is not worse, because the mining company of Poços de Caldas, which was born in 1904, less than 20 years after the declaration of the abolition of slavery (1888), started to act as social organizations of the black movement when it moved to Santos in the 20s.

She was 16 when she received her first paycheck. She dropped out of school to take care of her younger siblings and worked since she was 7 while her mother was a baker and laundress at a hotel in the city.

Her activism was essential to the category — and by extension to black women. The first labor rights, such as a formal contract and social security, had only come in 1972, with many restrictions, but that was the beginning of the struggle.

To give you an idea, at that time, domestic service was mentioned in sanitary and police laws, but only with the aim of protecting society against domestic workers. They were explicitly seen as potential threats to employing families.

“If even today the association between slavery, domestic work and black people is still in the social imagination, without a doubt in the first decades of the 20th century it was still very present”, wrote sociologist Joaze Bernardino-Costa, in his doctoral thesis at UnB (University of Brasilia).

Even the CLT (Consolidation of Labor Laws), which in 1943 unified the existing labor laws until then, would not bring benefits to domestic workers.

“Most of them worked 23 years and died on the street, begging for alms. There in Santos, we took care of them, treated them to death. It was a residue of slavery, because they were all descendants of slaves”, said Laudelina in an interview with the educator. Elisabete Pinto, who published a master’s thesis at Unicamp (State University of Campinas). Laudelina in 1962 at a restaurant in Brasília, making a speech for equal rights for domestic workers, amid male union leaders

In the 1930s, already living in São Paulo, Laudelina joined the PCB (Brazilian Communist Party), fought for the FNB (Brazilian Black Front), an entity of the black movement that would also be recognized as a party, and founded the first association of domestic workers. of Brazil, in Santos.

At that time, other entities of the category would also appear in São Paulo, which, together with the FNB and so many political, cultural and class groups, would end up persecuted and closed during the dictatorship of Getúlio Vargas in the Estado Novo (1937-1945).

During World War II (1939-1945), Laudelina enlisted to work as a war aid in the country. “Hitler was the greatest executioner that existed at that time. It said in the Blue Book that he would eliminate all races that were not Aryan, especially the black race. serve the country”, explained Laudelina to Elisabete Pinto.

She would work as a domestic worker until the mid-1950s, when she lived in Campinas (SP) and started to earn money through a pension she set up and snacks that she sold on soccer fields. 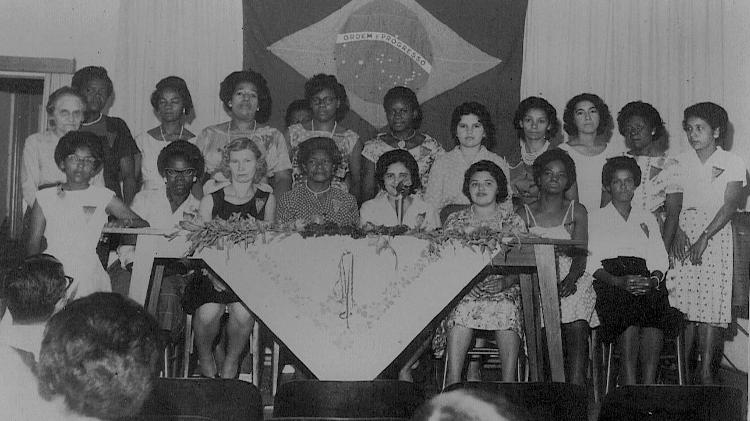 The association founded by her had resumed functioning with the end of the Vargas dictatorship, but the trajectory of persecution was not over.

With the military coup of 1964, which re-established a dictatorship in the country, the association of domestic workers had to take shelter in the UDN (National Democratic Union) party, whose main leader was Carlos Lacerda, in order not to close its doors.

In 1988, with the promulgation of the new Constitution, the association would finally become a union.

She did not live to see the approval of the so-called PEC das Domésticas, in 2013, which guaranteed the same rights for domestic workers that other professionals already had, such as a 44-hour workweek, with a limit of eight hours a day, -extra and payment of FGTS.

“(Laudelina’s trajectory) was fundamental for the organization of the category in the search for rights. Laudelina also raised, through her union activities, flags against racial prejudice and against discrimination against women”, says the National Federation of Domestic Workers. 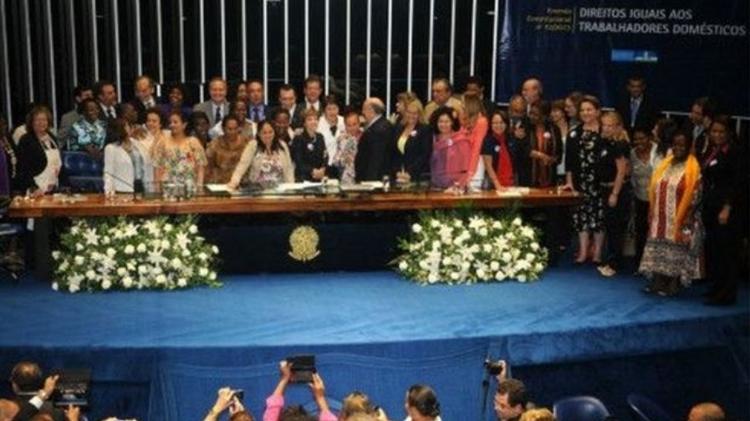 In 2013, the National Congress enacted a PEC for domestic workers, which extended rights already guaranteed by the Constitution to workers in general to domestic workers.

With the increase in the number of cases of covid-19, questions arise about how workers should act if they catch the disease now, after the end of restrictions...

Asteroid traveling at 37,000 km/h passes close to Earth this Thursday (28)