Systems analyst Robson do Nascimento, 44, needs surgery to walk again. In early 2021, he discovered that he has osteocrenosis (necrosis of the femoral head), a consequence of the drugs he took to treat cancer (Hodgkin’s lymphoma).

He had hoped to undergo the surgical procedure in October, but found out on a trip to the surgeon that Amil had discredited the office he had been attending since the beginning of the year. Nascimento often traveled from Nova Iguaçu (RJ), where he lives, to the capital of Rio to be evaluated by a hip specialist. Amil denies any problems and says that the coverage of the plans remains the same (read what the company says in detail at the end of this text).

There have been six months of uninterrupted attempts to get the health plan approved and complaints registered on the website of the ANS (National Supplementary Health Agency), the entity that regulates the private health plan market in Brazil.

“Amil’s accredited network was scrapped. Today, for example, I can’t find a doctor specializing in hips. I’ve never been able to talk to the plan”, he complains.

Almost 150 days after Amil transferred 337 thousand individual and family plans to APS (Personalized Health Care), the beneficiaries of the health plan still report difficulties in medical care. In February, the UOL brought the first stories of customers impacted by the negotiation.

During this period, APS, which belongs to the same holding company as Amil, UHG (United Health Group), tried to negotiate the portfolio with a new company formed by three partners. The ANS said “no” to this onslaught, but it can still reverse the decision (learn more at the end of this text).

Robson do Nascimento’s disease, which causes the bone in his left leg to crumble because of problems with blood circulation, limits his locomotion. The systems analyst spends most of his time lying in bed. When he stands, it is with the help of crutches.

He has already researched how much the procedure would cost if he paid out of pocket, but he was scared by the price: R$ 24 thousand. He also tried to find out if he would get the surgery free of charge through the SUS (Unified Health System), but he says he has not received a response so far. Amil customer since 2009, Nascimento pays R$ 613 in the monthly fee of his plan transferred to APS.

“I’ve already received two job offers, but I had to refuse because they are face-to-face jobs and I can’t walk. My life is at a standstill”, he says.

To lessen the pain, Nascimento takes a combination of strong painkillers every three hours. The surgery he needs would remove the head of the femur for implantation of a prosthesis in the left hip.

By his calculations, he would already have been walking normally if he had done the procedure as imagined. Asking for the portability of the plan would be a risky way out, as he would be forced to wait two years for having a pre-existing disease, acute sickle cell anemia. 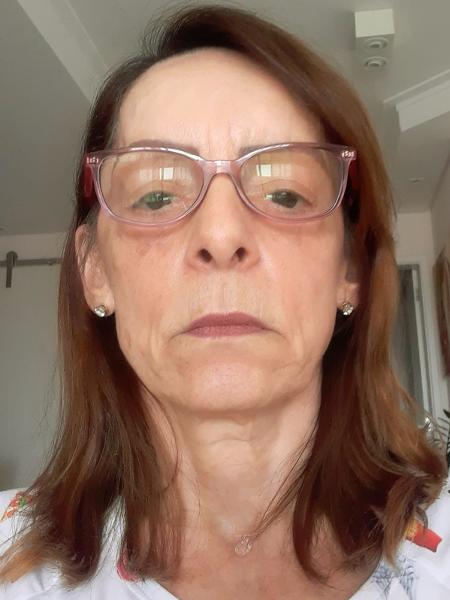 Aparecida Senelon has a small aneurysm that needs medical attention

She lost a doctor who treated her aneurysm

In 2014, retired Aparecida Senelon, 65, underwent surgery to treat a brain aneurysm. The procedure solved the problem at the time, but brought two complications discovered later: a sequel that impairs his coordination on the right side and an aneurysm of a few millimeters, which needs care.

Amil user since 2007, Aparecida says she has never faced difficulties leaving her home, in Santo André, ABC Paulista, to be followed up once a year with the same doctor at the 9 de Julho Hospital, in downtown São Paulo. However, she was surprised in March of this year.

When trying to make an appointment with a neurologist at the same hospital, he heard from the attendant that his plan had been turned off in October 2021. “It’s crazy. [de outubro]”, account.

After complaining to the ANS, Aparecida claims that an APS employee scheduled an appointment at another hospital without her knowing. She rejected the replacement outright. “This is coercion, abuse. I don’t pay to be treated this way”, criticizes Aparecida. Her plan costs $2,300 a month.

While looking for a solution, I learned that the Delboni and Lavoisier laboratories, which he always used, were also removed from his health plan.

According to the retiree, it is urgent for her to be able to resume regular care with the doctor who has been treating her for almost eight years. “I’m afraid that this aneurysm will rupture. There’s no way around it, it’s irreversible.” 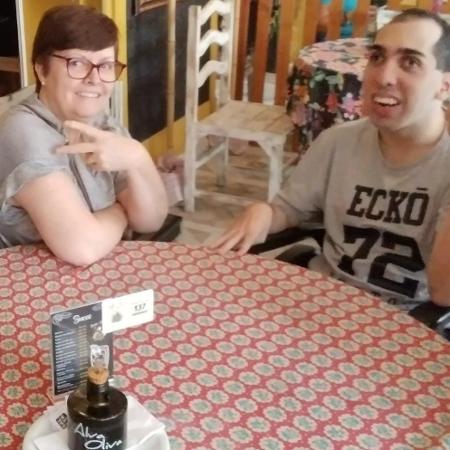 Son with cerebral palsy is without AACD

The housewife Neusa Grolla, 56, also says she has had problems with Amil in recent months. She does not use the insurance, but is responsible for closely monitoring her son Guilherme, 29, who was born with cerebral palsy. They live in Vila Diva, on the east side of São Paulo.

She signed on to Amil’s plan in the 1990s primarily to use the AACD hospital, which specializes in people with disabilities. The pandemic interrupted medical consultations, but Neusa hoped to return to the Abreu Sodré unit, in the south of the capital, at the end of 2021 – and was informed of the disqualification by phone.

Guilherme regularly sees a physiatrist, ophthalmologist and orthopedist. “My fear is that he will lose the doctors who have been with us since his first surgery.” Neusa pays APS R$ 730 monthly.

In February, she says, an APS attendant offered hospital options that didn’t cover specific care for people with disabilities. Since she refused the offer, Guilherme’s mother is waiting for a contact with the suggestion of units that can replace the AACD at the time.

As soon as she learned of the loss of the hospital, Neusa tried to seek a solution through SUS. She entered a queue in March, but not knowing if she will be served.

“I feel wronged. I want the hospital [AACD] back. Please, Amil, give me back this hospital”, says Guilherme Grolla.

What does Amil say about the problem

When questioned, the UHG states that health insurance coverage remains the same after the transfer. The owner of Amil also says that the obligations with users were also not modified.

“As for the maintenance of the accredited network, there was no atypical adjustment after the transfer of the portfolio and the number of consultations, procedures, hospital admissions and outpatient care did not change during this period”, he guarantees.

At first, ANS prohibited APS from transferring customers from Amil to a company outside the group. Since April 6, Amil has taken over the portfolio that was transferred to APS.

On Monday (18), ANS received a counter-proposal from the company, which will be analyzed. There is the possibility of approval of the deal.

The agency said the counter-proposal will be analyzed and then there will be a disclosure about it at an “opportune time”, without giving a date.

Petrobras CEO: There is no significant relationship between fuel price and profit

WRC: Be very careful in testing for the Rally de Portugal