Alexa headset and speaker are discounted up to 34%; check out

Amazon’s first line of wireless smart headphones, called Echo Buds, arrived in Brazil in February 2022. With the differential of having the Alexa virtual assistant, the device was launched here at R$899.

According to Amazon, the headphones provide clear, balanced audio and have microphones that pick up voice commands to trigger Alexa, without the need to touch anywhere. If you are interested in the product, know that it is on sale until the 8th of May (or while supplies last): in the amount of R$ 749 (17% discount).

Among the requests that can be made to the virtual assistant are:

access a playlist or artist on music streaming services (such as Amazon Music, Spotify and Apple Music) change tracks, turn up the volume, play podcasts, listen to the newscall a contact in your cell phone book without taking your phone out of your pocket listen to e-books 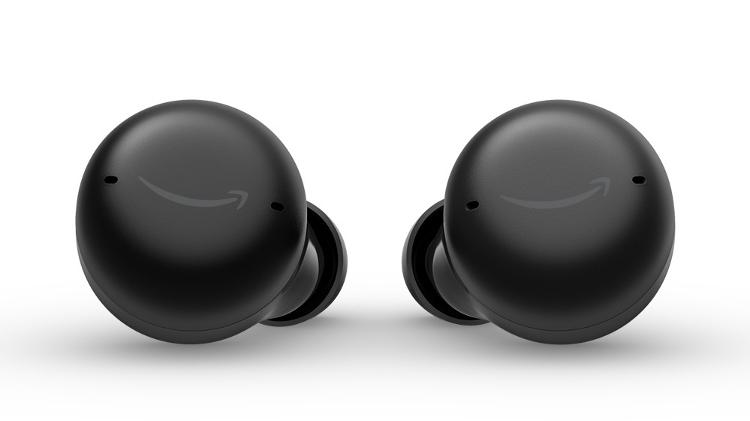 The headphones are IPX4 rated — they withstand splashes of water, sweat or light rain — making them interesting for sports activities because they are wireless.

Its shape is similar to that of Samsung’s Galaxy Buds: just a ball that fits into the ear opening, without “little legs” like Apple’s AirPods.

The manufacturer promises up to five hours of music playback on a single charge. The battery built into the case is capable of carrying out two additional charges, totaling up to 15 hours of use. To check the autonomy, just say: “Alexa, what is the battery level?”.

Other gadgets on offer

The well-known smart speakers equipped with the Alexa virtual assistant can also be purchased in the promotion. Here are items from the Echo Dot, Echo Show, Fire TV Stick, and Kindle lines at a discount:

Echo Dot is one of Amazon’s most popular smart speaker. It is compact in size and can be used in a variety of situations and locations, from living rooms to bedrooms. It brings together several functions, such as a sound box, and can be connected to other devices via Bluetooth. The main attraction is the presence of the Alexa assistant, which works by voice command and allows you to listen to the news, consult the weather forecast and also control appliances in your home.

It is an updated version of the Echo Dot. The device brings novelties both in design, which now resembles a sphere, and in its components. In the second aspect, the speaker stands out, which has frontal direction and greater capacity for the reproduction of bass sounds. Other than that, it retains the functions of the Alexa assistant, which can be voice commanded and control smart devices in your home. It also connects with other devices via Bluetooth.

It is a version of the Echo Dot 4, but with a difference: in front of the spherical body of the device there is a digital clock. Other than that, it retains the same features, such as the improved sound system and directional, and the built-in Alexa, which can be controlled through voice commands and interact with smart devices in your home.

This is an evolution of the Echo Dot. The Echo 4 stands out for bringing a considerably superior sound quality compared to the simplest model and is also able to adapt to the environment in which it is used. It maintains the functions of the Echo Dot in terms of the Alexa assistant and can also connect with other Amazon devices, such as the Echo – which allows you to listen to music in various environments – and also with the Fire TV, turning into an auxiliary speaker for the displayed content.

The Echo Show 5 features similar functions to other Echo devices. The big difference is the presence of a 5-inch (12.7 cm) screen and a 2 MP camera, which allows it to be used for video calls. In addition, it works as a picture frame and can also be used to watch videos and also content from streaming services.

This is an improved version of the Echo Show 5. Starting with the screen size, which is 8 inches (20.3 cm). The display can show images in high definition, and the speakers are more powerful. The camera is also better, at 13 MP, and it has an auto-framing feature, keeping the subject whenever possible in the center of the capture area during video calls. Other than that, it retains the Alexa assistant functions and can be used to play video content.

Fire TV Lite is the simplest version of the device lineup. It is capable of turning any monitor with an HDMI input into a smart TV, with access to various streaming applications. It comes with a remote control that accepts voice commands and has an Alexa assistant. The difference here is that the sound played is simpler and it does not support 4K content.

Fire TV uses any display’s HDMI input to stream content, which includes services like Amazon Prime Video and Netflix. In this version, it transmits videos in 1080p and has Dolby Atmos audio. It has a remote control that can be activated via voice and has the Alexa assistant built-in. It can also be paired with other Amazon devices such as the Echo Dot.

The device allows access to streaming applications such as Amazon Prime Video, Netflix, Disney Plus, among others, with higher image resolution. In this version, it is capable of playing 4K scenes. It has 8 GB of internal storage. It can be commanded via remote control through voice instructions, as it has the built-in Alexa assistant.

Amazon’s e-book reader is also on sale. This generation Kindle has a 6-inch (15.2 cm) anti-glare screen, with a surface that mimics the tactile sensation of paper. It comes with backlighting, with four LEDs fulfilling this function, which helps with night readings. The internal capacity is 8GB, and the battery tends to last up to six weeks.

A tip: do you usually shop online? Subscribing to Amazon Prime can be a good alternative. With the first month of free trial and then for only R$ 9.90, you have free and fast delivery for several purchases anywhere in Brazil.

*Prices and listing were checked on April 28, 2022 to update this story. It may be that they vary over time.

UOL may receive a portion of sales through the links recommended in this content. Store prices and offers do not influence editorial selection criteria.

Credit Suisse lowered its forecast for Brazil's 2023 Gross Domestic Product (GDP) growth to 0.2%, from 0.9% previously, and drew attention to the country's fiscal risks and their...

The Ministry of Mines and Energy predicts a reduction of up to 20.9% in the average price of gasoline for consumers, in the best possible scenario with the...

By Stephen Nellis SAN FRANCISCO (Reuters) - Apple Inc wants consumers to fuel directly from their dashboards by the middle of next semester when the latest version of...

Opinion: Cleveland Prates - Air Baggage 'Free Shipping' Bill Will Be Paid by All of Us

Formula 1: Teams welcome the return to South Africa, but not at the expense of European ‘classics’