Corsa Eco 3. The «king of consumption» that Opel did not produce

In this year 2022 in which the Opel Corsa celebrates its 40th anniversary, we remember the Eco run 3a project that shows us that the incessant «search» for more efficient and economical cars is almost as old as the car itself.

Launched in 1993, the second generation Corsa remains the most successful ever, with four million units sold. And part of its success was due to versions equipped with Isuzu Diesel engines, still recognized today for their frugality and durability.

But the brand’s engineers in Rüsselsheim knew that it was possible to go further on this topic of efficiency and fuel economy, setting the tone for the development of the Corsa Eco 3.

DO NOT MISS: This Opel Corsa B is the latest member of the “1 million kilometers club” 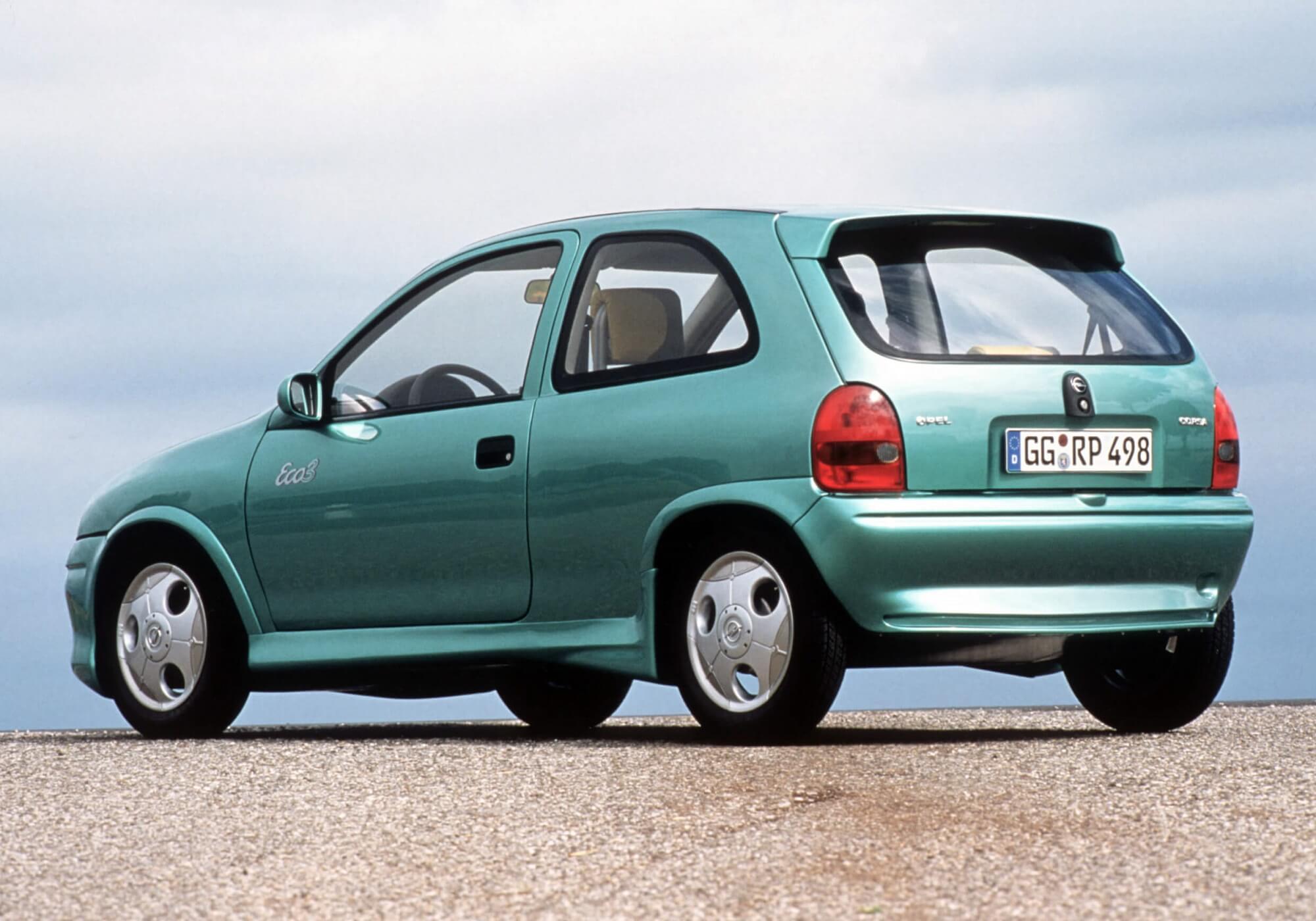 Although the focus of the Corsa Eco 3 was on consumption, the new aerodynamic appendages gave it a sporty look very close to that of the contemporary Corsa GSi.

However, this development was not of the moment; Opel had been doing this for several years, always looking to reduce the fuel consumption of its cars.

In 1991 he introduced the Eco 2, a prototype based on the then new Astra F, which consumed up to 27% less fuel than a comparable gasoline engine, settling at 5.0 l/100 km. 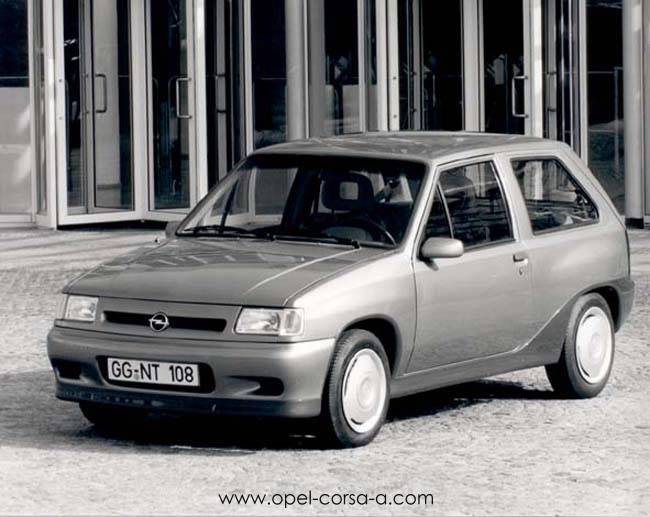 These developments would culminate in 1995, with the unveiling of the Corsa Eco 3 at the Frankfurt Motor Show, now based on the second generation of the German utility vehicle. It was the most ambitious of all, as the goal was to reach 3.0 l/100 km.

A goal that gained some traction at the time, being explored by several builders and that this Corsa Eco 3 would eventually manage to achieve to a large extent.

But how did you manage to do it?

First, it was necessary to «cut the wind»

Some of the “ingredients” to achieve lower consumption are “old acquaintances” in the automotive industry. One of them is to reduce aerodynamic drag, as less energy is needed to beat the air.

But taking the Corsa B as a starting point, whose aerodynamic coefficient (Cx) was a less than «famous» 0.37 — worse than the vast majority of today’s SUVs —, it would always be a challenge to get it to «cut the wind» in a good way. more efficient.

The objective would, in spite of everything, be achieved. The Corsa Eco 3 advertised a Cx of just 0.295, an excellent value for the height and, above all, for a small utility – it would only be improved by the Audi A2, in 1999. 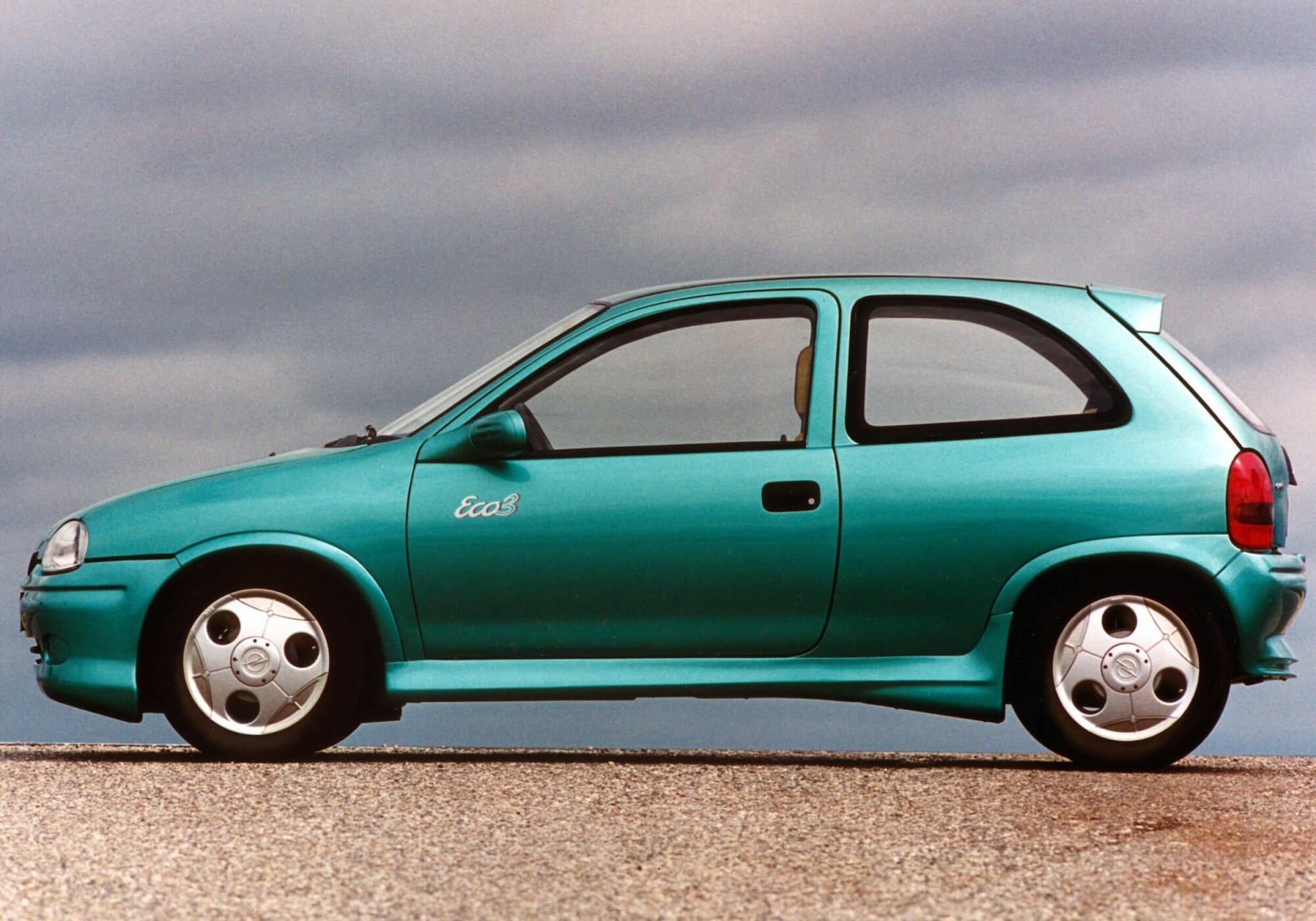 The design of the rims makes clear the concerns with aerodynamic performance. The 155/70 tires were quite narrow to reduce rolling resistance.

To achieve this, Opel equipped this prototype with a more rounded hood, a specific rear spoiler, side skirts and even an additional aerodynamic appendage before the rear axle to allow a more continuous airflow.

The end result was a model whose aerodynamic resistance was improved by 20% compared to the series models and which, at the same time, gave the Corsa Eco 3 a sportier and more attractive look.

The other key “ingredient” for lower consumption was to reduce the vehicle’s mass. It was mandatory to cut all the “extra pounds” and Opel did not look at the cost to achieve this.

In the doors, hood, tailgate and bumpers, steel gave way to carbon fiber. By doing so, it was possible to save 80 kg compared to the production Corsa. The replacement of the glass used in the headlights and windows with polycarbonate made it possible to «cut» 17 kg from the final mass. 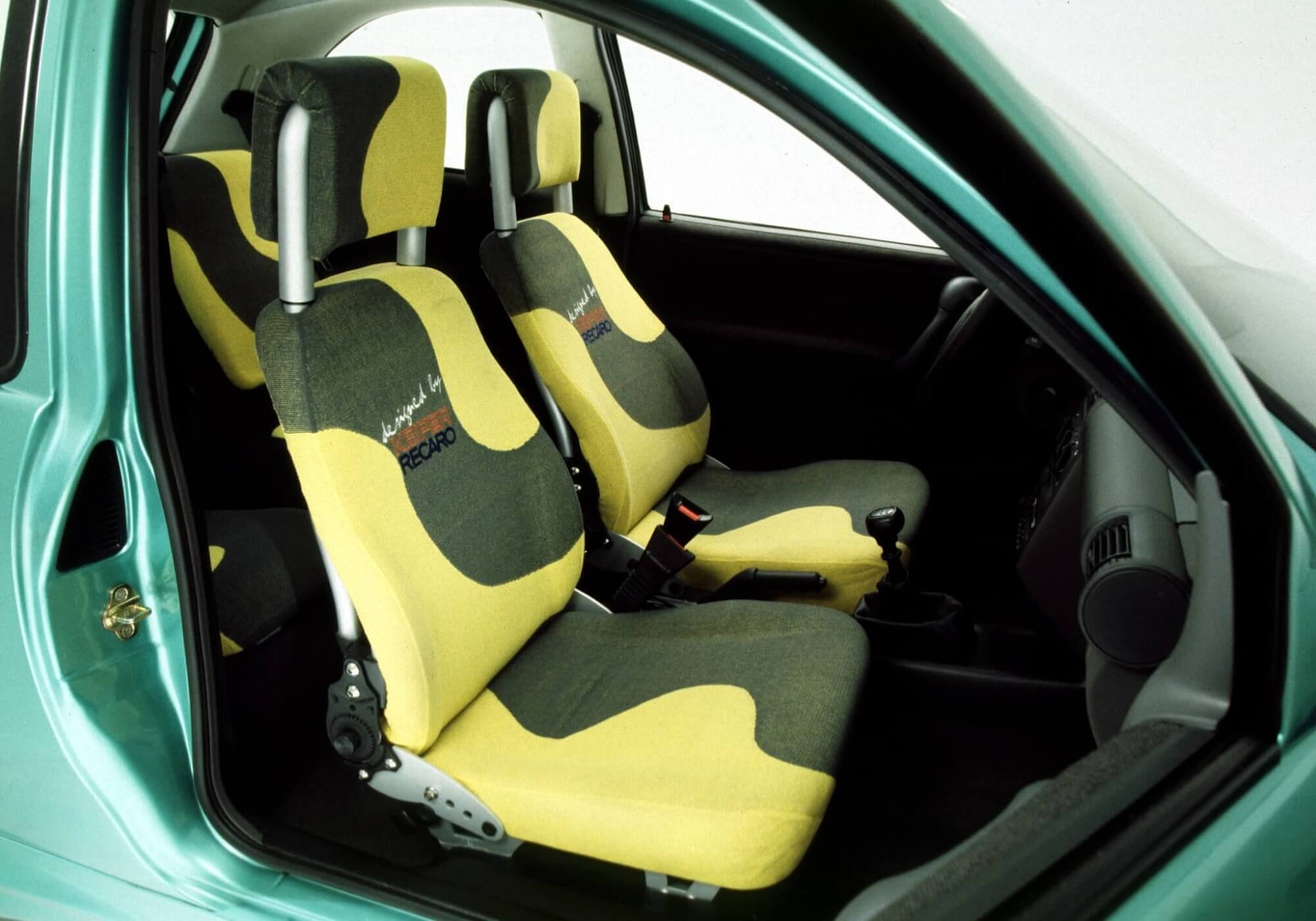 The front seats are by Recaro and weighed around 21 kg. Despite the war on pounds, the backseat was kept.

The wheels were made of magnesium (-9 kg) — the gearbox housing was made of the same material — and aluminum was used extensively in the braking and suspension system. Even the power steering was left out.

DO NOT MISS: Fiat. The brand that “invented” modern diesel engines

After all, in the end the Opel Corsa Eco 3 only weighed 720 kg on the scale, which represented a saving of 225 kg and made it clear that the strict diet had been successful.

If today partial electrification of the combustion engine is used to also reduce consumption and emissions, in the 90’s diesel engines were the solution to travel more kilometers with less fuel consumption. 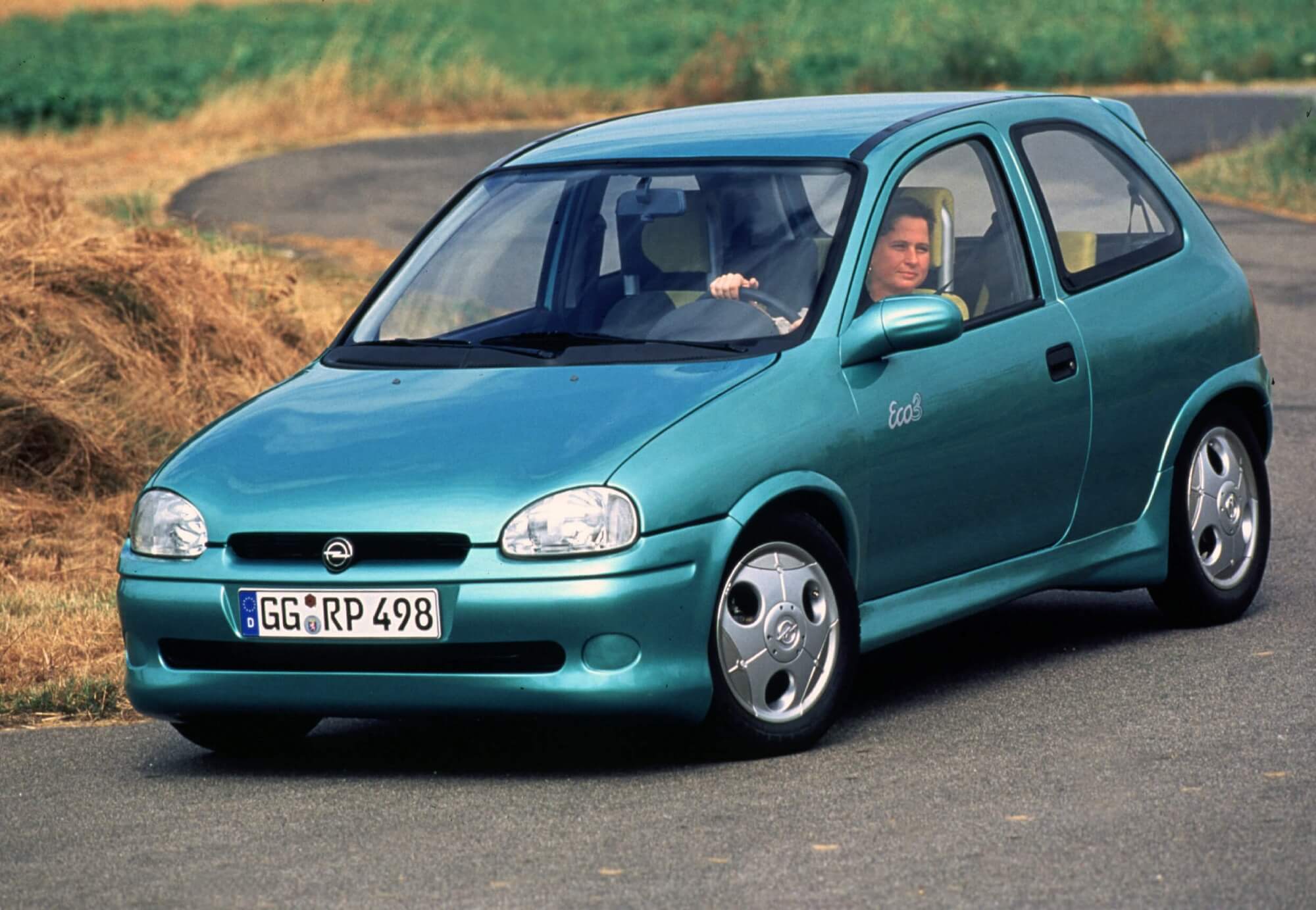 To save mass, the brake system’s shock absorbers, discs and drums were produced using aluminium.

Animating the Opel Corsa Eco 3 was a 1.7 l turbo Diesel with direct injection and 16 valves — multi-valve engines were uncommon at the time, even more so in Diesels —, which developed 63 hp and 140 Nm of torque at just 2000 rpm.

Associated with a start & stop system — which had been around since 1982, but which only became democratized in this century — this engine promised record consumption and… it delivered.

In fact, several colleagues at the time were able to test this 100% functional prototype, noting that in a more controlled driving and at a stabilized speed it was possible to go down from three liters, reaching 2.8 l/100 km. In the city, consumption was 4.0 l.

Compared to the ‘normal’ Corsa B, the reduction in fuel consumption was 38%.

Impact on consumption per solution

In this list we can see how each solution contributed to reducing consumption on the Corsa Eco 3:

Although production of the Opel Corsa Eco 3 is possible, it never got beyond the prototype stage. The reason? The final selling price to the consumer would be too high, largely due to the exotic materials used to reduce its mass, such as carbon fiber or magnesium.

If the Corsa Eco 3 had reached dealerships, its price would be identical to that of a contemporary Mercedes-Benz C-Class and, truth be told, who would give so much money for a humble Opel Corsa?

Azerbaijan F1 GP: Alpine in the lead of the “second pack”