The GT Open season kicked off in Estoril with two wins by Benjamín Hites and Leonardo Pulcini (Oregon Team Lambo). A perfect weekend for the duo, with a second victory at Estoril, the result of a great recovery and excellent overtaking, and a great show on the track.
The Oregon Team duo put on another perfect performance, beating the Optimum McLaren over Nick Moss and Joe Osborne. The Italian-Chilean duo obviously leads the ranking, having accumulated the most points.
Just like yesterday, Reema Juffali and Adam Christodoulou also won in Pro-Am at the wheel of the Mercedes Theeba/SPS Mercedes, but this time they also managed to reach the podium overall.
For their part, Alex Hrachowina and Martin Konrad, on their return to competition, returned to the top of the Am-class podium with the Mercedes of Mann-Filter Team Landgraf.

In the race, for the first time on pole, Karol Basz got off to a perfect start, taking the lead ahead of Jefferies, Christodoulou, Hites and Van Berlo. The first few laps were quite calm, with Valente leading the second group, ahead of Baud, Moss and Korzeniowski, the first among the Am cars.

In the lead, Basz’s gap remained minimal, half a second on lap six, with Christodoulou and Hites also very close, while Jackson and Cuhadaroglu came into contact, with the Brit spinning and then heading to the pits to retire. while the Turk was penalized by 5 seconds, in addition to the visible damage to the front of his car.

On lap 11, Jefferies catches Basz and starts the duel with the Pole, while the close fight between Van Berlo and Valente led to a contact and a top from the Lamborghini man, with both being passed by Korzeniowski.
On lap 15, the presence of cars to be doubled, allowed to momentarily change the positions between the three cars in front, but Basz managed to regain the lead and move a little away from Jefferies and Christodoulou.
At the same time, the pit stop window opens.
Fumanelli’s Ferrari is forced to return to the pits to retire after the driver lost body parts from his car following the previous incident.

After all the driver changes, Zeimian leads by 4 seconds over Juffali and by six seconds over Marcin Jedlinski. More surprising are Pulcini, Gilardoni, Osborne, Jans, Laber and Mettler, while Konrad is first between Am ahead of Sak Nana and Stanley.

In the final laps, Pulcini’s ‘charge’ sees him take the lead and cross the finish line isolated for a second win, with Osborne doing the same all the way to 2nd place, while Juffali claimed another Pro-Am win and the podium. general, after a lane limit penalty inflicted on Gilardoni, who had crossed the line in third.
Zeimian spun in the middle of the home straight and Konrad took the victory in the Am ahead of Stanley and S.Jedlinski. 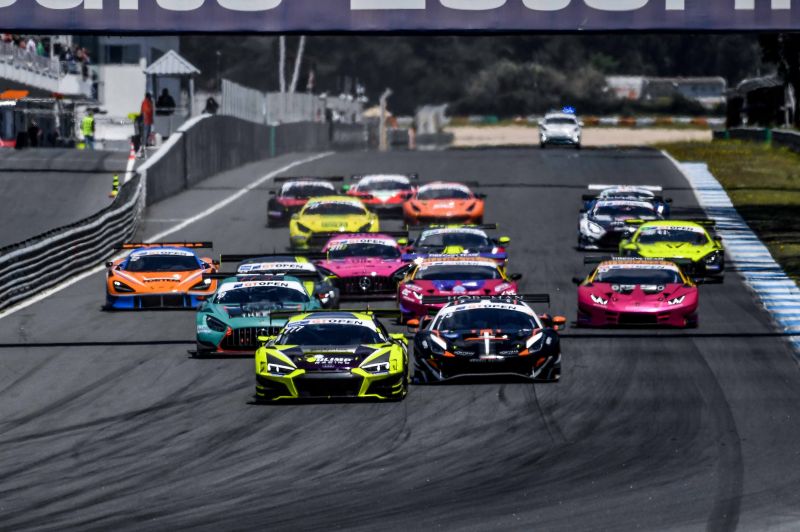 What does it mean to archive in the cloud? Where are the main servers?

Cielo: share has the highest rise in more than 3 months this Thursday; see values