Biggest sale of NFTs in history yields R$ 1.5 billion for land in the metaverse

The sale of 55 thousand deeds of virtual land in a metaverse moved the equivalent of almost R$ 1.5 billion last Saturday (30). The financial operation is being considered the biggest sale of NFTs (digital assets with records of authenticity) in history.

The event even caused congestion on the Ethereum blockchain (data storage and processing technology), a decentralized network where cryptocurrency transactions are made. Other platforms that use the same network went offline due to the movement.

Behind the auction is Yuga Labs, the company that created the Bored Ape Yacht Cluba collection of digital art sold as NFTs for millions of dollars.

Brazilian athlete Neymar Jr. paid the equivalent of R$6 million for two of them. 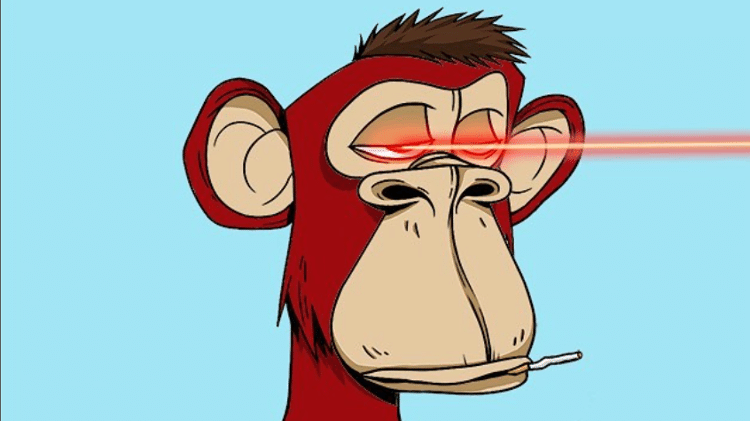 Otherside will be a kind of real-time video game that will mix all of Yuga’s brands of NFTs and some of its partners, including Bored Ape, CryptoPunks and Meebits. The launch date of the virtual environment has not yet been announced.

To buy an Otherdeed, interested parties had to use Yuga’s virtual currency, called ApeCoin.

Each of the 55,000 Otherdeeds put up for sale cost 305 ApeCoins, which at auction time were valued at nearly $30 each—the coin’s value has since dropped to $16.

In conversion, the total sales volume exceeded US$ 320 million (more than R$ 1.5 billion).

Congestion and high in ‘gasoline’

According to reports on the virtual forum Reddit, there were those who paid up to 5 ethereums just as a gas fee in each transaction while the Otherdeeds were sold – the equivalent of almost BRL 70,000 more in direct conversion to the real, more than the price of each NFT.

On Twitter, Yuga Labs apologized for the inconvenience. “We’re sorry to turn off the lights on Ethereum for a while. It seems pretty clear that ApeCoin will need to migrate to its own network in order to grow properly. We’d like to encourage DAO to start thinking in that direction.”

We’re sorry for turning off the lights on Ethereum for a while. It seems abundantly clear that ApeCoin will need to migrate to its own chain in order to properly scale. We’d like to encourage the DAO to start thinking in this direction.

DAO is the acronym used to refer to decentralized autonomous organizations, a group administration format popular among NFT, cryptocurrency and metaverse enthusiasts.

In a DAO, decisions are made by hundreds or thousands of users around the world who record the rules on a blockchain network. Each member has the same level of influence, without a vertical hierarchy or a board of directors, for example.

Although ApeCoin was created by Yuga, who manages the coin is a DAO, supported by the users of the coin. Today, transactions with ApeCoin take place on the Ethereum blockchain, but to avoid further congestion, Yuga recommends that ApeCoin have its own blockchain — a decision that only the DAO can make.

The acronym NFT refers to “non-fungible token” (in Portuguese). Simply put, it is a kind of “deed” that attests that a digital file, such as an image, text, video or audio, belongs to the person who paid for it.

It could be, for example, a meme, a tweet or a work of art. Even scientific documents and unreleased music by famous artists have already jumped on the bandwagon. The difference between a meme on your cell phone and an NFT of that meme is that the NFT is the scripture that guarantees which version is the “original”.

To better understand, imagine the fine arts market: anyone can reproduce the Mona Lisa, Leonardo da Vinci’s most famous painting. But only the original, on display at the Louvre Museum in Paris, is really valuable — any copy can even sell for a good amount, but never for the value of the original.

NFTs were created with a similar purpose: to differentiate between original digital art and copies shared on the internet. But speculation around the value of the pieces has grown exponentially, to the point where NFTs are now valued in the millions of dollars.

Basically, everyone who buys an NFT expects to sell it for even greater value as more people join the trend, causing the value of the file to inflate — even though, in theory, anyone can make a copy of a “Bored Ape”, for example.

What “confirms” the value of an NFT is the fact that it is registered on a blockchain, a network of computers spread around the world that guarantee, equally and without centralized control, that that deed is the original, and not a copy.

Metaverse is a term used to define what many believe to be the future of the internet: instead of websites and applications that we access through computer and cell phone screens, we will navigate through 3D virtual worlds, like video games.

The idea is that all our internet experience will be transported to virtual worlds. Instead of buying a piece of clothing on a store’s website, people will use virtual or augmented (or mixed) reality glasses to see themselves inside a 3D dressing room, for example.

Several companies are working to unify this experience in one place. The game Fortnite, for example, is already a metaverse: in addition to playing, there you can chat with friends (as on a social network) and follow music shows (as on YouTube).

Meta, the company owned by Mark Zuckerberg that owns Facebook, WhatsApp and Instagram, also has its own metaverse platform, Horizon Worlds, which is still being tested for a select group of countries.

By Joyce Lee SEOUL (Reuters) - Samsung Electronics said on Thursday it had begun mass-manufacturing chips with 3-nanometer technology, the first company to do so in the world,...

A supporter of Jair Bolsonaro (PL), in conversation with the president before his trip to Campo Grande, today praised Caixa Econômica Federal, whose president resigned after being accused...

Meirelles: Bolsonaro demoralized fiscal policy; reelection would be a disaster

CPFL Energia: share has the biggest drop in more than 4 months this Thursday; see values

ANP: average ethanol price drops in 19 states and DF in the week