With the rise of diesel, self-employed people sell trucks and abandon the ride

The number of self-employed truck drivers has also been falling in recent years. According to ANTT (National Land Transport Agency), Brazil had 919 thousand autonomous transporters five years ago. In 2021, the agency estimated that this number had dropped to 696,000 drivers, a drop of 24%.

The increase in fuel prices and the delay in freight are the main villains of this story, in addition to the increase in truck maintenance costs.

José Roberto Stringasci, president of the National Transport Association of Brazil (ANTB), says that many drivers are choosing to leave the profession. “A lot of people have already stopped the truck, sold it or returned to being employed as a carrier”, he says.

This is the case of Alexsandro Bastos, from Bahia, 37 years old and a professional driver for 19 years. “I sold my two trucks and preferred to work for a transport company. Unfortunately, it doesn’t pay to have a truck in Brazil. You have a lot of punishment, little benefit and a life of slavery on the road. I lived for work and didn’t see my family,” he said. .

According to the driver, who used to travel between São Paulo and cities in the Northeast, 75% of the freight cost of an autonomous driver goes to travel expenses. “Today, a freight from São Paulo to Recife costs R$ 12 thousand. Of this amount, R$ 9,000 is diesel and tolls”, he says.

The profit of R$ 3,000 may seem good at first, but part of this money is used in the return, since the freight to return to the city of origin is usually cheaper. In addition, it is necessary to deduct expenses with food and maintenance of the truck.

As a self-employed person, Alex used to make two such trips a month, since it’s six days to go and another six days to come back. Therefore, the driver calculates that he was able to take between R$3,000 and R$4,000 free.

Now, driving for a carrier, he has a higher pay. “I can get around R$ 5,500 in salary. The fixed amount in the portfolio is the value of the union [R$ 2.186,43, de acordo com o SETCEB]. The rest is a commission on top of the freight that the company charges”, he adds.

Despite this, the driver intends to leave the profession in the next two years after saving some extra money. “[Com a venda de um dos caminhões] I bought a plot of land, where I want to build a grocery store on Itaparica Island, in Bahia”, he says.

The reasons would be the lack of security and adequate conditions for working as a truck driver. “What profession do we spend 30 days away from home? That’s the company I work for. In others, it’s four months on the road. And we don’t have any benefits: there’s no place to stay overnight with the truck, there’s no place to shower , has no security”, he says.

“I was robbed twice and, once, they put me in captivity. It’s a trip I know I’m going to, but I don’t know if I’ll come back. I’ve already talked to my wife. It’s better to stop to live a little longer, because I’m living to work”, he concludes. 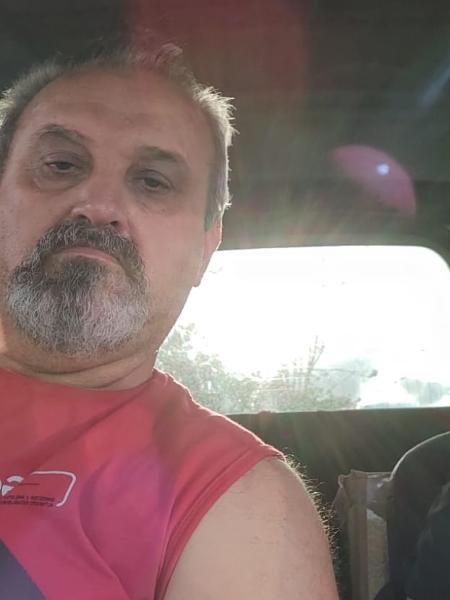 Paulo Nunes, 59, left the hitchhiking after 40 years of profession

The lack of security was also one of the decisive factors for Paulo Nunes, 59, to leave the hitchhiking after 40 years in the profession. He recalls that in a robbery, in 2002, the bandits played Russian roulette three times with him during a trip to Salvador. “Luckily and by God, I survived,” he says.

After this episode, the truck driver chose to make trips between São Paulo and the port of Santos, where drivers usually ride in convoys to avoid approaches by robbers. He remained in the profession until 2018, when Brazil stopped due to the truck drivers’ strike.

“We had very late freight rates. They paid R$ 1,200 for us to go down to the coast, pick up the container, go up, unload and return with it empty to the Port. calculated, the freight would go to R$ 1,700. With that amount, I could continue, but nobody wanted to give me even a R$ 50 increase”, he recalls.

At the time, Nunes worked with around 70 companies operating in the Port of Santos. The truck driver says he spoke to all of them, but only two agreed to pay the list price of freight. “Everyone works at a lower price, no one pays the table. It’s very rare”, he laments.

For him, the solution was for ANTB to set up a checkpoint near the Port of Santos to ensure that the freight paid to the driver was established in the national freight table. “If they paid the R$ 1,700, it would be possible to play. I would spend about R$ 500 on diesel oil, plus R$ 150 for tolls and R$ 50 for lunch. R$ 1,000 would be left over”, he says.

According to Nunes, for a freight to be good, the profit for the self-employed driver has to be something between 50% and 70%. This is because the expenses with the maintenance of the truck are high. A set of new tires, for example, costs at least R$3,800. The price is three times higher than the tire kit for a passenger car.

Disillusioned with his profession, the truck driver now works transporting material for his wife, Celi de Castro. Together, they run a company from home that sells party supplies to stores. “She makes the sale and I make the deliveries. I don’t have a salary because I work for myself”, he says.

Without revealing values, Nunes says that he and his wife earn enough to maintain the expenses with the house in Itaquaquecetuba, metropolitan region of São Paulo. However, he worries about the lack of a pension, as he constantly has problems with leg ulcers, which cause discomfort when driving. “I have the fourth [ferida] open. She is healing and I hope it will be her last,” she said.

Data from the transport website Destinobras show the difference between freight and diesel fuel readjustments. Between February 2021 and February 2022, average freight per kilometer traveled only increased by 1.96%. In the same period, the price of diesel rose 41.48%.

The survey analyzed more than 8 million freights registered on the Destinobras platform. The site has 675,000 registered self-employed truck drivers and 17,000 companies, which deliver in 95% of the national territory.

Opinion: Where the world is going - Natural 'design': how science explains so many symmetrical shapes in nature

Russia is accused of defaulting heavily on foreign debt, but Kremlin denies it