Canter spindle. The details of the «mini-truck» made in Portugal

Launched in Portugal in 1972, since then the Fuso Canter it has become a constant presence on our roads and a symbol of the national automotive industry.

After all, European production is currently exclusively handled by the Mitsubishi FUSO Truck Europe unit located in Tramagal, Abrantes, from where it is exported to 30 countries.

Now, in its ninth generation, the Fuso Canter has seen its arguments reinforced, with a revised look, more equipment and engines that already meet the Euro VI E emissions standard. 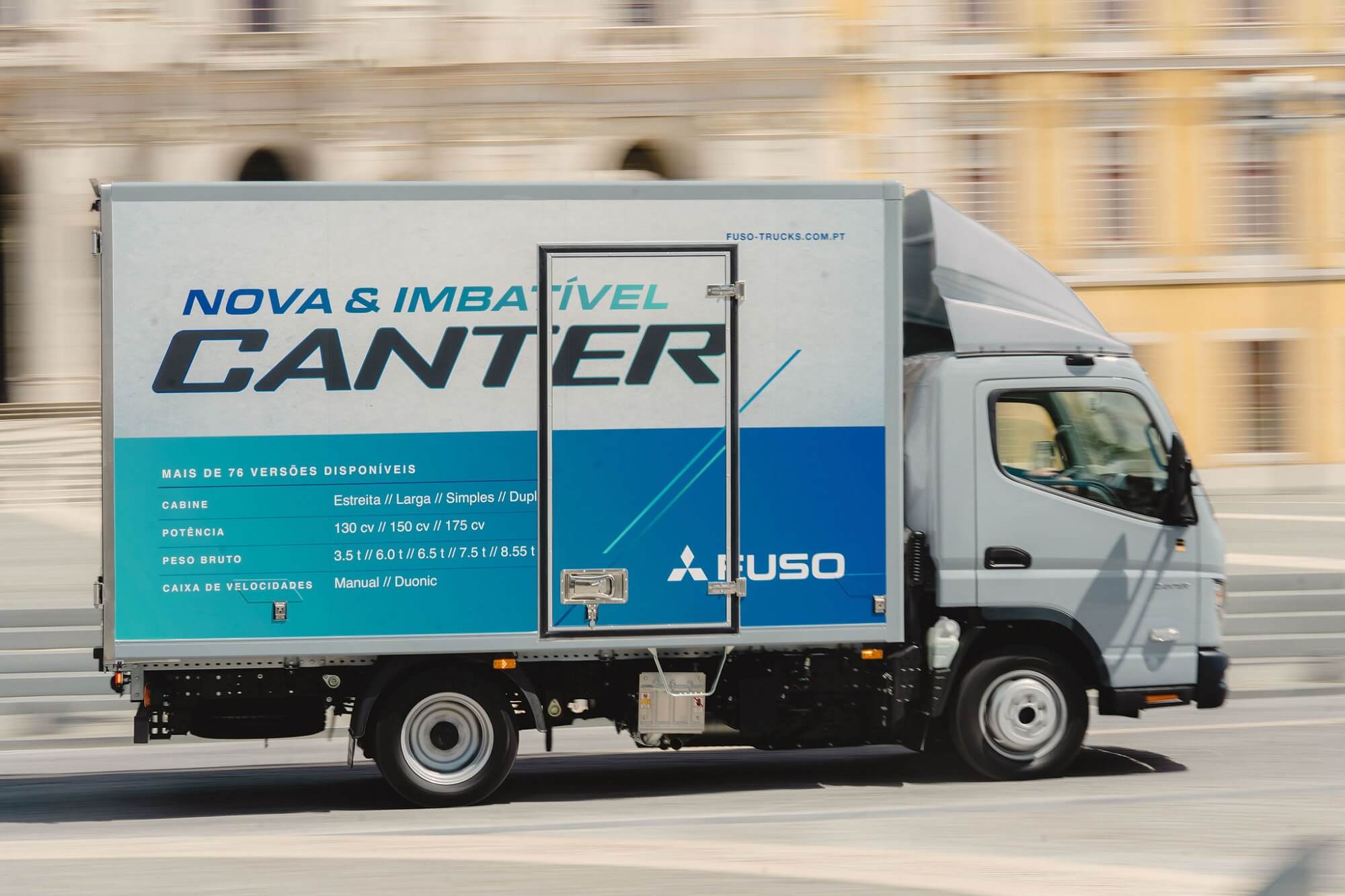 Especially for Portugal, and as a way of celebrating 50 years of uninterrupted presence in the national market, the new Canter is also presented with a special edition.

Available at launch and in limited quantities, it features a Silver Gray paintwork, specific logos and black nappa seats with an embroidered logo.

What does it bring again?

On the outside, the adoption of the “Black Belt” design language stands out, characterized by the adoption of a black piece that extends the entire width of the Canter and where the brand name appears.

In addition, it also has LED daytime running lights (a first) and, as an option, a Full-LED lighting system. 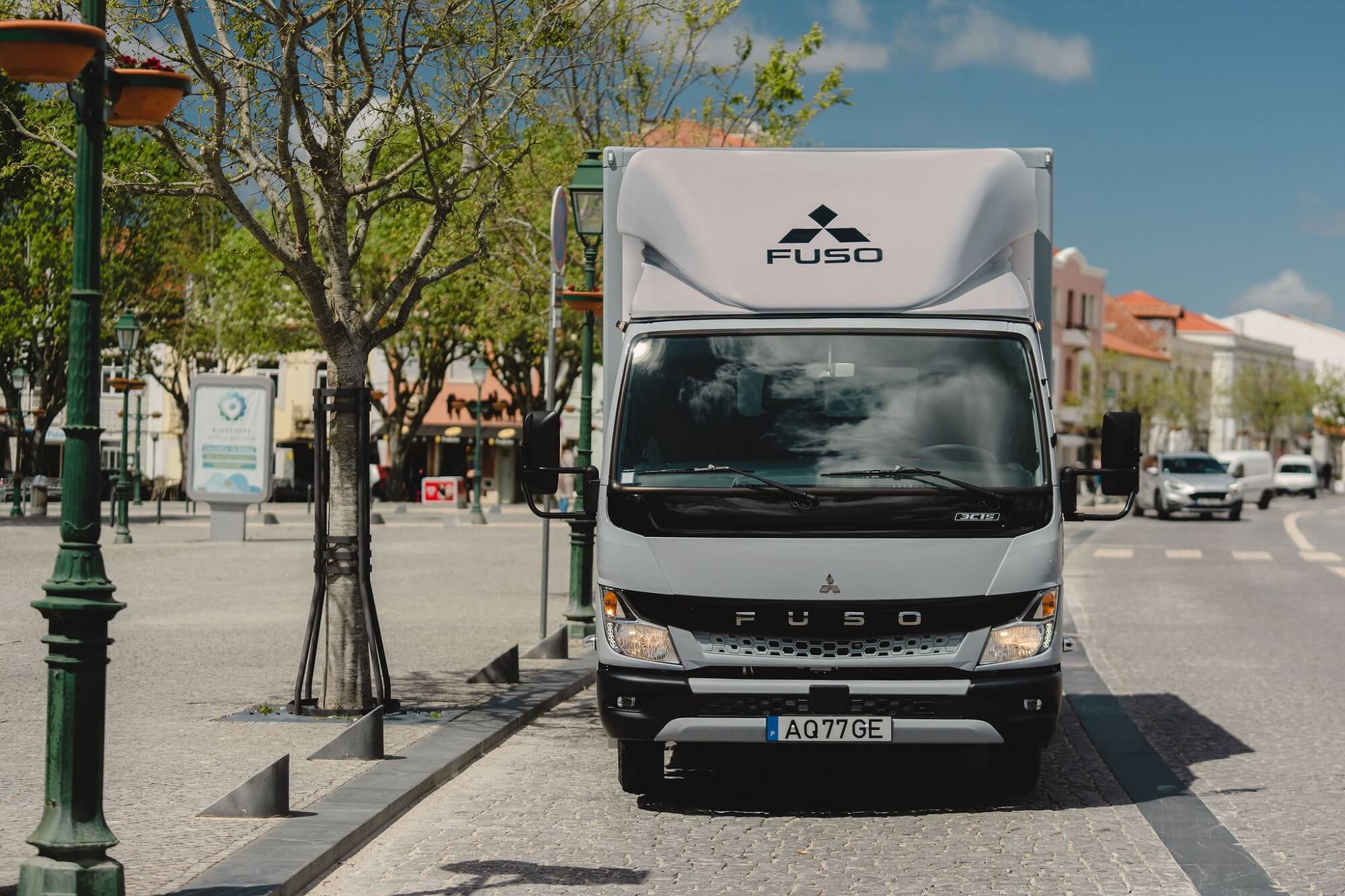 Inside, the focus was on practicality. Thus, we have several storage spaces and the gearbox control is integrated into the dashboard.

The heavy versions also have the automatic braking system and the lane departure warning. 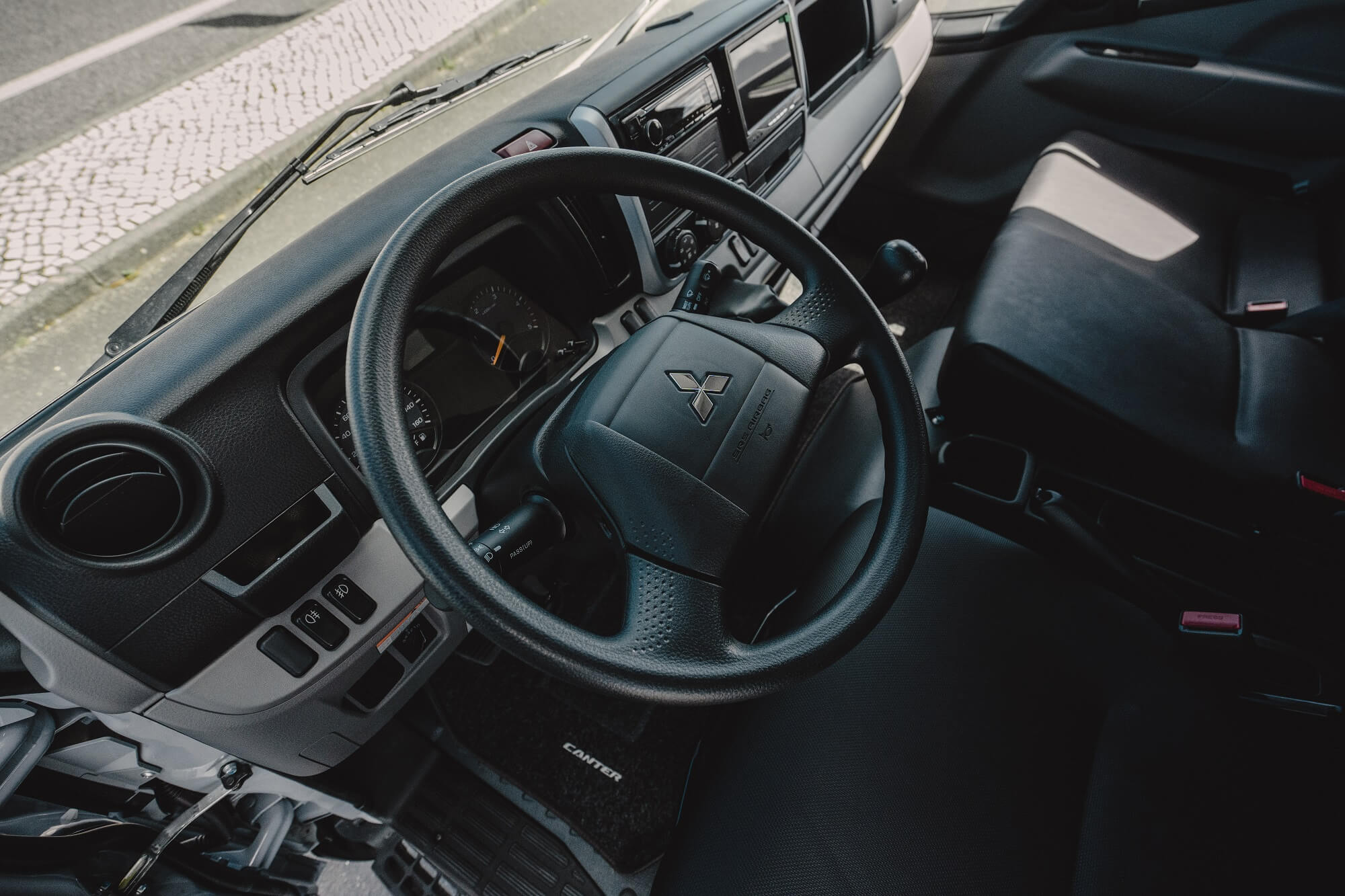 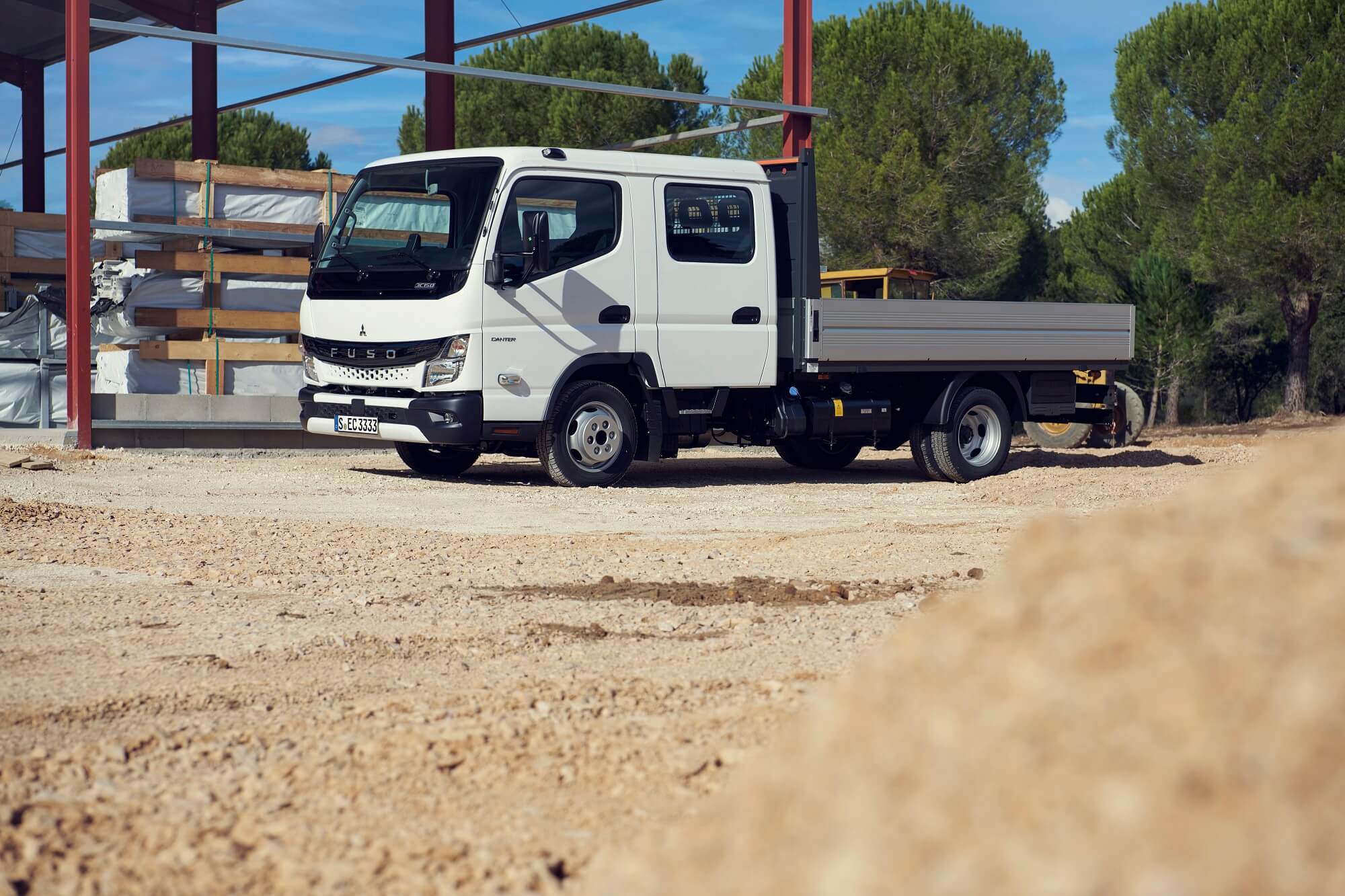 SEE ALSO: AdBlue has run out. And now? Will I have engine problems?

As for the transmission, it is in charge of a five-speed manual gearbox or the Duonic gearbox. The latter is based on a six-speed manual gearbox with two hydraulic wet clutch discs and an electronic control system that, according to Fuso, allow for faster, smoother gearshifts without power drops. 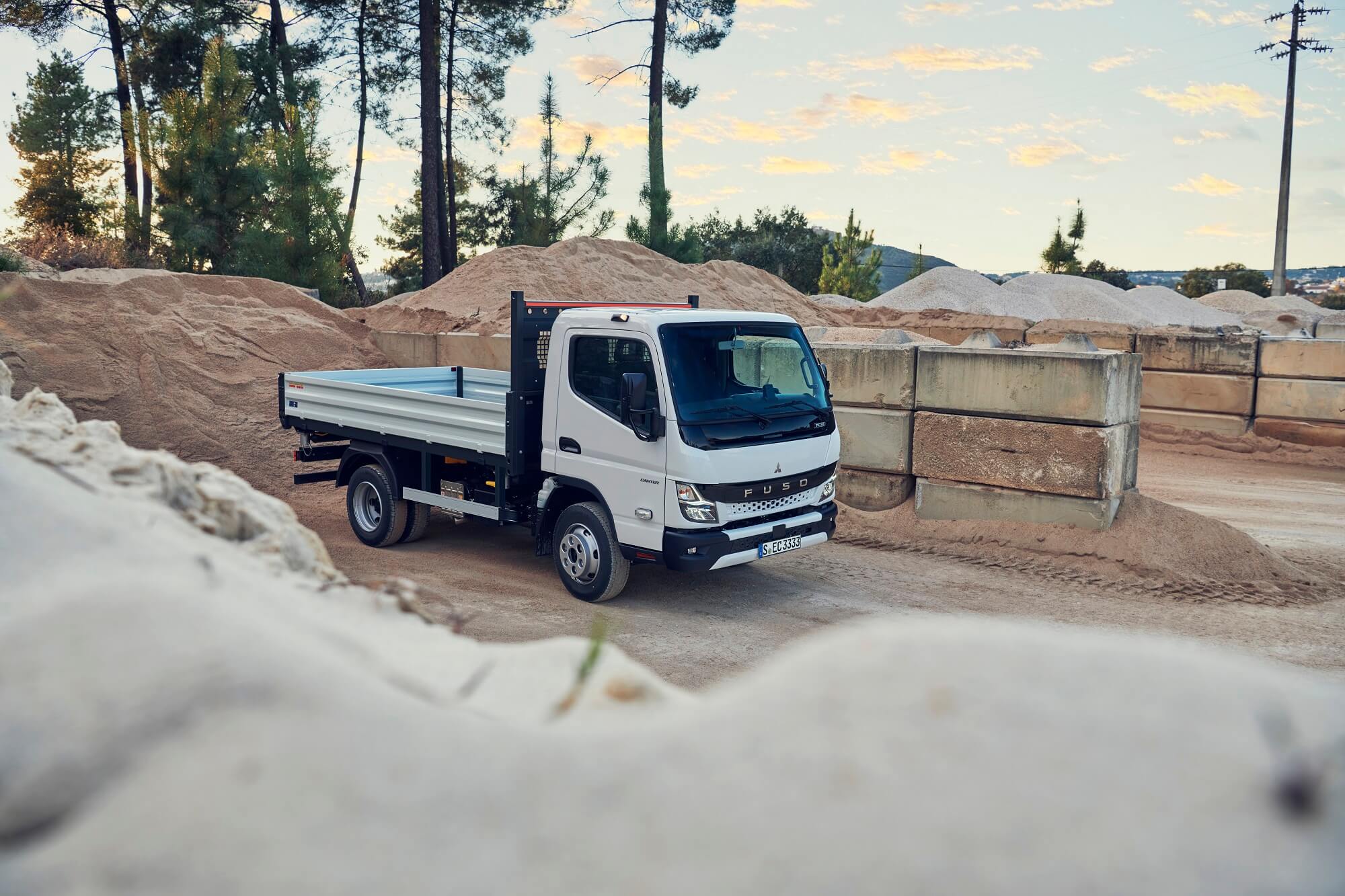 Finally, the all-wheel drive version has a gross weight of 6.5 t and a single or double cabin. With a self-locking rear differential (up to 70%), this version has approach and departure angles of 35° and 25°, respectively.

For now the prices of the new Fuso Canter are not yet known. No data has been released about the electric version, the eCanter, either, but it should remain present in the range as it did in the eighth generation.

After ‘death’ of Internet Explorer, browser wins wake and tombstone