How do stars influence our lives? See what is science or not

In a book, the physicist explains how the stars and the observation of the sky were decisive in the generation of life and in the evolution of human civilizations – and explains why he considers Astrology to be a ‘pseudoscience’.

From the composition of the human body to the construction of great civilizations, we owe our existence and our evolution to the stars and the observation of the sky. The stars, then, have an enormous influence on our lives.

Interestingly, however, it is common for people to attribute to the position of planets, moon and stars other “powers” that, from a scientific point of view, they do not have – such as shaping our personality or behavior.

Who explains this is Marcelo Girardi Schappo, PhD in Atomic and Molecular Physics, professor at the Federal Institute of Santa Catarina (IFSC) and author of Astronomy – The stars, science, everyday life (ed. Contexto), a recently released book that addresses the importance of the skies in our daily lives.

In an interview with BBC News Brasil, Schappo explains four determining influences of the stars in human existence, and two that, despite being quite popular, have no scientific backing.

Most of the elements that make up the human body were formed in stars over billions of years.

We’re talking about elements like carbon, oxygen, sulfur, magnesium and most of the names we see on the periodic table, existing in stars that lived billions of years ago and were continually exploding and reconstituting themselves.

In this process, explains Schappo, the stars formed an “initial cloud”, which gave rise to the Sun – the main star in our Solar System -, to planets like Earth and to the combination of elements that allowed gases, minerals, water and life to arise and evolve here.

It’s a process that spans about 13 billion years and has allowed for the richness of Earth’s chemical elements.

That’s why astronomy scholars often say that we, living beings, are made of “stardust”.

The stars, explains Schappo, “make a process of nuclear fusion and add these small elements, which turn into heavier elements. These little bricks (elements) fundamental to our life here came from the interior of stars, which exploded or expanded their outer layers. and chemically enriched the interstellar environment. It is this material that will eventually clump together and give rise to new stars, planets and new systems where eventually life can flourish.”

Beyond the fundamental basis of life, it was thanks to the skies – more specifically, the ability of our ancestors to observe the skies – that we were able to build human civilizations, says Schappo.

It specifically refers to the seasons.

The different seasons exist – and oppose each other in the Northern and Southern hemispheres – because of the Earth’s tilt relative to the Sun as it goes around the Sun.

As the Earth is tilted on its axis, the sun’s rays fall differently in different parts of the world, depending on the time of year – thus, the Sun’s energy falls more intensely in the summer months and less intensely in the winter months.

Long before they acquired this scientific knowledge, our ancestors learned about weather patterns by watching the sky. There are constellations of stars that only appear in the night sky in the summer months, while others are visible in the winter, details Schappo. Several civilizations also identified the dates of solstices and equinoxes (days with more or less daylight in the year), which allowed them to identify the change of seasons.

With these astronomical patterns, it was possible to anticipate periods of drought or rain, and to perceive the best moments to plant and harvest.

“Anticipating this helped in the transition from a nomadic to a sedentary system”, in which societies were able to develop and prosper, argues the physicist. “It is mandatory to know this environment and these Earth patterns.” 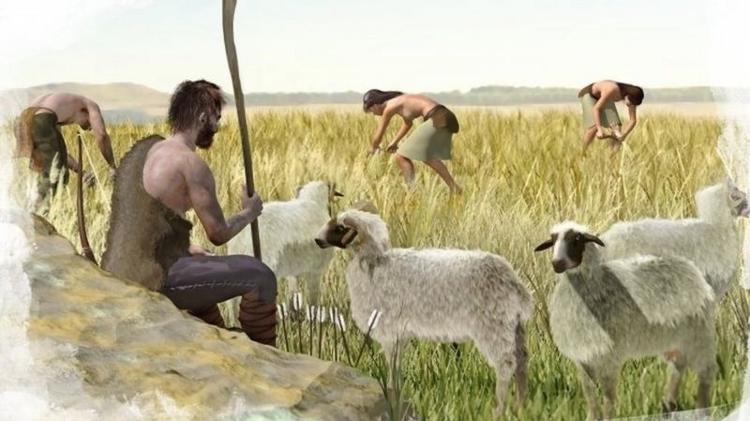 Agriculture in the Neolithic period; It was by identifying astronomical patterns and the seasons that humans began to establish their civilizations.

Hence, he argues that understanding astronomy was a “matter of survival”.

This knowledge evolved into the calendar – the Gregorian calendar, which is currently in force, was created 440 years ago to track the little more than 365 days it takes the Earth to go around the Sun.

Now that humanity is facing changes in the Earth’s weather patterns due to global warming, Marcelo Schappo argues that astronomical knowledge will also be fundamental – because of its ability to analyze the patterns of the Sun and the way our atmosphere absorbs its energy.

From navigation to GPS

In addition to teaching our ancestors to understand climate cycles, observation of the skies was crucial at another important point in human history: navigation.

“Many important navigations and navigation methods in history were guided by the stars,” says Schappo.

One of the stars of the Southern Cross constellation, for example, “points almost to the south celestial pole – it is a good indication of where the south is, and from there you know where the other cardinal points are”, explains the physicist.

In the Northern Hemisphere, the Pole Star, in the constellation Ursa Minor, is used as a sign of north.

Today, our satellite navigation is also based on astronomical knowledge – both in sending satellites into space and in using these satellites to define, using your cell phone’s GPS, the route you will take from home to work.

“When I want to use my cell phone to know my position on the planet, what it (device) does is exchange information with these satellites – and the signal takes a while to leave the cell phone, reach the satellite and return. signal that it exchanges with at least two or three satellites that it calculates exactly where you are on the planet in latitude, longitude and altitude. So it’s a super tool for air, sea navigation and land exploration.”

Our biological cycles are also obviously linked to the Sun: we have more sleep when we are not exposed to sunlight, and more energy during the day, for example.

“There are cycles in living beings, and biology studies how the individual changes according to the time of year or month, which may have to do with the change in lighting, with the variation between day and night”, says Schappo.

However, this biological influence linked to variations in exposure to sunlight cannot be confused with the behavioral influence generally attributed to the stars, says Schappo. “This has nothing to do with (the assumption that) ‘the Moon influences my emotional state’. Then you start moving into a pseudoscientific zone,” he says.

It is these myths that we will now speak.

‘When you go to do a birth chart, read a horoscope, or think that you are agitated because of the full moon, that you have to get a haircut on such a moon, or that a baby is going to be born at the turn of the moon, that is not based on evidence. “, explains the physicist.

“That is, it cannot be corroborated. We believe (Albert) Einstein’s statements about relativity because it is (a theory) very corroborated. As for the birth chart, hair, birth of babies – this has already been tested by experiments scientists that show these claims are unsubstantiated. That’s why we call it pseudoscience – it’s something that talks about planets, uses real astronomical data, but leads to conclusions that are unsubstantiated. It looks like science but it’s not.” 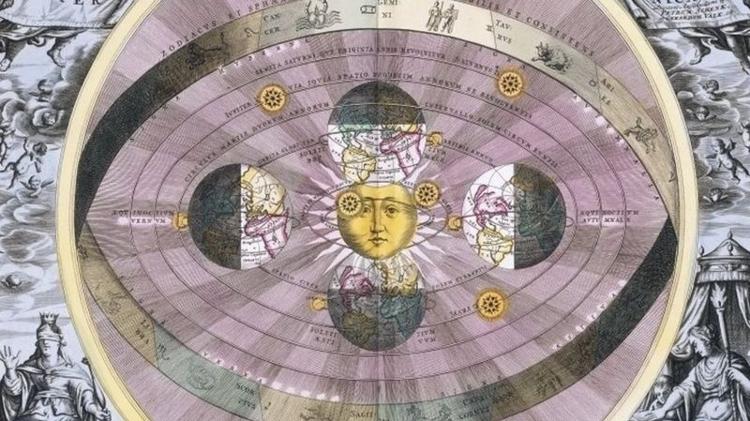 Although it has great appeal, astrology has no scientific basis.

One of the experiments that scientifically tested astrology was described by astrophysicist Sabrina Stierwalt on the Everyday Einstein podcast.

In the experiment, published in the journal Nature, a double-blind test was conducted to see if birth charts could accurately describe our personality. Physicist Shawn Carlson asked 30 astrologers to review the birth charts of 116 people they did not know personally.

“Astrology is also unable to offer a mechanism to explain how it could work. What exactly is the connection between the stars over your head when you were born and whether or not you should make big decisions during the summer?” scientist.

Many astrology enthusiasts, for their part, argue that zodiac-linked personality descriptions make sense to them and find it comforting to keep track of their horoscope. The important thing here is to point out that there is no scientific basis for it.

It’s Not Science: Influence of the Moon

What about the Moon’s influence on our lives – from our behavior to haircuts and the birth of babies? Yet another myth, argues Marcelo Schappo.

At first, arguing that the Moon influences us directly may even sound doable. After all, the Moon directly influences the tides of Earth’s oceans. If our body is composed mostly of water, why wouldn’t it be equally influenced by the Moon?

To counter this, you need to understand how gravity works.

We are talking about a force that interacts between two bodies with mass. Any bodies. But the force of gravity is stronger the greater the mass of bodies, and the smaller the distance between them.

“Following this reasoning, does a person attract a chair in an empty room? Yes! But the force of attraction of this pair is very small, because the masses of the person and the chair are small, so they do not generate significant practical effects”, writes Schappo.

In the case of the Moon and the tides, the gravitational influence is great because the oceans form a gigantic mass on our planet.

Our bodies are tiny in comparison, and the moon is too far away to exert a significant gravitational effect, says the physicist.

“So much so that an Olympic swimming pool, which has much more water than our body, does not have a tide”, he details. “So in everyday life, what is going to influence my body’s behavior is the Earth’s gravity.”

Ricardo Eletro founder is denounced for evasion of R$ 86 million