Alessio Rovera took pole position for the 4 Hours of Imola, the second race of the 2022 European Le Mans Series. The Italian driver set the best time with a time of 1:32.269s behind the wheel of the Oreca 07 Gibson #88 from AF Corse, beating by 0.344s Mathias Beche on TDS Racing’s Oreca #31.
Louis Deletraz secured third place on the grid for Prema, with Yifei Ye securing fourth for the Cool Racing car. Job van Uitert closed out the top 5 in the qualifying session.
It is the second pole position in two weeks in LMP2 for Rovera, who was the fastest qualifying at the 6 Hours of Spa-Francorchamps to count for the FIA ​​World Endurance Championship (WEC) last weekend.
In the LMP3, Guilherme Oliveira was close to the top 3 in the controls of the Ligier JS P320 – Nissan #13 of the Inter Europol Competition. The young Portuguese driver was featured in the session, having also passed the provisional pole, but in the end he was beaten by Malthe Jakobsen in the Ligier #17 of Cool Racing (1:37.182s) and Sebastian Alvarez in the #4 of DKR Engineering, in addition to the second car of his team the #14. The #2 Ligier from United Autosports and the #27 from COOL Racing were still ahead. Good prospects for the Portuguese driver who shares the wheel of the Ligier with Nicolas Pino and Charles Crews and will start from sixth on the grid.
In the LMGTE, Henrique Chaves was not behind the wheel of the Aston Martin Vantage AMR #95 from Oman Racing With TF Sport, leaving that responsibility to John Hartshorne who did not go beyond the last place on the grid in this class. The crew led by Chaves will have to carry out a recovery test, similar to the previous race in Paul Ricard.
Pole in this class was won by Ahmad Al Harthy (1:41.974s), driver of the Aston Martin Vantage AMR #69 of Oman Racing With TF Sport, who left Sarah Bovy in the Ferrari 488 GTE Evo #83 of Iron Lynx at 0.383s from difference. 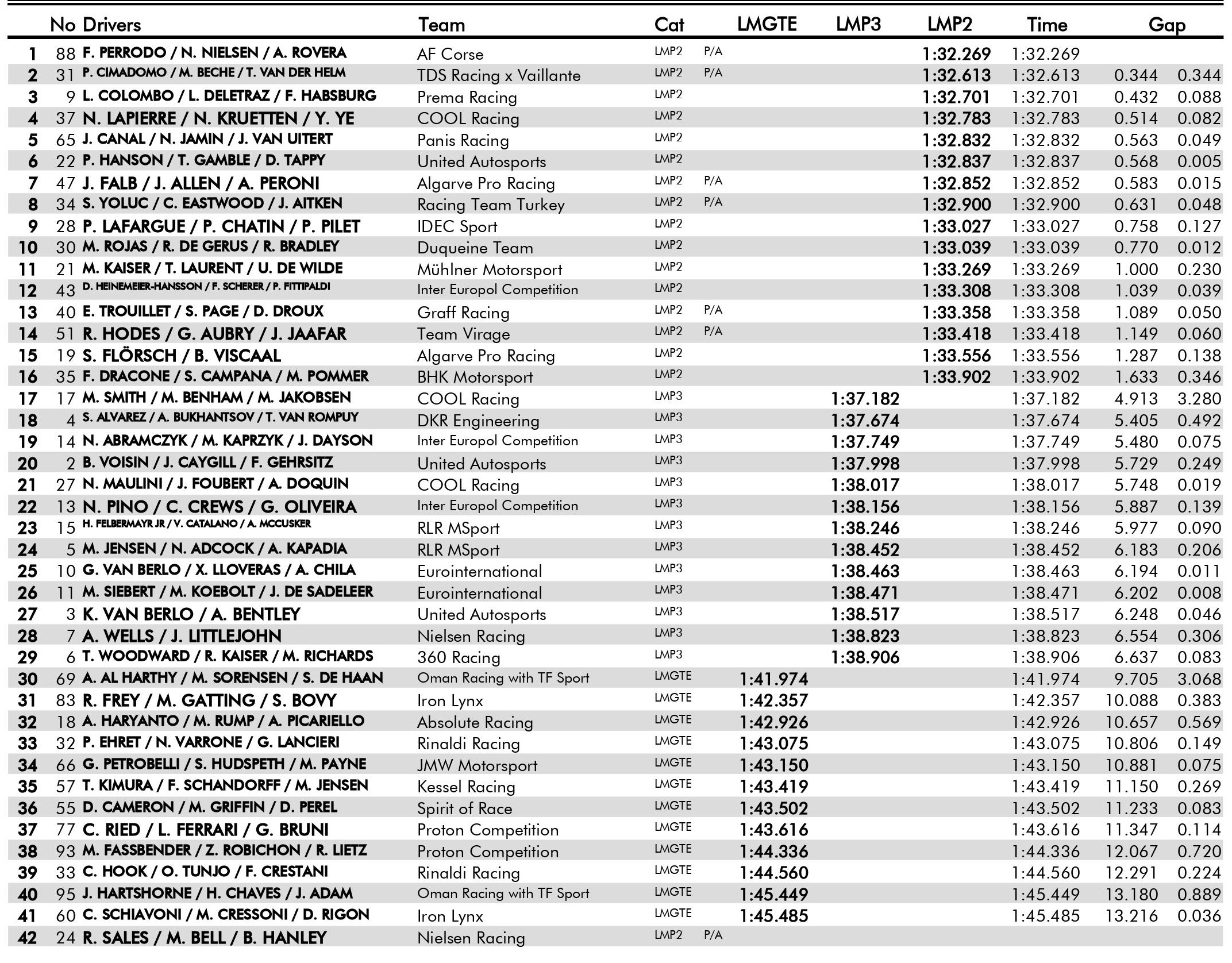 Elected last year the most beautiful hypercar in the world, the Bugatti Bolide continues to attract attention wherever it goes and has now also done so at the...

Mercedes-Benz has reinforced its offer with the T-Class compact MPV, which combines compact exterior dimensions with ample interior space for five occupants and a premium ambience, in addition...

If you're a super sports fan, then you'll be pleased to know that, finally, there is an affordable Ferrari. We're talking about a very special version of the...

Golf R 20 Years Edition. The most powerful ever to celebrate 20 years of R

There couldn't be a better model to celebrate 20 years of the R division than the Golf R and that's why today we show you the Golf R...

With PHEV engines. Renovated Opel Grandland has arrived in Portugal