Report: All Aboard – Find out which planes appear in the new ‘Top Gun’, with Tom Cruise

Opening on May 26, the film “Top Gun: Maverick” is the continuation of one of the most famous and profitable films involving aviation in history.”Top Gun: Raging Aces”, from 1986, tells the story of pilot Pete “Maverick” Mitchell, played by Tom Cruise, is now back on screen.

Now, the rebel protagonist will have to train a group of pilots in the midst of a technological war, with increasingly modern drones and planes. To give life and realism to the footage, Cruise himself piloted some of the planes, having to undergo intense endurance training to face the scenes aboard the fighters.

Company involved in Lava Jato will pay US$ 39.6 million to Petrobras

SEM SPOILERS: In the trailers released so far, you can see some of the planes that will be in the film. Learn more about them below. US Navy F/A-18s during the Iraq War

The star of this version of the film is the F/A-18, a twin-engine fighter that entered service in the 1980s with the US Navy.

In order to capture the images, an adaptation was made to install six cinema cameras in the cabin. Although the actors did not actually fly the F/A-18, all the scenes with them on board were filmed on real flights.

The fighter was initially manufactured by McDonnell Douglas, currently Boeing. Its speed can reach 1.8 times the speed of sound, equivalent to a total of about 2,200 km/h at sea level. It has a range of up to 3,054 km with extra tanks, and can fly up to 15 km in altitude. 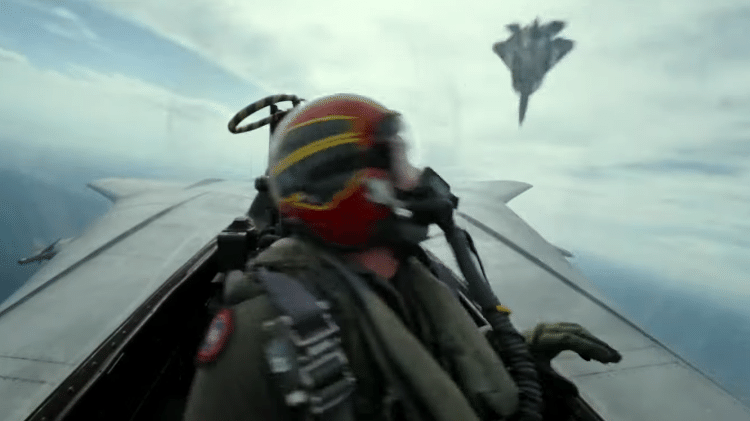 Excerpt from the movie ‘Top Gun: Maverick’ shows what would be a Russian Su-57 fighter

One of the aircraft seen in the trailers appears to be a Su-57, the most modern Russian fighter jet today. More model-specific information is still confidential, such as dimensions, engines, speed, etc.

Today, the Su-57 has not even ten units produced, and its development has been going on for more than a decade, with the first prototype making its maiden flight in 2010. 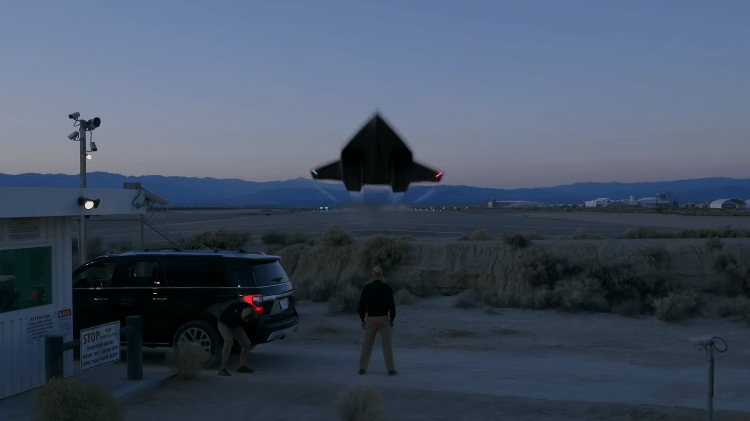 Excerpt from the movie ‘Top Gun: Maverick’ shows the Darkstar, plane developed for the feature

One plane made specifically for the film was the Darkstar, a “clone” of the SR-72 hypersonic plane, which is being developed by Lockheed Martin. The company even designed the Darkstar for “Top Gun: Maverick”, making the project even more real.

According to producer Jerry Bruckheimer, in an interview with the Sandboxx website, China even redirected its spy satellites to register the plane, as they thought it was real.

In the brief scene in which it appears in the trailer, it is possible to see the plane flying over. In behind-the-scenes photos, Cruise wears a special suit, like those worn by pilots of supersonic planes. 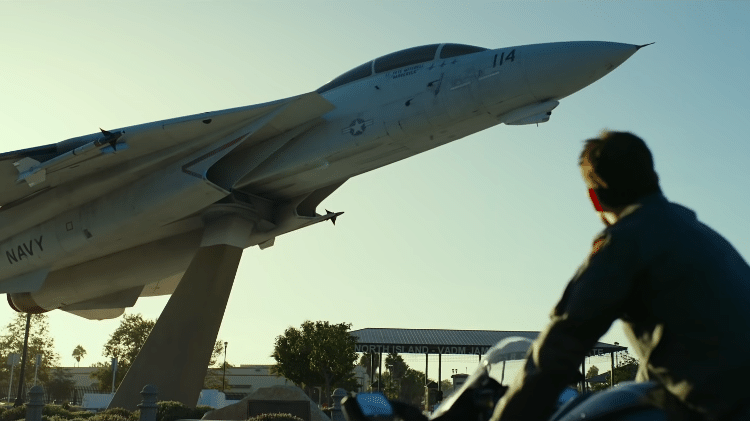 F-14 in front of the airbase in the movie ‘Top Gun: Maverick’

The great star of the first film (alongside Cruise), the F-14 Tomcat fighter draws attention for its variable geometry wings, which change position, forming different angles in relation to the fuselage.

This represents an advantage because, at low speeds, it is interesting that the wing is in the most open position possible to guarantee the plane’s lift. And, at high speeds, in the most retracted position, allowing the operation of supersonic flight.

Now retired from the US armed forces, the F-14 had a top speed of around 2,480 km/h and reached an altitude of up to 17 km. The twin-engine jet fighter had up to two crew on board.

In the trailer and behind-the-scenes footage, it’s unclear whether Cruise will return to fly the F-14 or if he’ll just play opposite the star.

The actors who appear flying in the fighter jets in the film are actually in flight. According to the production of the feature, this was essential to convey more reality to the scenes.

There were several stages of training, with smaller planes, maneuvers in fighters and tests with accelerations that reach seven times the force of gravity.

The actors were also trained to operate the six cameras aboard the F/A-18s, keeping in constant contact with the film’s direction to find out how the shots were shot, if the shooting angle was right, among other issues.

All this training took several months, and the result is seen on the actors’ faces, especially in the most difficult scenes, at high speed, in which the physical effort to withstand the accelerations is visible on each one’s face.

Tom Cruise arrived at the US launch of “Top Gun: Maverick” in early May aboard a helicopter customized for the film. The location chosen for the event was the aircraft carrier USS Midway, which has been turned into a museum.

In addition to the helicopter, the production of the film customized the paint job of an Embraer ERJ135 executive jet for the promotion of the feature.

See how the actors prepared for the recording of the scenes aboard the royal fighter jets (subtitled):

Information from the Reuters agency shows that Petrobras warned the federal government about the risk of diesel shortages in Brazil. The third quarter, which runs from July to...

Company involved in Lava Jato will pay US$ 39.6 million to Petrobras

The MPF (Federal Public Prosecutor's Office) signed a leniency agreement today with the multinational Glencore, within the scope of Operation Lava Jato. The mining company must pay Petrobras...

Eletrobras shares closed higher this Tuesday (24), on B3, the Brazilian Stock Exchange. The company's preferred shares (ELET6), with priority in the distribution of dividends, rose 1.71%, to...

Bradesco shares closed higher this Tuesday (24), on B3, the Brazilian Stock Exchange. The company's preferred shares (BBDC4), with priority in the distribution of dividends, rose 1.7%, to...

A ‘peek’ into the metaverse: Facebook owner will have a physical store in the US