This year, Vodafone Rally de Portugal will have the honors of direct broadcasts on several Sport TV channels. Seven live sections are planned (see schedules below), in addition to preview, daily summaries, replays, etc. As you know, you can always use automatic recordings, if you have access through different TV operators.
RTP has also announced on its website the transmissions of the Coimbra Super Special, Vieira do Minho 1 and 2, Fafe 1 and 2.

As an alternative, there is the WRC All Live, which broadcasts all the specials live with statements from the leading drivers at the end of each stage, in addition to many more ‘features’, being able to see the Onboard of the priority drivers, in all stages.
The various programs start right away with a preview on Tuesday, May 17, repeated on the following two days until the first live, from Coimbra, on Thursday afternoon.
Very good to watch on TV, whoever has WRC All Live can also follow on Smart TV just by installing the Application, and having WRC All Live, of course. 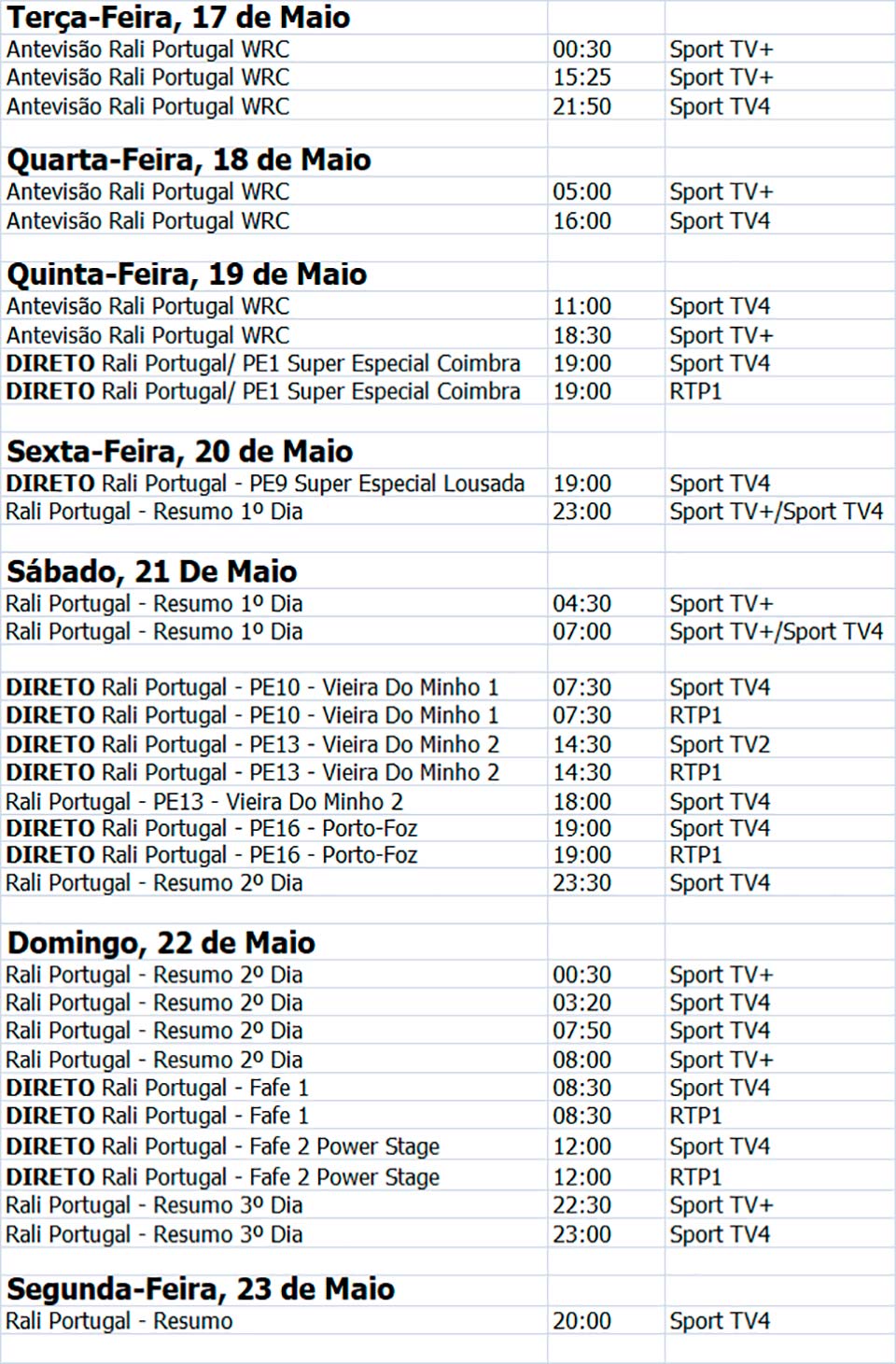 Elected last year the most beautiful hypercar in the world, the Bugatti Bolide continues to attract attention wherever it goes and has now also done so at the...

Mercedes-Benz has reinforced its offer with the T-Class compact MPV, which combines compact exterior dimensions with ample interior space for five occupants and a premium ambience, in addition...

If you're a super sports fan, then you'll be pleased to know that, finally, there is an affordable Ferrari. We're talking about a very special version of the...

Golf R 20 Years Edition. The most powerful ever to celebrate 20 years of R

There couldn't be a better model to celebrate 20 years of the R division than the Golf R and that's why today we show you the Golf R...

Irizar i6S Efficient promises to reduce consumption by up to 13%

Leon Sportstourer FR TDI tested. The recipe is not new, but does it still make sense?