‘Brazil not only has to fight poverty, but improve the lives of all Brazilians’, says researcher on minimum wage

For economist Marcelo Medeiros, a visiting professor at Columbia University (USA) who has dedicated himself to researching Brazilian social inequality for decades, ensuring that the minimum wage does not lose purchasing power in times of high inflation is not just an important issue to reduce poverty of a country.

This is because every time wages “shrink”, growing at a slower pace than the rise in prices, it also spreads a recessive effect on the entire economy.

“The reduction (in the minimum wage) reduces consumption and slows down the economy. Brazilian inflation is an inflation of costs – the price of things, such as bills and purchases, increases. So, if the minimum wage decreases, this can have an effect recession, which is something that Brazil does not want at all at this moment”, ponders the economist.

In the government of President Jair Bolsonaro (PL), there has been no readjustment of the salary floor above inflation for three years. The last one was in 2019, when the correction rule that considered inflation plus the change in Gross Domestic Product (GDP) from two years earlier still prevailed.

The debate on the minimum wage heated up again with the disclosure in early May of a report by the broker Tullett Prebon Brasil, which estimates that the minimum wage will lose 1.7% in purchasing power by the end of the president’s current term, from R BRL 1,213.84 to BRL 1,193.37 between December 2018 and December 2022, discounting the inflation forecast in the Focus Bulletin.

Such a scenario would make Bolsonaro the first president of the Republic since the Real Plan to complete his term with less purchasing power than when he took office.

Although Medeiros considers that it is still too early to estimate what the real loss of the minimum will be in the Bolsonaro government, he highlights that, in the past, the fall in purchasing power proved to be harmful to the functioning of the economy and had a negative impact on daily life. of Brazilians. 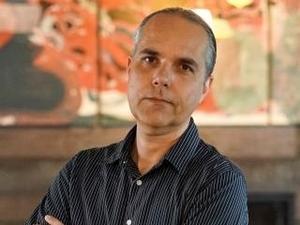 “The point is that we don’t just have to fight poverty, but also improve the situation of all Brazilians who have income,” he said.

BBC News Brasil spoke with the specialist about the main impacts – historical and current – of the minimum wage in Brazil. See below.

BBC News Brazil – Is the increase in the minimum wage the best way to fight poverty?

Marcelo Medeiros – There are strategies that have an even higher rate of success, but the point is that we don’t just have to fight poverty, but also improve the situation of all Brazilians who have income. These are people who are not in extreme poverty, but who still have incomes low enough to deserve attention from social policies.

Part of the cost is absorbed by the state and part of the cost is redistributed throughout the labor market. Everyone who hires someone at minimum wage absorbs some of that cost. That’s why you give the raise at the time the economy is growing, to keep up with the growth of the economy. Assuming that this growth is improving people’s condition, then you distribute this growth, in some way, to the poorest people as well. That’s the logic behind the raises, and it’s well-founded.

BBC News Brasil – Increase in the minimum wage could have a reverse effect, generating povertyas the critics claim?

Medeiros – There is a discussion, already considered obsolete, that by raising the minimum wage, companies would not be able to pay and would lay off workers – causing the increase in the value of the minimum wage, in fact, to generate poverty.

There are isolated cases where this happens, but in general this is not what happens, especially because the economy is not regulated in this way. Unemployment in Brazil is determined by other factors, mainly problems in the general performance of the economy and not specifically by the individual cost of the worker.

Furthermore, we are not talking about a 30% increase, but a real gain that rotates between 1% and 3%. The market doesn’t react with unemployment when it comes to small increases.”

BBC News Brazil – Lowering the minimum wage can be considered dangerous for the Brazilian economy?

Medeiros – It’s certainly a bad idea. Because the reduction, among other things, is recessive. It reduces consumption and slows down the economy. Brazilian inflation is cost inflation – the price of things, such as bills and purchases, is increasing. So if the minimum wage goes down, it could have a recessive effect, which is something that Brazil doesn’t want at all right now.

In addition, it will increase poverty, unless it is compensated by the group expansion of other policies to compensate for the losses you will have, whose fiscal cost will be higher.

BBC News Brasil – From a public policy point of view, are programs such as Auxílio Brasil, the former Bolsa Família, considered more useful to fight poverty than adjustments to the minimum wage?

Medeiros – Not necessarily. This discussion only looks at the impact of the poverty measure. It is necessary to think about how the labor market works as a whole, in which all the measures that will affect the labor market.

[Programas como o antigo] Bolsa Família helps the poor and extremely poor. The efficiency of the program would increase if the benefit of the poor were withdrawn and passed on to the extremely poor. But this is not desirable. The social cost of this is very high.

BBC News Brasil – Increase in the minimum wage only effective for those who work in the CLT regime?

Medeiros – It affects all informal workers who earn a fixed salary, so even those who do not have a formal contract. Employers don’t sign up to not pay social security, not to not pay the minimum wage. Signs that we have 13th.

BBC News Brazil – What to do if the minimum wage stops working to fight poverty?

Medeiros – There is no sign that Brazil is anywhere near that point, and there is an advantage in this type of policy.

If there is a sign that the minimum wage is causing poverty instead of reducing it, it is enough to stop the increases, because inflation will quickly reduce the values. Easily reversible policy, so no need to worry now. What is important is to have a good network of information about work in Brazil, something that is neglected in the current government – planning and monitoring of the labor market.

And, in this type of policy, if the limit is reached, it is enough to stop further increases, inflation reverses the result.

The Ibovespa, the main index of the Brazilian Stock Exchange (B3), dropped 2.04% and closed at 111,496.21 points, after having amended five high trading sessions. For the week,...

More than R$ 12.8 million were raised in the month of July this year alone, with the 32 auctions carried out by the National Secretariat for Policies on...

Opinion: Pedro and Paulo Markun - Boss of Meta: 'metaverse is like a building'. Company will be the elevator paid?

Formula 1 Hungarian GP: What are the possible race strategies?