The work was belittled in the United States, but was lauded as a visionary in Europe and censored in Russia.

Visionary, ahead of his time, with mental health issues, or just a writer with a great imagination?

Edgar Allan Poe (1809-1849) was many things: father of the detective novel, master of the short story and horror, the first American who tried to live as a writer and who, surprisingly, succeeded, in addition to being a journalist, an alcoholic, a thinker.

But there is something Poe was fascinated by since he was little, science. And, with his restless mind, he devoted himself to speculating about the cosmos and the origin of things.

Thus, he wrote a work in which he anticipated some of the modern theories of cosmology, including the Big Bang.

The essay is named after the famous expression attributed to Archimedes, Eureka.

A dynamic and evolving universe

Published in 1848, just a year before his death, Eureka is a “prose poem”, a kind of cosmogonic essay. It is dedicated “with deep respect” to Alexander von Humboldt (1769-1859), explorer, astronomer and co-founder of geography as an empirical science.

It is precisely the work of von Humboldt that awakens Poe’s imagination, who praises him for his attempts to describe the universe. 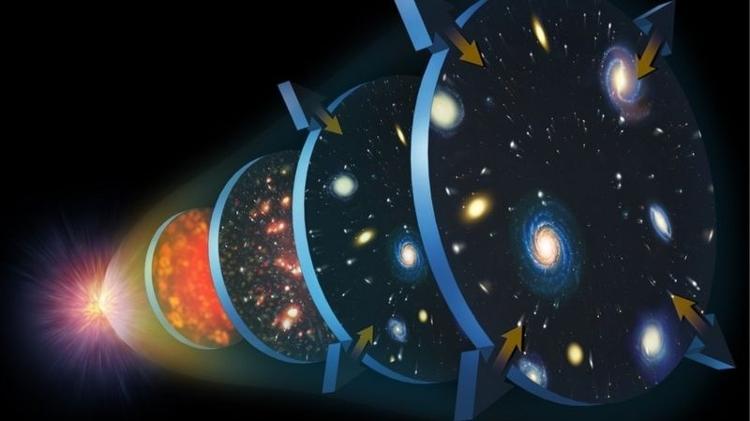 And it wasn’t just the Big Bang, it also described a phenomenon known as the Big Crunch.

When the work was published, there was a consensus among physicists that the universe was static, infinite, mechanical and eternal. Opposing these conventions, Poe presents in his essay a dynamic universe, in constant evolution.

But what did he anticipate in Eureka that, even today, draws the attention of physicists and astronomers? 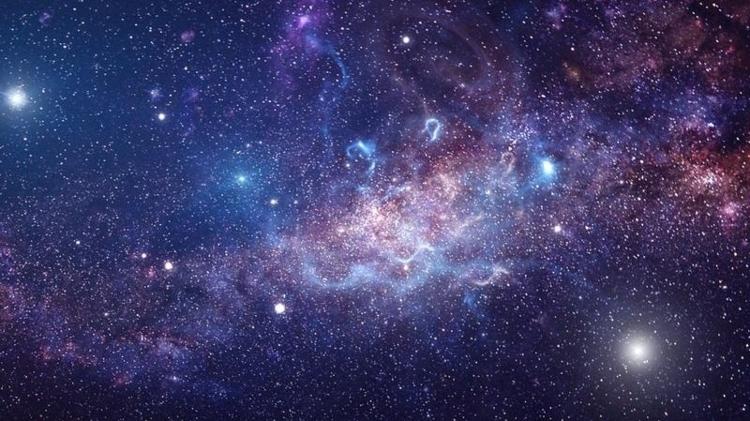 Not all scientists agree with the Big Bang theory

Already in the introduction to Eureka, Poe warns of his ambitious goals:

I wish to speak of the physical, metaphysical, and mathematical — of the material and spiritual universe — of its essence, its origin, its creation, its present condition, and its destiny.

This model claims that, at its origin, the universe was highly concentrated matter with a very high temperature. After an explosion, it expanded and, from there, due to gravity, stars and galaxies were formed.

The Big Bang theory began to take shape in the early 20th century at the hands of the Belgian physicist and clergyman Georges Lemaître and was finally developed by the Ukrainian physicist (albeit born under the Russian Empire and later naturalized American) George Gamow in 1948.

When Poe wrote Eureka, the prevailing view of the universe was static, mechanical, and finite. He presents it as the opposite: diverse, infinite, and full of stars, made up of assorted atoms. Where did this variety come from? He describes it as follows:

My general supposition, then, is this: In the original unity of the first thing is the secondary cause of all things, with the seed of their inevitable annihilation.

That is, an initial, dense particle that divides and expands throughout the universe. A description that anticipates, 100 years apart, the theory that Gamow finally came up with.

2. The Big Crunch and the oscillating universe model

And it doesn’t stop there, because he later suggests that the force of gravity will cause the entire universe to contract and collapse in on itself into a new primordial particle.

This, the contraction of the universe on itself that would generate a state similar to that in which matter was before the Big Bang, is the hypothesis that, in the 21st century, was raised by the theory of the Big Crunch (or Great Collapse).

Furthermore, it proposes that the cosmos could be in a constant cycle of expansion (Big Bang) and contraction (Big Crunch) and anticipates what is now known as the theory of the oscillating universe.

3. Olbers paradox or ‘why the sky is dark’

The Olbers paradox was a problem raised by the German astronomer Heinrich Olbers in 1823. He claims that if the universe is infinite and so are the stars, when looking at the night sky it should be completely bright. So why is the sky dark?

Physicist Paul Halpern (United States, 1961), professor of physics at the University of Philadelphia, has written several articles in which he details Poe’s text, in Aeaon magazine and on the Medium platform. He notes that “one of Eureka’s great triumphs is Poe’s clever solution to this perplexing scientific conundrum”.

Here’s what Poe says about it:

If the succession of stars were infinite, then the background of the sky would present us with a uniform luminosity, like that shown by the Galaxy – since there could be absolutely no point, in all this background, in which there would not be a star.

The only way, therefore, in which, under such a state of things, we could understand the voids which our telescopes find in innumerable directions, would be by supposing that the distance from the invisible background is so immense that no ray from it has been able to reach us for a long time. complete.

Poe was the first to suggest that it’s impossible for us to see the entire universe, that it wasn’t always there, and that starlight can take several years (millions of years, actually) to reach us.

In 1987, astronomer Edward Harrison recognized this achievement by Poe in his book The Dark of the Night: A Riddle of the Universe.

Elsewhere in the book, Poe touches on the idea that “space and duration are one”, which some see as a prophesying of relativistic “space-time”, and reflects on the interchangeability of matter and energy.

Talking about this in particular makes us think of Albert Einstein, who formulated his theory of relativity in 1915.

At the end of Eureka, Poe suggests that our universe could be one of many that exist on an infinite plane, one of the earliest references to other universes.

It is not in Eureka, but in an earlier tale, A Descent into the Maelstrom, in which Poe describes a whirlpool, a deadly vortex into which objects are dragged without a trace. Although Poe places it in the ocean, without a doubt, this capacity for total annihilation is one of the main features of black holes in astrophysics.

For Poe, Eureka was the pinnacle of his works. It is said that he was so excited about it that he asked his publisher to print thousands of copies. He didn’t pay much attention, and the first edition was released with just 500 copies.

Criticism was ravenous with Poe, already quite ill and affected by the death of his wife. In the United States, the essay went blank until the end of the 20th century. Even today, many of Poe’s biographers and scholars versed in his work regard it as a minor work.

In Europe, he was a little luckier. The work arrived with the translations of the French poet Charles Baudelaire and there his ideas resonated a little more, especially among philosophers, and was considered a visionary masterpiece. So visionary that in 1871 it was banned in tsarist Russia.

The idea that Poe, in the last years of his life, drunk, distressed by the death of his wife a short time before, with mental health problems, wrote this work as a result of his delusions, has remained over time.

The fact that Marie Bonaparte, Napoleon’s great-niece and Sigmund Freud’s disciple, wrote a biography in which he psychologically analyzes the American author based on Eureka and the rest of his works contributed greatly to this idea.

In the preface, written by Freud, he treats Poe as a pathological case, something that Albert Einstein also said in his day.

But, after all, is Eureka a work done with scientific rigor or the literary essay of a lunatic?

Astronomer Alberto Cappi (Italy, 1962), who currently works at the Astronomical Observatory of Bologna, is the author of several publications in which he talks about Poe, Eureka and their relationship with cosmology.

According to his view of the work: “It is not crazy, nor a scientific theory. It offers us a fascinating view of the Universe by an imaginative mind, which using the science of its time was able to conceive the most revolutionary cosmology of the century. 19.”

Be that as it may, Eureka is Edgar Allan Poe’s last creative breath. So much so that the effort left him exhausted. This is what he recounted in a letter to María Clemm, his aunt and, later, mother-in-law:

I have been very sick. I’ve had cholera and spasms so bad I can barely hold the pen. (…)

I haven’t felt like living since I made Eureka. I couldn’t do anything else.

I was never really mad, except on occasions when my heart was moved (…)

The letter was signed on July 7, 1849. Exactly 3 months later, Edgar Allan Poe died of causes that have yet to be clarified.

The Ibovespa, the main index of the Brazilian Stock Exchange (B3), dropped 2.04% and closed at 111,496.21 points, after having amended five high trading sessions. For the week,...

Influencer Andrew Tate, a participant in the 2016 Big Brother in the UK, has been officially banned from Instagram and Facebook for his content, considered misogynistic and dangerous.With...

Analysis: Can anyone have a credit card? How not to get into debt?