NASA’s Perseverance rover took another curious photo of the surface of Mars: a very sloping and rocky landscape, which includes a rock balanced on another and a rock that resembles the head of a serpent with its mouth open.

The image was captured on Sunday (12), when the rover – which works as a laboratory on wheels – was exploring the Kodiak region, remnant of the delta of an ancient river in the Jezero crater.

If life ever existed on the red planet, even if it was just microbial activity billions of years ago, this is the place most likely to hold evidence.

Below it is possible to observe the image of the ‘balancer stone’. 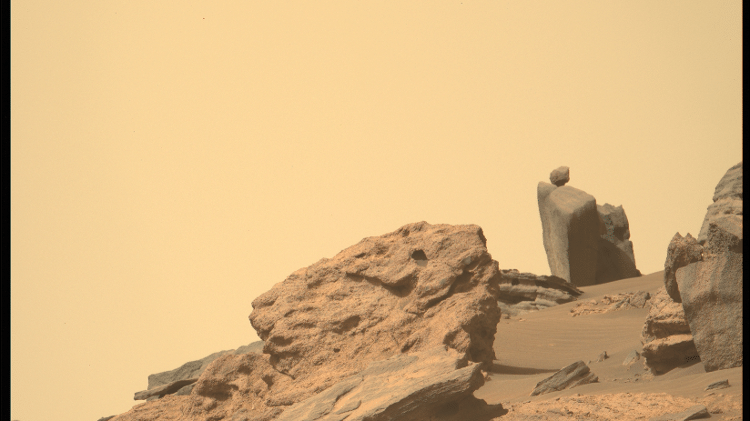 Rock seems balanced on a larger one

Here you can see the head of a snake. 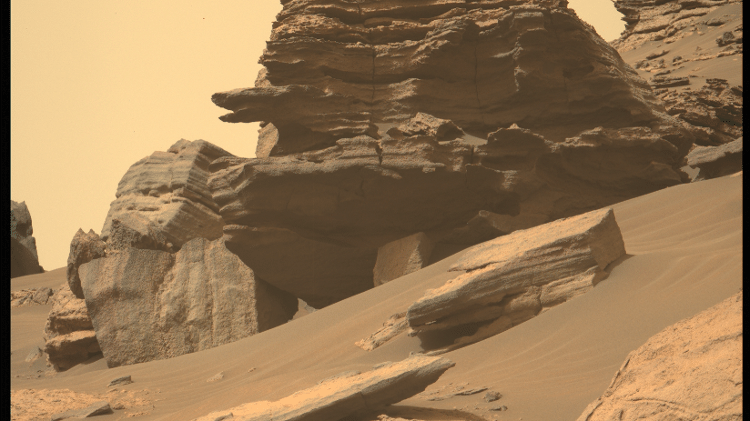 The landscape recorded by the NASA robot caused speculation and generated memes.

How is that little round rock standing there? Shouldn’t she have rolled over and fallen?

It even looks like a scene from an Indiana Jones movie (who hates snakes), maybe a desert planet from Star Wars, or maybe a cartoon.

“This is perhaps the most evocative photo ever taken on Mars. I can’t stop looking and marveling at this landscape,” astrobiologist David Grinspoon said on Twitter.

“Really an amazing image, but it’s also totally evocative of something else for people of a certain age and class…”, commented one internet user referring to Gorn, a humanoid reptile from the “Star Trek” franchise.

Scientist Jessie Christiansen recalled one of the scenes from the movie “The Lion King”, where Rafiki introduces baby Simba.

In addition to this joke, she also shared a montage of the same image with Coyote, from the drawing of the Road Runner (meep-meep!), featured.

By Fábio Mendes on August 14, 2022 10:55 am Mitch Evans has clearly evolved in Formula E and the New Zealand driver has stamped his best season in...

Stoffel Vandoorne is the Formula E world champion. The Belgian driver reaches the top of a single-seater competition, something that hasn't happened since 2015, the year he celebrated...

Inflation on the rise, and many people worried: where to invest so as not to lose money with high prices? Inflation can put your future at risk, as...

English course with certificate has 100 thousand places for free; know how to compete

With many of the M4 solutions. BMW future M2 for October

Chocolate gets expensive, customers leave, and the product is lacking in the market; because?