Father accuses TikTok in court for circumventing the ECA; action may affect other networks

A lawsuit that is being processed in secrecy by Justice at the Vara da Infância e da Juventude of São Paulo accuses TikTok of violating the ECA (Child and Adolescent Statute) for allegedly exposing minors to videos with content that may be considered sensitive to the public. age group.

The process can change the way we view videos on the platform, as it seeks to force the social network to show the indicative rating of the age group in the content. In addition, it wants the mandatory verification of the identity of users, to bar children and prevent access to videos without proper approval of registration and login.

Opinion: Blog do Dunker – Museum with pieces from other countries preserves history… or kidnaps it?

Opinion: Alexandre Pellaes – Having empathy at work is being a muggle, being strategic or being human?

The plaintiff, São Paulo lawyer Anderson Albuquerque, told the Tilt who sought justice as a way to protect his two minor children from certain content. 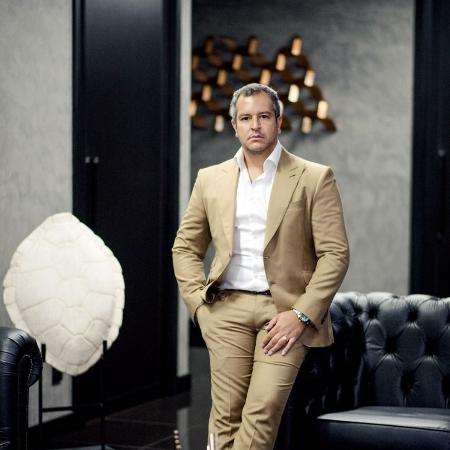 In Brazil, 45% of children up to 12 years old who have a cell phone with internet access the application. It is the third most used by this age group in the country, according to a 2021 survey by Opinion Box.

Albuquerque stated that he could not go into detail about the merits of the process because it was in secret, but highlighted that “as a citizen and father of two minor children, I could not fail to express concern about the inappropriate content posted on TikTok, which does not have a effective policy aimed at protecting children and adolescents”.

In my opinion, the platform allows the placement of inappropriate content for children and adolescents, in clear and repeated violation of the norms established by the Statute of Children and Adolescents, by the Civil Rights Framework for the Internet and by the Federal Constitution. Anderson Albuquerque, plaintiff of the lawsuit.

wanted by TiltTikTok said it had not yet been notified of the action, but added that it “does not comment on court cases”.

The MPSP (Ministério Público de São Paulo), in a preliminary opinion, showed its intention to enter the case as an accuser. However, the Prosecutor’s Office for Children and Youth in the Capital asked the lawyer to express his interest in being replaced by the agency in the prosecution.

Asked if he agrees, Anderson Albuquerque said he cannot express himself, “but he trusts the Public Ministry a lot and a possible procedural assumption will bring a much wider scope to the case, with the representation of the entire community through a possible collective action”.

In contact with Tiltprosecutor Lélio Ferraz Siqueira Neto, responsible for the case, stated that he prefers not to comment on the action, but revealed that, in parallel, he will open an investigation to investigate the accusations.

What are TikTok’s flaws?

According to the lawsuit, although TikTok has its Services Policy that limits content to children and adolescents, some possible flaws circumvent this limitation, exposing underage users to videos of sexual connotation or encouraging violence, gambling and use of illicit drugs, for example.

The petition filed in court says that TikTok imposes a minimum age of 13 years for creating an account, but claims that “the platform itself does not have effective means to enforce this determination, as there is no means of age verification. of user”.

For the lawyer, this would make it “possible for the Terms of Service to be circumvented, masking the age of whoever is creating the account”, since the user could inform any age as he is not obliged to prove it.

For those aged between 13 and 16, TikTok limits access to certain features, such as direct messages. But, as the lawsuit maintains, “virtually unlimited access to the services provided by the app is provided without the need to create an account.”

That is, to view any video, simply enter the TikTok URL and search the search field for the term related to the content you want to see. This would circumvent the platform’s own parental control tool, which gives parents the ability to see what their children access. 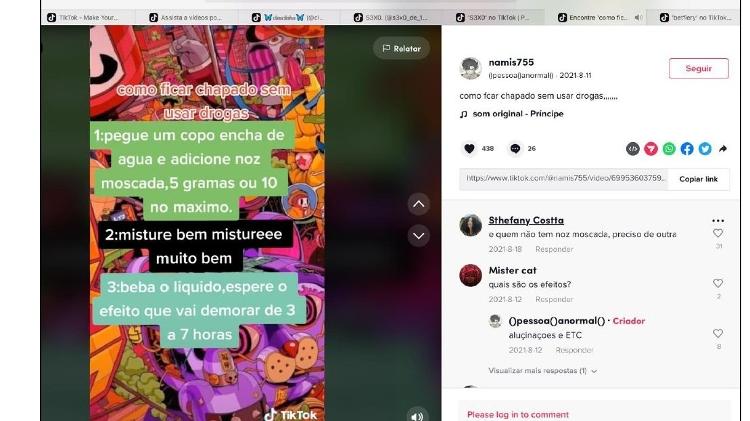 In prints attached to the process, lawyer accuses TikTok of contradicting the ECA

Another problem exposed in the lawsuit is related to the search algorithm. The platform would be programmed to identify distorted terms that circumvent restrictions on video search, says the indictment.

For example: it is not possible to search for ‘sex’, but the term ‘s3x0’ yields results registered in this way. As stated in the action, this makes the constraint null.

What can change on TikTok?

If the court decides against TikTok, it is possible that the platform will change the way we view videos, as the lawsuit asks the social network to adopt the following changes:

Make it impossible for underage people to access inappropriate content according to classification; Implement an inspection, conference and monitoring policy to analyze user registrations to certify age; Require users to indicate and classify the age group of videos published .

In his preliminary statement, prosecutor Lélio Neto agreed on the need for the platform to adopt measures.

Given this scenario, it is essential that those responsible for social media sufficiently adopt security and privacy measures aimed at protecting their users under the age of 18. Prosecutor Lélio Neto.

How legal action can change the other platforms

As the process has not even been considered on its admissibility, it is still early to know if the case will result in disfavor for TikTok.

On the other hand, if the arguments of the action are accepted, the decision may be reflected in other social networks. This is how the lawyer Marco Antonio Araújo Júnior evaluates, a specialist in New Technologies Law and a master in Diffuse and Collective Rights.

To the extent that the decision is favorable to the consumer, in the sense that the digital platforms comply with the disclosed privacy policy and the higher courts confirm the decision, it can become a paradigm for other similar cases, in any of the social networks. Marco Antonio Araújo Júnior, specialist in New Technologies Law.

The lawyer considers it possible for digital platforms to be held responsible if they leave children exposed to content considered inappropriate for their age.

“ECA requires that content made available to children and adolescents cannot contain illustrations, photographs, captions, chronicles or advertisements for alcoholic beverages, tobacco, weapons and ammunition, in addition to pornographic or obscene messages”, he stressed.

Opinion: Blog do Dunker – Museum with pieces from other countries preserves history… or kidnaps it?

I have just come out of a lecture by Cameroonian philosopher Achille Mbembe at the University of London (Birkbeck), where he delivered a meditation worth sharing.We tend to...

Opinion: Alexandre Pellaes – Having empathy at work is being a muggle, being strategic or being human?

In the social sciences, there is a term called prosocial behavior, which, in short, means the set of voluntary actions and behaviors intended to benefit another person. That...

Piauí, Distrito Federal, São Paulo and Goiás have the highest quality of fixed internet for downloading and consuming high-resolution online videos, according to a survey by the My...

The extraordinary withdrawal of up to R$1,000 from the FGTS to 42 million workers caught the attention of scammers and fraudsters who, taking advantage of security flaws, managed...

IR 2022: Revenue should release tomorrow consultation of the 2nd batch of refunds

Starts today withdrawal of up to R$ 1,000 from the FGTS; see who is entitled

Aneel announces green flag on electricity bill in May