Healthtechs, medical and hospital care startups, promise cheaper health plans. However, even these companies have high value for older people, as is often the case with traditional plans.

To try to lower the cost of the elderly, is it worth hiring a healthtech health plan? experts heard by UOL say that the readjustment being controlled by the ANS (National Supplementary Health Agency) is an advantage, but there are still barriers such as the price of monthly fees and territorial coverage.

Opinion: PagBank Investimentos – Fiscal risk in Brazil and recession in the world: check analysis for investing

Opinion: Petrobras resumes business sale plan, but there is little chance of progress

Price of plans for people over 59 years old

Plans traditionally known for serving the elderly population, such as Prevent Senior, have lower starting prices. Hiring monthly fees range from R$1,104.27 to R$1,589.90, according to information on the company’s website. The São Cristóvão Saúde plan, in the east of São Paulo, is widely used by the elderly, and has prices starting at R$ 699. All values ​​consider the age group over 59 years old.

Businesswoman Marta, 68, who preferred not to give her full name, lives in São Paulo and switched from a Prevent Senior plan to one from QSaúde, even though she paid more for the service. Before, the plan cost just under R$ 1,000, with coverage only for the infirmary, and today it is around R$ 1,892 with apartment coverage.

Marta was dissatisfied with the old plan and started looking for new alternatives. The exchange was made in August of last year and he has no regrets.

At no time did she feel afraid to close the contract because it is a healthtech and she is satisfied with the service.

Alternative to the lack of individual plans

Today, there are few alternatives for individual health plans on the market and, therefore, the emergence of healthtechs helps to serve an underserved public.

Giselle Tapai, a lawyer specializing in the right to health, says that the increase in the number of healthtechs and new health solutions can help to better serve the elderly, who are normally more vulnerable.

A survey by Distrito, an innovation platform aimed at startups, shows that the number of healthtechs in Brazil grew from 248 in 2018 to 1,002 last year. 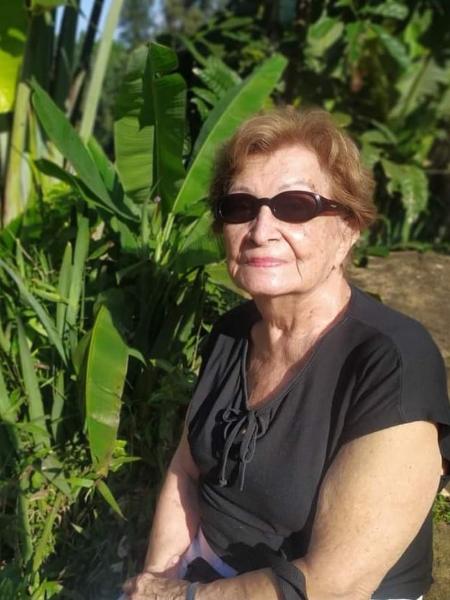 Paula is 93 years old and lives in Rio de Janeiro

Retired Paula de Sampaio Kern, 93, lives in Rio de Janeiro and has a Prevent Senior health plan since November 2020. The insurance was chosen for its price and for having an accredited hospital closest to her home.

“I had other health plans, but I migrated to Prevent Senior. The plan does not reach R$ 900 for me”, says Paula. Despite the lack of options, the retiree says she is satisfied with the service. In a few weeks, Paula has to go to three different doctors.

Opening a health plan at a healthtech was not even an option at the time, as neither Paula nor her family knew about this type of plan.

Readjustment regulated by ANS and digitalization

All companies in the sector must follow ANS rules, such as meeting the mandatory coverage of the agency’s list and following the maximum readjustment amount for individual and family plans.

Vanessa Gordilho, director general of healthtech QSaúde, says that one of the advantages of having a plan at a healthtech is to unite technology in favor of treatment, in addition to defending the care model focused on disease prevention.

In practice, the patient is first attended by the doctor who always accompanies him and then is referred to a specialist, if necessary.

“We try to have a more accessible plan. The big difference is that we have an individual plan, which makes the consumer have financial predictability”, says Gordilho.

Leandro Rodrigues, commercial manager at Kipp Saúde, says that another advantage for consumers, especially those over 59, is the creation of a bond with the professionals who serve them.

“This very close process that the health team promotes to clients, especially for those over 59 years old, ends up being welcoming. You create a great synergy with the doctors”, says Rodrigues.

Geographic coverage and price of plans are still barriers

Matheus Falcão, lawyer and researcher at the Idec (Brazilian Institute for Consumer Protection) health program, says that healthtechs follow the logic of preventing patients’ illnesses to reduce operating costs -when the plan only works with assistance, it tends to get more expensive.

Despite the proposal to make healthcare more accessible, location is still a disadvantage for consumers who opt for these plans.

“There is still no proof that this model works for everyone. Usually these companies operate in large centers, places that are already well served. It is a barrier to a consumer in a more inland area”, says Falcão.

Alice Saúde has coverage throughout Brazil and Casa Alice, the company’s clinic, is located in São Paulo. QSaúde and Kipp have coverage in São Paulo and nearby municipalities, such as Osasco, Guarulhos and ABC Paulista — depending on the contracted plan.

The price is also usually high, and not affordable for many Brazilians.

“We have already received complaints from consumers who were unable to carry out the portability because the healthtech price was higher than the plan they had”, says Falcão.

Sergio Bivar, CEO and co-founder of Exmed, a fintech that offers health insurance, says that the healthtech market has not yet found the ideal formula.

“Most were inspired by the concept of medical health and have not yet fallen to the taste of Brazilians. The price is high and some consumers opt for traditional companies because they already know better”, says Bivar.

Precautions when hiring the service

Healthtechs are regulated by the ANS, as are traditional health plans. As hiring is online, Tapai says that consumers need to pay more attention to knowing what they are actually hiring.

Despite being an option for consumers who cannot find individual plans on the market, healthtechs still have plans that are expensive for most Brazilians.

Some are not health plans

There are healthtechs that do not sell health plans. They only offer consultations and exams at lower prices, but do not have a hospital structure for hospitalizations. This is something that consumers need to be careful about.

“Many are not plans, but they induce the consumer to think that they are. To find out if it is or not, operators always have an ANS number that needs to be on the main page of the site, a black rectangle”, says Falcão.

If the consumer cannot find the number, he can still check it through the ANS website. Just inform the name of the plan, the type of contract, the coverage and the scope to assess if the plan exists (check it here).

Opinion: PagBank Investimentos – Fiscal risk in Brazil and recession in the world: check analysis for investing

Opinion: Petrobras resumes business sale plan, but there is little chance of progress

On Monday night (27), state-owned Petrobras (PETR3/PETR4) announced to the market the resumption of the process of selling some of its assets, including the Abreu e Lima refinery...

The pressure that the Bolsonaro government and the president of the Chamber, Arthur Lira (Progressistas-AL), have been making to approve the Proposed Amendment to the Constitution (PEC) that...

Radio, lamp and other accessories that run on solar energy

Activism vs espionage: remember the controversy between Assange, Wikileaks and the USA

With many of the M4 solutions. BMW future M2 for October

CPV: Jarama with “full house” in the opening round of the National Speed ​​​​