Nvidia Creates Free Metaverse Platform, With Project for an ‘Earth 2’

How long will it take for the much talked about metaverse, a digital universe, similar to the real one, where we can exist through avatars, to reach us? Maybe it’s closer than we think.

Tilt spoke with Richard Kerris, vice president of the Omniverse project, a platform that enables real-time 3D simulations and collaborations, from Nvidia. Created to be the foundation that connects hitherto independent virtual worlds, it is one of the main instruments to inaugurate this immersive chapter of the internet.

“Some people think the metaverse depends on headsets, special glasses, augmented reality devices. But if you really look at it, it’s simply the next generation web network. A natural progression of the internet,” explains Kerris.

“Today, our interactions take place in a 2D-based version of the web. There are some 3D things you can do, some entertainment spaces, but it’s not something unified like ‘regular’ internet sites. In it I can, for example , open a video on any device or browser, and it will be consistent.”

The html support network is what ensures consistency across internet experiences. Now, something similar is being developed to interconnect immersive environments and allow the existence of a so-called metaverse, without borders.

“We believe that the USD [Universal Scene Description] will be the 3D html. It is a ‘pipeline’ for connecting virtual worlds”, says Kerris. Omniverse is, precisely, based on USD (created by the animation studio Pixar, with open source, in collaboration with Nvidia and Apple) and on NVIDIA RTX technology. , which uses ray tracing and artificial intelligence for instant photorealistic renderings.

Omniverse is free for individual users and can be downloaded here. See some of what the platform can do:

The time and turn of the metaverse

Metaverse, however, is a topic that still polarizes opinions. For tech enthusiasts, its presence already seems obvious, with major players in the market turning in that direction. But for the average audience, it still seems like something absurd, reserved for science fiction — or those who have the money (and patience) to use those headsets that Kerris says are not necessary.

The executive understands this reluctance and gives a practical example. It took more than ten years for the internet to really become simplified and accessible to people, through devices and browsers. The same will happen with the metaverse. “There will also be a natural progression. We are already seeing all of this happening and increasing,” he says.

The current boom is linked to the widespread advancement of artificial intelligence, 5G connections and powerful GPUs. “It’s the perfect moment in history that will help create the vision of this new network, or metaverse of reality,” says Kerris.

Compatibility between 3D design, modeling and coding software and languages ​​is also crucial. “Omniverse uses existing tools out there that people are already familiar with to create and share these worlds. On the platform, they gain additional benefits such as real-time rendering and collaboration with others around the world.”

So will we inevitably have the chance to live forever in a virtual world? Slow with expectation: “You will exist, yes, in these virtual worlds, but connected to the physical world, in more pragmatic experiences”, believes Kerris.

“We’ll leave the ‘uploading’ of a conscience to science fiction authors, as these are very difficult ideas and concepts to achieve”, he jokes. 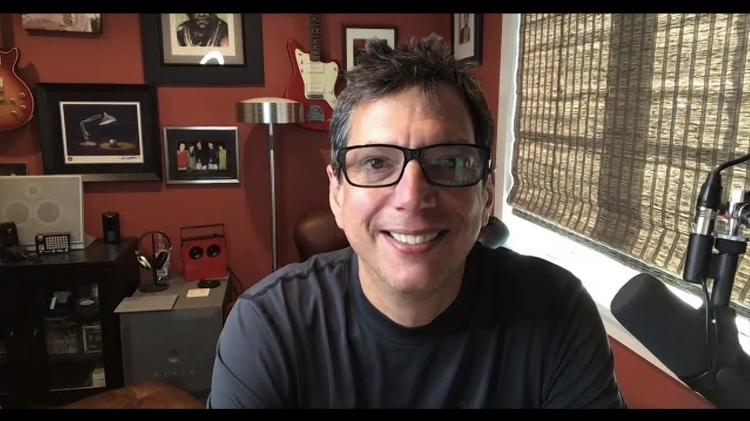 Richard Kerris spoke to Tilt from his office in California (USA)

So what is the metaverse for anyway? Professionals from various fields are already starting to discover how to use Omniverse’s virtual worlds.

“Several companies are activating their ‘digital twin’ [gêmeo digital; uma cópia exata de um local]whether it’s a residential building, a wind power plant, a smart warehouse from Amazon and PepsiCo, or a future 2.0 factory for a big industry like BMW and Ericsson.”

This virtual environment works like a test tube, where small and large changes in the production flow can be tested, avoiding more serious consequences if certain errors happen in real life.

What if these mistakes were, for example, the excessive use of fossil fuels and the degradation of nature to the point of affecting the ecosystem of an entire planet?

That’s what Nvidia plans to discover with its most ambitious “digital twin” project: Earth 2 (“Earth 2”). The company will use a supercomputer to create a “virtual clone” of our planet, dedicated to studying climate change.

“It will be a kind of time machine. We will be able to look back and learn, and also project to the future and understand”, says Kerris. The expectation is to develop better mitigation and adaptation strategies, in different regions of the globe, over decades.

The company has another project that connects the multiverse and the environment. In partnership with Lockheed Martin, its goal is to help fight wildfires in the United States. From historical, geographic (terrain, elevation, slope) and climatic (winds, humidity) data, he manages to recreate the affected environment, where it would be possible to predict the fire’s evolution.

US President Joe Biden is expected to roll back some tariffs on Chinese imports soon, in a measure limited by competing policy goals: fighting inflation and keeping economic...

After three years of maintenance, the LHC particle accelerator of the European Organization for Nuclear Research (CERN) in Meyrin, on the French-Swiss border, is ready for new experiments....