Japan seeks an “inexhaustible” source of energy in one of the most unlikely places: the depths of the oceans.

The Asian country announced that it has successfully completed the testing phase (three and a half years) of a super turbine seen as a good alternative to transform energy production in Japan and the rest of the world.

Oceanic ‘microbe soup’ examined by researchers and the French Navy

Analysis: Global stocks fall on fears of US recession – and even the world

The project, called Kairyu, is a pioneer in using marine currents to generate energy, and experts involved say it is one of the most powerful and least used natural sources today.

And although the sun, used for solar panels, sets and the winds, used for wind turbines, vary, the sea currents follow a constant flow almost permanently. And that’s why the companies behind the project call their source truly “inexhaustible”.

The great challenge for decades for the Japanese was how to design a generator capable of withstanding the strong currents that pass close to their backs.

Since 2017, IHI Corporation has teamed up with the New Energy and Industrial Technology Development Organization (Nedo) to test projects.

They finally managed to make a model work for over three years: the Kairyu.

The generator was able to consistently produce 100 kilowatts of power during that period, which encouraged the companies to launch an even bigger project.

The idea is to extend the Kairyu to transform it into a gigantic 330-ton structure that will seek to generate 2 megawatts of energy. They predict that it will be operational, in a really viable way, by 2030.

But experts point out several obstacles to this technology, such as high costs, logistical difficulties and the country’s lack of experience in offshore operations.

Kairyu, whose name means “ocean current” in Japanese, features a 20-meter-long structure accompanied by a pair of similarly sized cylinders.

Each of the cylinders has a power generation system connected to an 11 meter long turbine.

The device will be connected to the seabed by a kind of anchor and a power cable, which will also serve to transport the generated energy to the mainland.

As explained on their IHI Corporation website, the design means the device can be moved, raised or lowered, to find the most efficient current orientation for generating electricity.

Kairyu was designed to float about 50 meters below sea level. 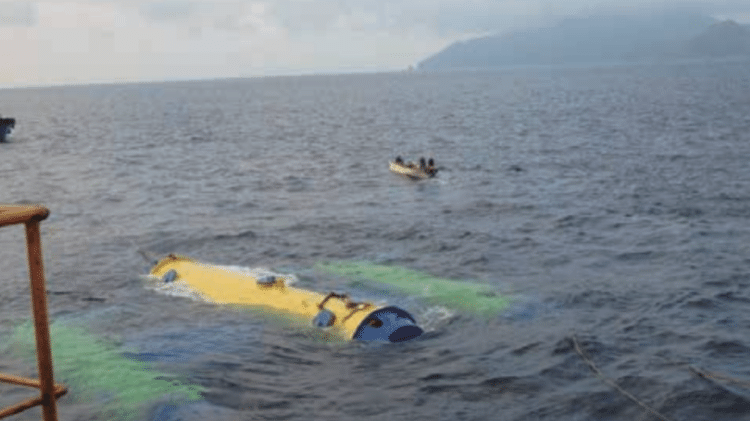 The force of the water turns the turbine blades placed in the opposite direction, which, together with a series of position sensors, makes the device remain relatively stable despite dramatic water movements in this area.

The new superturbine will be placed in the so-called Kuroshio Current, an ocean current that flows from the east of the Japanese coast in a northeasterly direction at a speed of 1 to 1.5 meters per second.

The company behind the project estimates that if the present energy could be used in other projects in Kairyu, it would be possible to generate around 200 gigawatts of electricity, an amount that represents 60% of what the country currently consumes.

Japan is highly dependent on imported fossil fuels for power generation. According to official figures, the country imports more than 99% of its crude oil and around 98% of its natural gas, mainly from the Middle East.

Although it has several nuclear power plants, this form of generation became largely unpopular in the country after the 2011 Fukushima accident, one of the worst in history.

If before that year nuclear energy represented a third of all that was produced in Japan, today it is less than 4%. 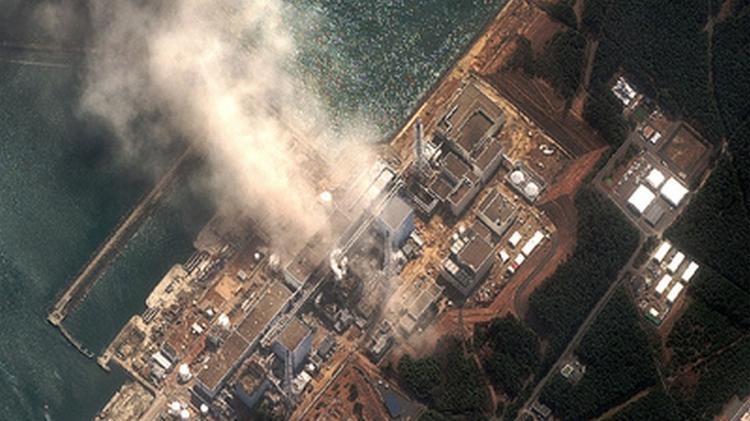 Tsunami in 2011 caused an accident at the Fukushima nuclear power plant, and support for this type of power generation plummeted in Japan.

Fossil fuels are now the source from which a third of the energy consumed by Japan is obtained, although in recent years the country has also started to experiment with natural sources, which currently represent 18% of energy generation, according to official data.

However, the country faces a “natural enemy” to a greater commitment to renewable sources: its own geography.

As a mountainous archipelago, Japan does not have large spaces that can be used for fields of wind turbines or solar panels and, being distant from other nations, it is more difficult to buy energy in other territories.

But in its geography there are wide coastal zones and strong sea currents, which is why these have been on the plans of several companies for decades. But there are several obstacles to getting them off the ground.

Last year, the UK put into operation the so-called Orbital O2, a floating turbine that generates energy from the tides and has been able to produce 2 megawatts of electricity.

While the Japanese media has been optimistic about Kairyu, they also recognize that the challenges ahead are enormous.

Despite global interest in this relatively underutilized renewable energy source, previous attempts to extract electricity from the tides, waves and currents of the open ocean have failed.

Among the main obstacles are the high costs of building such a structure and placing it in the open sea, the environmental problems it can generate and the dangers of proximity between coastal areas and the electricity grid.

The physical characteristics of sea currents themselves are a problem for the idea: they tend to be strongest near the surface, which is also the area where the force of the typhoons that generally hit Japan every year and that can affect the ocean is most felt. turbine.

Although the more than three-year trial has managed to maintain a steady energy flow, its generating capacity is still very small compared to other renewable energy sources that have undergone greater technological development in recent years.

Experts on the subject heard by the Bloomberg news agency indicated that Japan has little experience in offshore construction, which also raises doubts about the feasibility of the project, which requires works on the seabed.

Being far from the coast and in conditions that are often hostile due to currents, there are also fears that their installation, operation and maintenance will imply excessively high costs that may, in turn, reflect on the prices of generated energy.

Manufacturers, however, are optimistic.

“Nedo hopes that the generation of electricity by ocean currents will become a new source of renewable energy”, says the company.

‘This text was originally published at https://www.bbc.com/portuguese/internacional-61858964’

Oceanic ‘microbe soup’ examined by researchers and the French Navy

Roscoff, France, 29 Jun 2022 (AFP) - Between 10 and 100 billion living organisms inhabit every liter of seawater. But this "oceanic microbiome", which made the planet habitable,...

Analysis: Global stocks fall on fears of US recession – and even the world

This is the online version of today's edition of the Inside the Stock Exchange newsletter, which shows how global stock exchanges are reacting to the risk of recession...

Toto Wolff admits that his team must set realistic expectations for the British GP despite their performance in Canada. The team leader warned that “there is still a...

Who is Pedro Guimarães, president of Caixa accused of harassment

Known as one of the characters who came closest to President Jair Bolsonaro (PL) in recent years, the president of Caixa Econômica Federal, Pedro Duarte Guimarães, returned to...