Anticipated by the Prophecy prototype, the Hyundai IONIQ 6 was finally revealed, reinforcing the «IONIQ family» of which the IONIQ 5 is already a part and to which an SUV will be added, the IONIQ 7.

As with the IONIQ 5, whose lines are practically identical to the 45 Concept that anticipated it, the new Hyundai IONIQ 6 also remained faithful to the lines of the prototype that served as an antechamber, in this case the Prophecy.

Yes, the proportions have changed a little — safety standards and practicality require it — but overall the new IONIQ 6 is really very similar to the Prophecy prototype that should have been unveiled in Geneva two years ago. 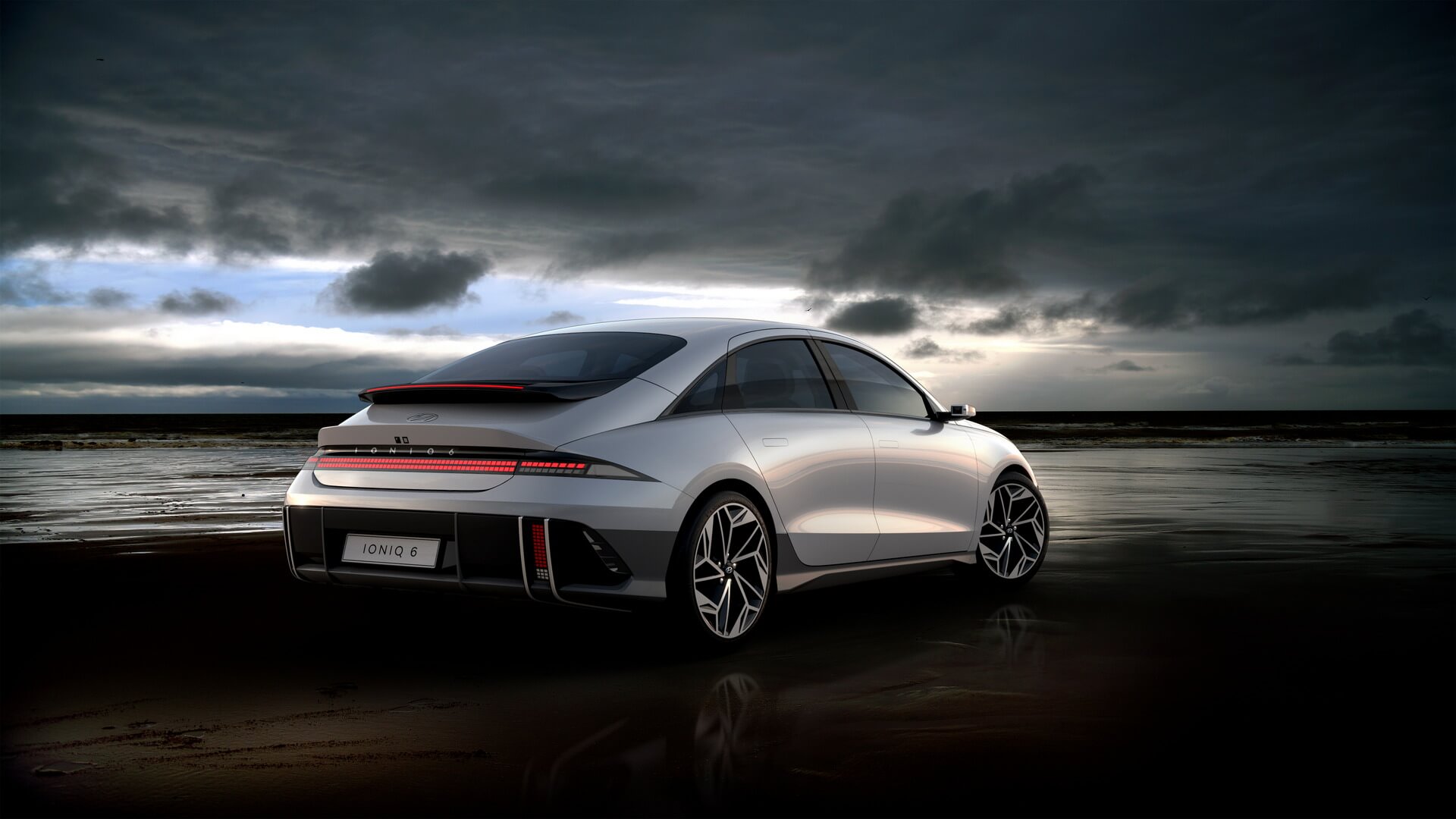 The visual proximity between IONIQ 6 and Prophecy is evident.

does not go unnoticed

Rival of models like the Tesla Model 3 or the model anticipated by Volkswagen ID. Aero, the IONIQ 6 is a saloon, but it doesn’t hide its inspiration from the coupé world, maintaining proportions that remind us of those of… Porsche.

As promised, the lighting is made up of units defined by the brand as Pixel. In total, more than 700 Parametric Pixels were used in the front and rear lights, giving the IONIQ 6 a very particular light signature.

Furthermore, the slim lines of the new IONIQ 6 ensure it has a drag coefficient of just 0.21, one of the lowest values ​​among production models currently on the market. 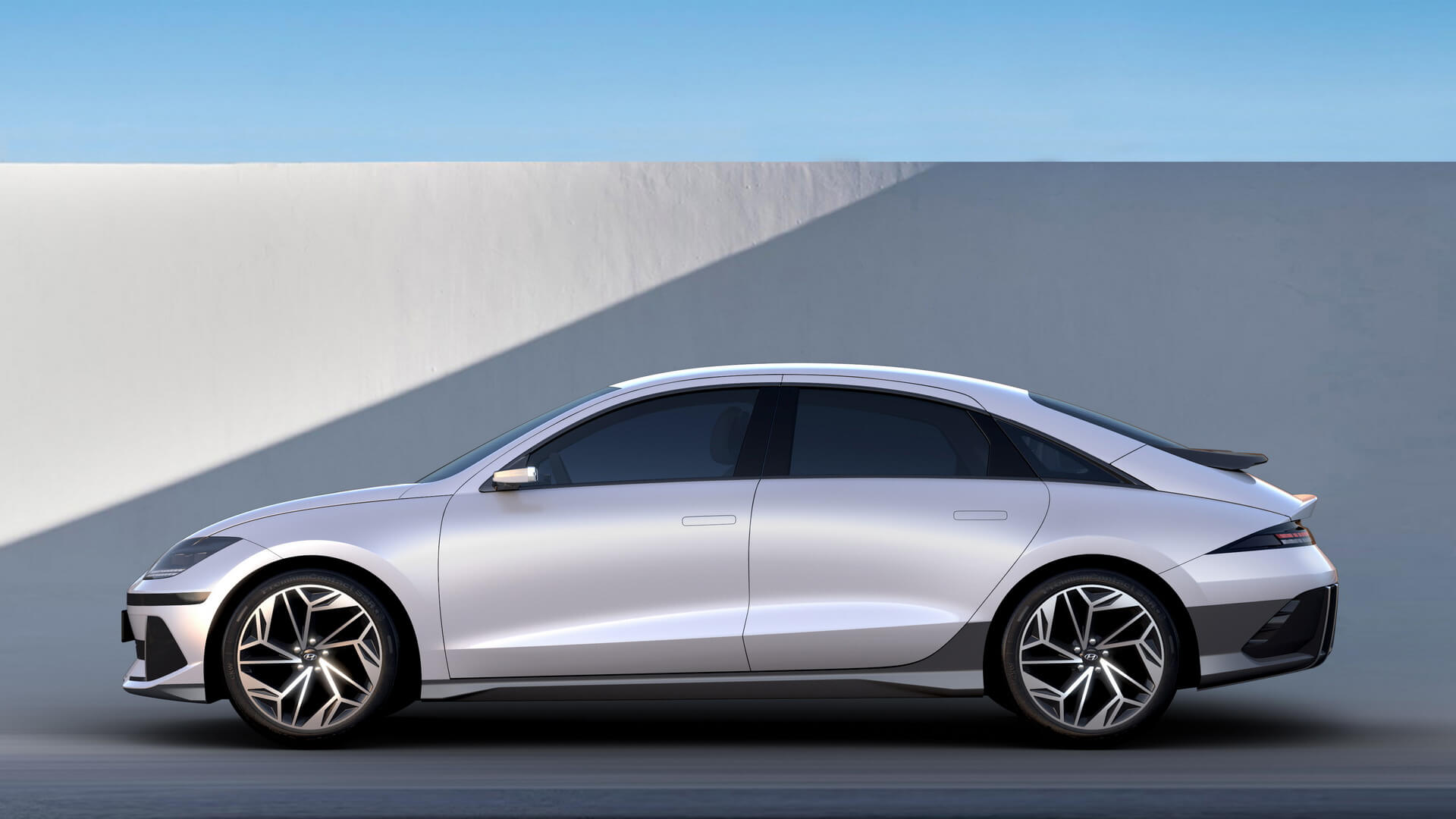 Inspired by the “cocoons”, the interior of the IONIQ 6 features a dashboard with simple, straight lines but particularly modern.

The biggest highlight has to be given to the two 12” screens, one for the infotainment system and the other that fulfills the functions of the instrument panel. 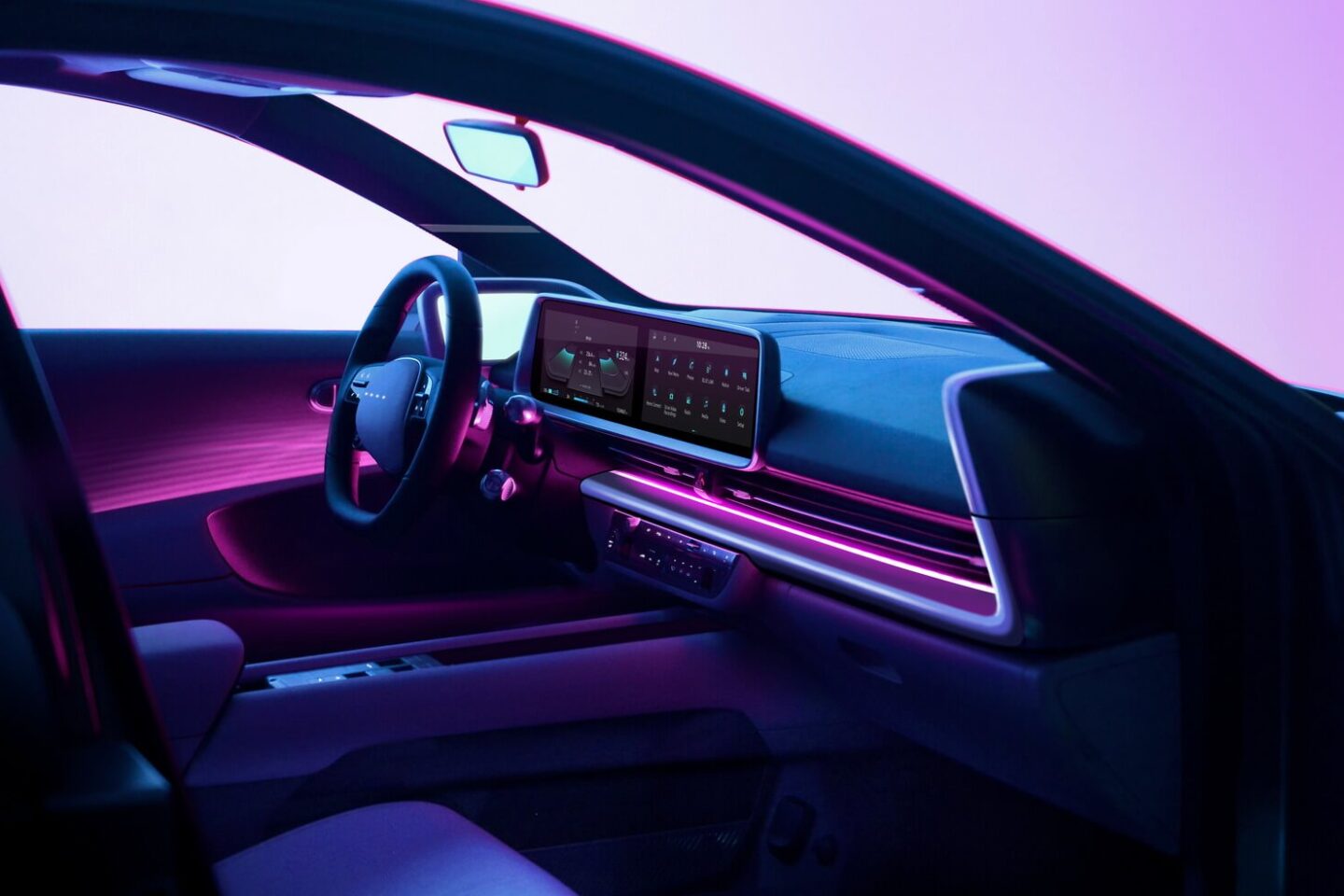 Inside the IONIQ 6 simplicity reigns.

Also noteworthy is the cabin lighting, with occupants being able to choose from 64 different colors and six dual color schemes to make the interior of their IONIQ 6 more exclusive.

As on the outside, inside we also find interactive Pixel lights, in this case on the steering wheel. The materials are largely recycled.

Finally, in terms of habitability, the new Hyundai IONIQ 6 “takes advantage” of the potential of the E-GMP platform on which it is based to offer a spacious cabin where the flat floor is a real asset.

what is already known

Despite having revealed the lines of the new IONIQ 6, Hyundai has not advanced any technical data about its electric saloon.

However, taking into account that it is based on the dedicated E-GMP platform, we already know that Hyundai’s new 100% electric model will have an 800 V electrical system, which allows ultra-fast charging (up to 350 kW). 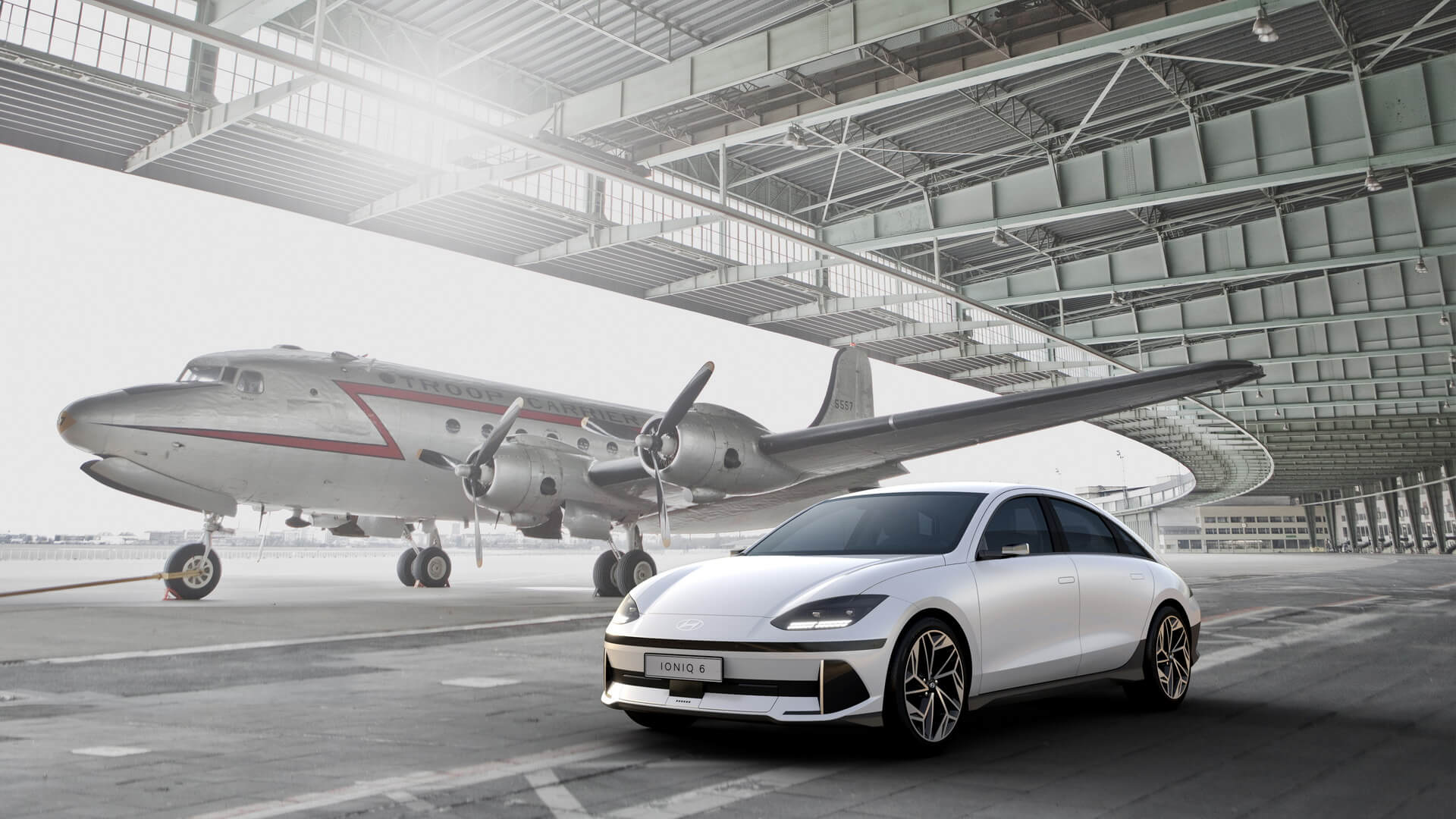 In addition, it is expected to present itself in versions with two engines and all-wheel drive or just one and rear-wheel drive.

If its numbers are identical to those of the IONIQ 5 in the single-engine version we can expect 218 hp and 350 Nm (the 170 hp version is unlikely to reach the IONIQ 6), while in the two-engine variant we will have 306 hp and 605 No.

Another possibility is that the IONIQ 6 will have a high-performance version N. If this is confirmed, it could reach close to 600 hp (similar to the Kia EV6 GT). 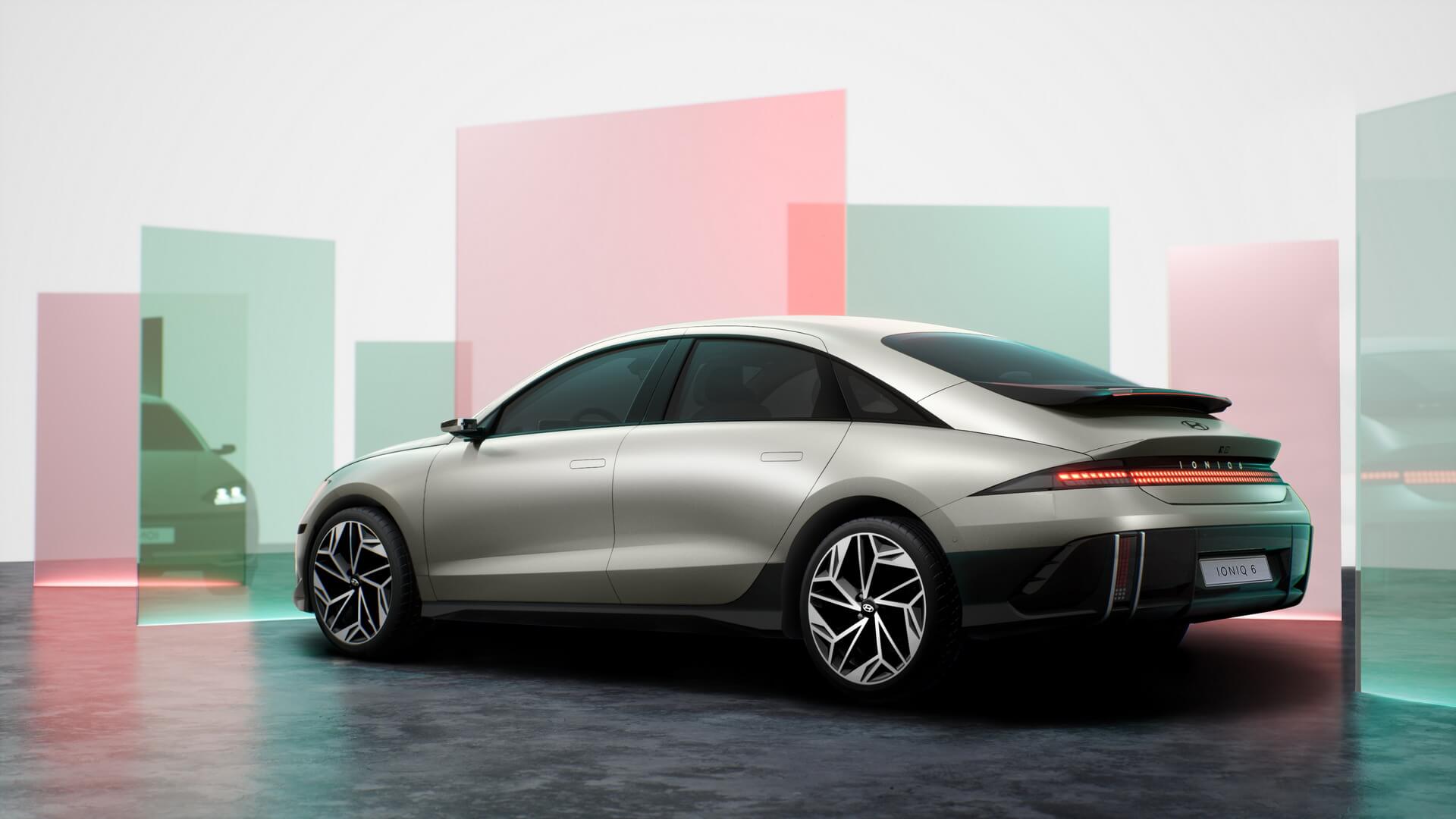 As for the batteries, most likely their capacity varies between 58 kWh and 77 kWh, like the IONIQ 5, but their autonomy should be higher, as a result of better aerodynamic performance.

All these questions will be answered in July, when Hyundai prepares to reveal all the details of the new Hyundai IONIQ 6.

It's a psychopath against a well-meaning incompetent, says Stuhlberger on elections

Elon Musk, an executioner of the elites or fundamentally selfish?