O Volkswagen T-Roc Cabrio it is the only version of the German SUV that is not produced in Palmela (it is produced in Osnabruck, Germany) and, at the same time, the only convertible from Volkswagen.

Now, in a market dominated by SUVs in practically all segments, does it make sense to add to today’s most desired bodywork the “genes” of one of the most aspirational car typologies there is?

Volkswagen tried to do it with this T-Roc Cabrio and to find out if the solution makes sense we’ve already put it to the test.

DON’T MISS: We tested the Toyota C-HR GR Sport. Is it possible to combine good performance with low consumption?

It doesn’t take great observation skills to realize that this T-Roc Cabrio is quite different from the rest.

With just two doors, the German SUV prioritized form over function (as expected in a convertible) and the end result seems to have paid off.

It is obvious that the huge doors and the high waistline do not guarantee it the typical elegance of traditional convertibles, but if the objective was to ensure that this T-Roc Cabrio did not go unnoticed, Volkswagen seems to have been (very) successful.

The “price” of losing the roof

As you would expect, there is a «price» to pay for riding «hair in the wind» and in the case of the T-Roc Cabrio this concerns the loss of habitability so praised in all other T-Rocs.

At the front, there are no differences, but the space in the rear seats has been greatly reduced as well as the capacity of the luggage compartment (from 445 l to 280 l), whose biggest «problem» is the very small access that forces us to give up carrying objects bulkier. 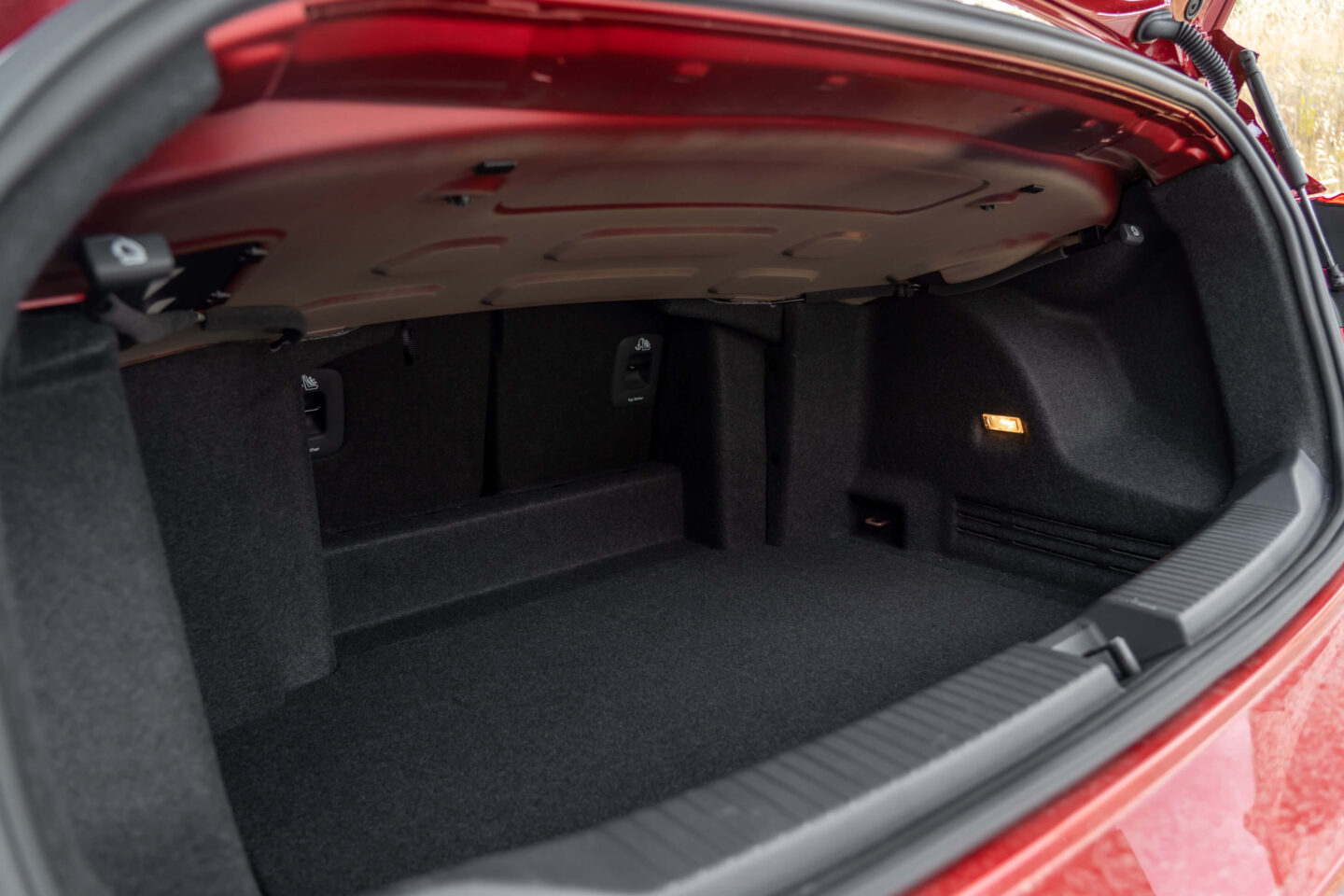 With a capacity of 280 l, the main “problem” with the luggage compartment is access.

In everything else we have the same qualities already recognized in the renewed Volkswagen T-Roc. The materials are nicer, the look more modern and only a few parasitic noises reveal that the overall rigidity of this T-Roc Cabrio is a little below that offered by its “brothers”.

The “best of both worlds”

I must admit that the first few kilometers behind the wheel of the T-Roc Cabrio were a bit of a disconcerting experience.

On the one hand, he was seated in a higher position typical of an SUV. On the other hand, the absence of the roof gave me a feeling of freedom normally reserved for much sportier and more expensive models. 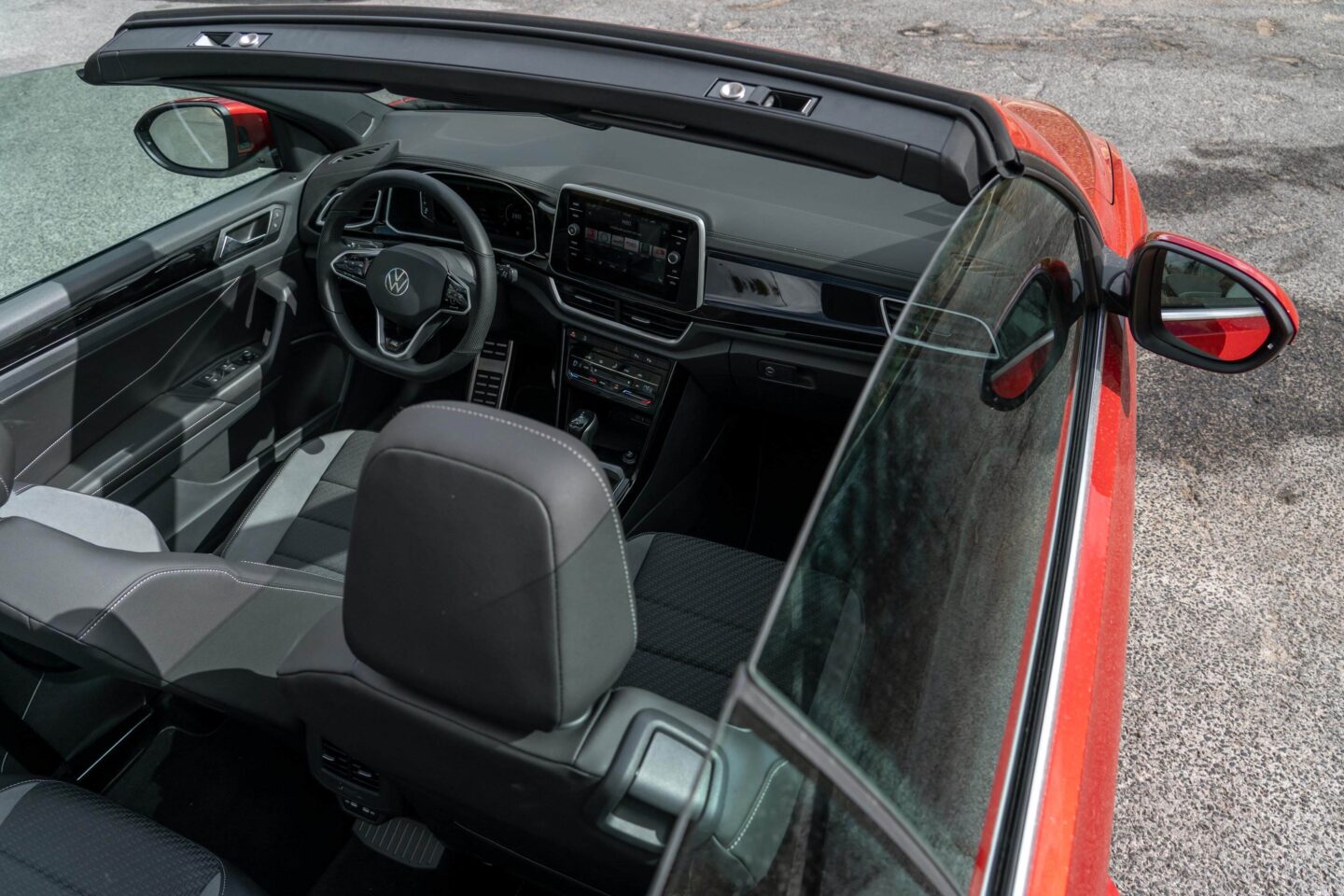 As with the soft top versions, the renovation brought nicer materials to the interior of the T-Roc Cabrio and a more modern look.

In the end I can only praise the driving experience of Volkswagen’s SUV/convertible. Well supported by a suitable 1.5 TSI of 150 hp, this T-Roc Cabrio not only proved to be a good bet as a «passenger car» but also proved to perfectly fulfill the task of a «day-to-day» car.

Consumption, in a drive carried out without great care with this chapter and, almost always, with the roof open, was fixed at a very acceptable 6.7 l/100 km, and the performance proved to be at the height of a model whose main objective is to “entertain” your driver. 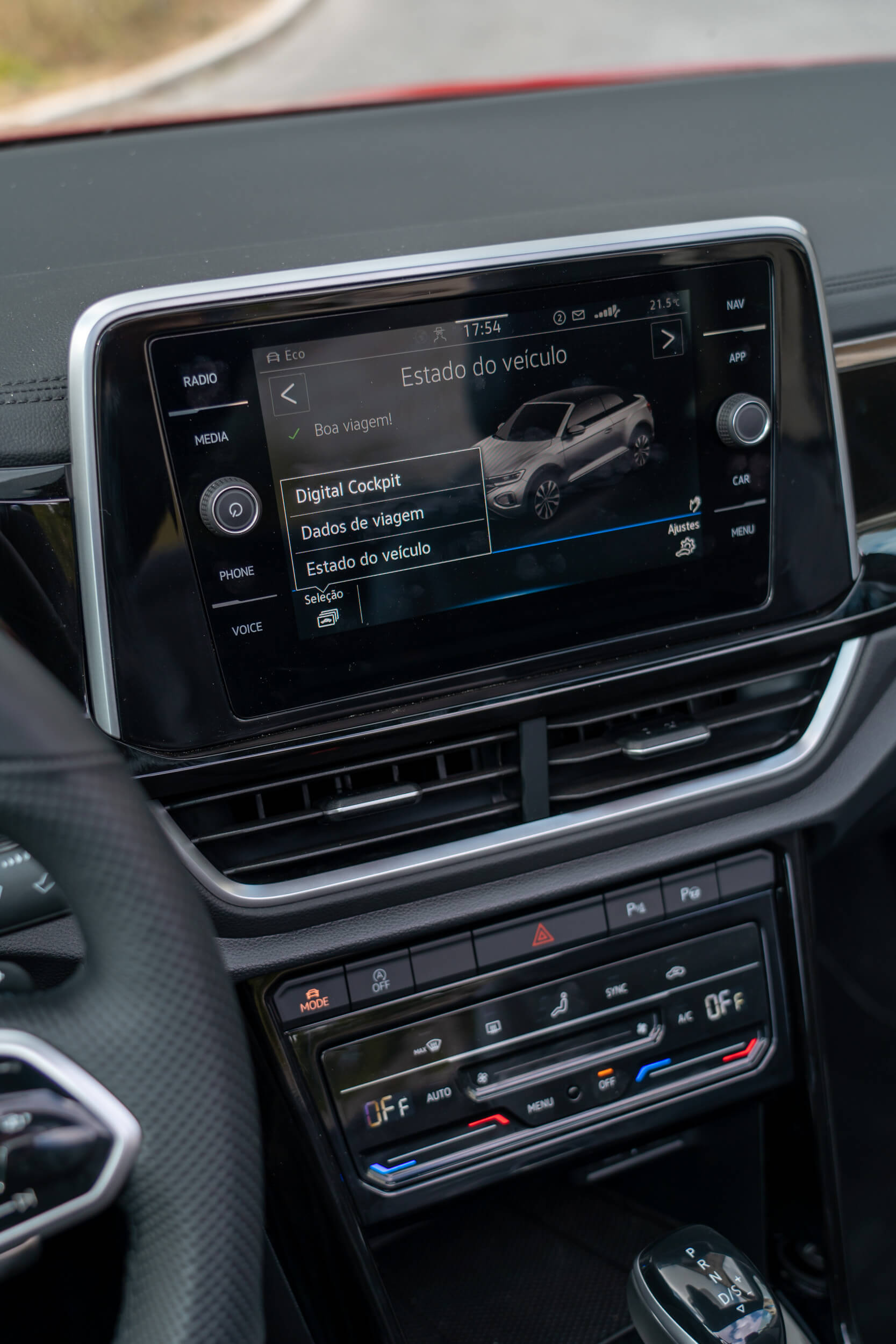 Contrary to what I was expecting, even with the roof open, the infotainment system’s display is still readable. There are reflexes, but not too much. © Thom V. Esveld / Automotive Reason

Speaking of riding with the roof open, the aerodynamic insulation proved to be in good shape, with no excess of «turbulence» even when driving on the highway with all the windows open.

However, in these circumstances, heated seats and steering wheel were welcome, equipment absent in the tested unit and that can help to enjoy the potential of the T-Roc Cabrio throughout the year.

It is true that the Volkswagen T-Roc Cabrio gives up some of the greatest qualities of the other T-Rocs (such as livability), but it does so for a «good cause».

Its price may seem high within the T-Roc range, but the truth is that it makes this one of the most affordable convertibles on the market, and I’m talking about a “real” convertible and not just a model with a panoramic sunroof. in canvas to which the designation “Cabrio” has been added, but which retains the side arches. 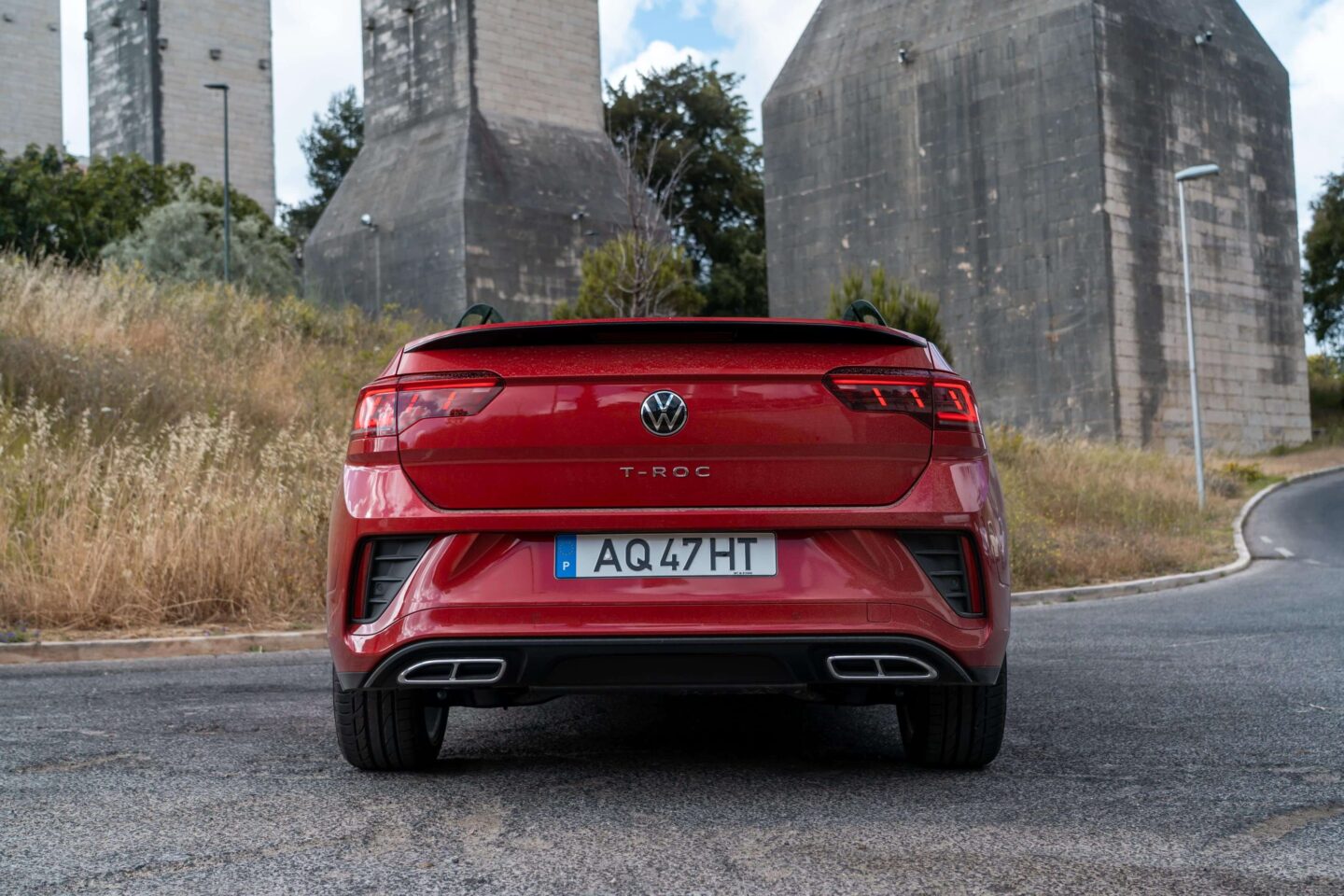 Best of all, by using the T-Roc as the basis for its convertible, Volkswagen has created a model with competent handling, comfort and, courtesy of the higher ground clearance, interestingly versatile.

Whether or not this is the recipe for the future of convertibles we still don’t know, but if it is, the truth is that the solution makes sense and don’t worry, the sensations of going around with your hair in the wind remain unchanged.

Formula E, António Félix da Costa: "I want to have the cleanest race possible and win"

Successor to Alfa Romeo Giulia will be a saloon? Probably not