Official. Ford Bronco comes to Europe, but in limited numbers

A true icon in the off-road world across the Atlantic — and we’ve even been able to put it to the test in «Uncle Sam’s lands» —, the Bronco arrives in Europe only in the four-door version and in a limited number of units. .

For now, Ford has not yet revealed the exact markets where its «pure and hard» jeep will be available – which has the Jeep Wrangler as its biggest rival – or how much it will cost, but we already know that the first Bronco units will arrive to Europe at the end of 2023.

DON’T MISS: Ford Bronco. The history of the «Jeep Mustang» 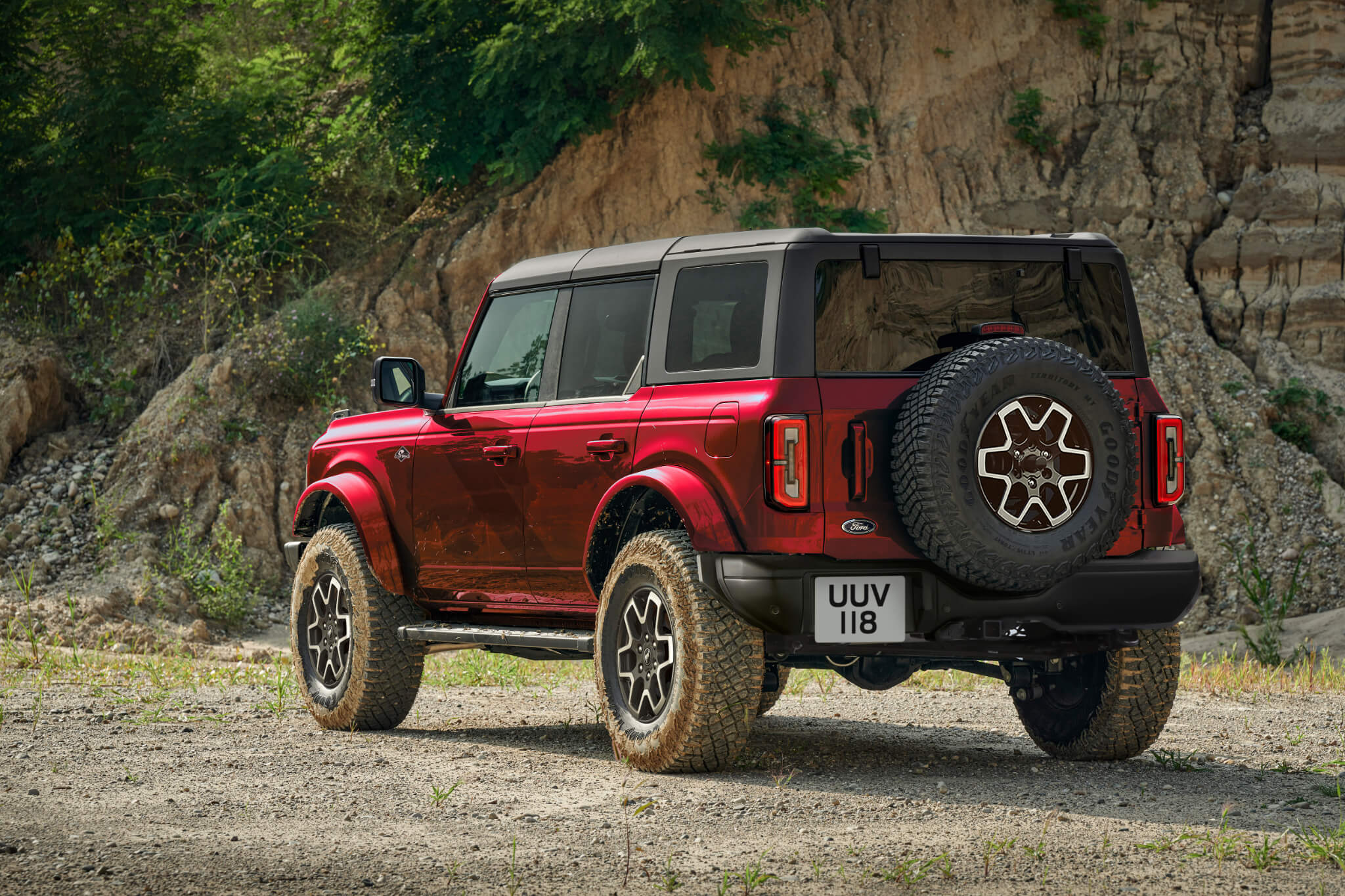 As in the USA, in Europe the Ford Bronco will also be accompanied by a series of accessories and optional equipment intended not only to customize it to the taste of its owner but also to make it (even) more adventurous.

These include equipment such as improved lighting systems (optional roof-mounted light bar and spotlights integrated into the A-pillar), a rear-mounted tent, a roof-mounted tent or even a side awning.

The seat covers in Neoprene, on the other hand, offer greater protection when the Ford Bronco is taken to its “natural habitat”, off-road. 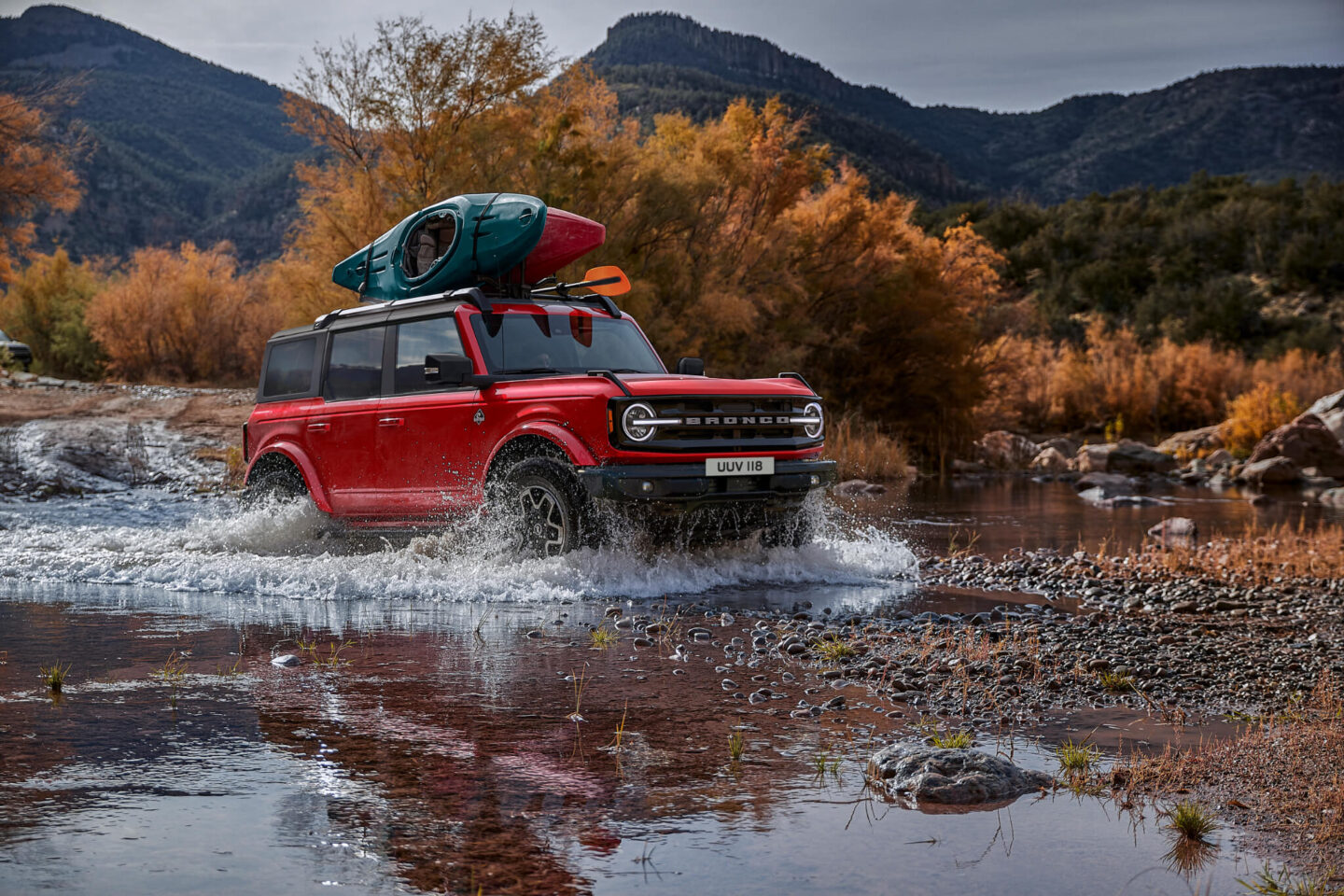 The Ford Bromco can count on various equipment intended for lovers of camping and extreme sports.

That’s where the Bronco starts by making use of good off-road angles, High-Performance Off-Road Stability Suspension (HOSS), independent wishbones and long-travel springs on the front axle, and a rigid five-link axle. , with long-travel springs and variable rear tare.

SEE ALSO: Electric and with 2000 hp, here’s the Ford SuperVan of the 21st century

In addition, the Ford jeep has the Terrain Management System, which adds to the traditional driving modes “Normal”, “Eco”, “Sport” and “Slippery”, the off-road modes “Mud/Ruts”, “Sand” and “Baja”, the latter optional as well as a front differential lock and a front anti-roll bar deactivation system. 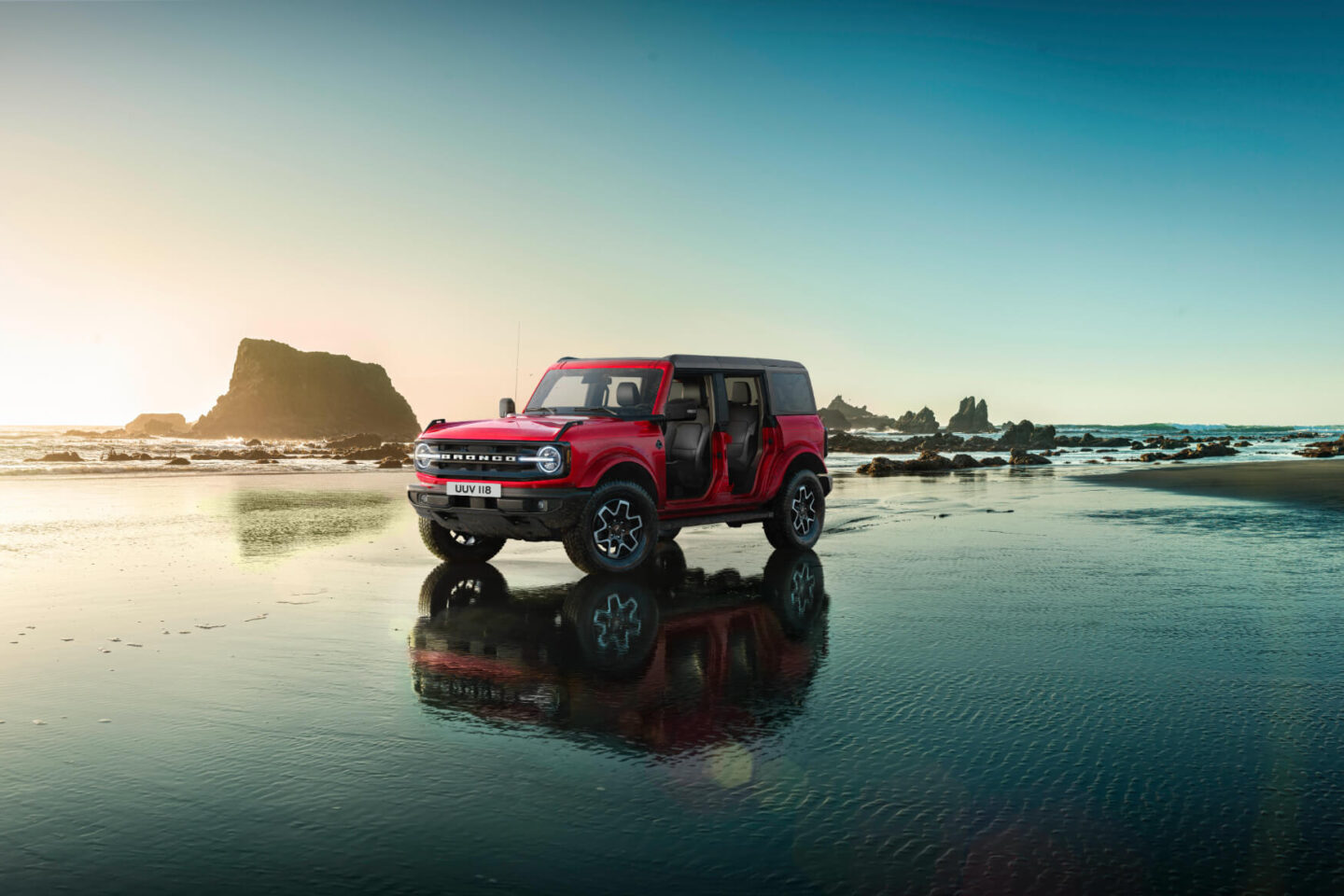 The transmission is in charge of a new seven-speed manual gearbox, exclusive to the 2.3 EcoBoost and with a specific all-terrain ratio, or a 10-speed automatic gearbox. 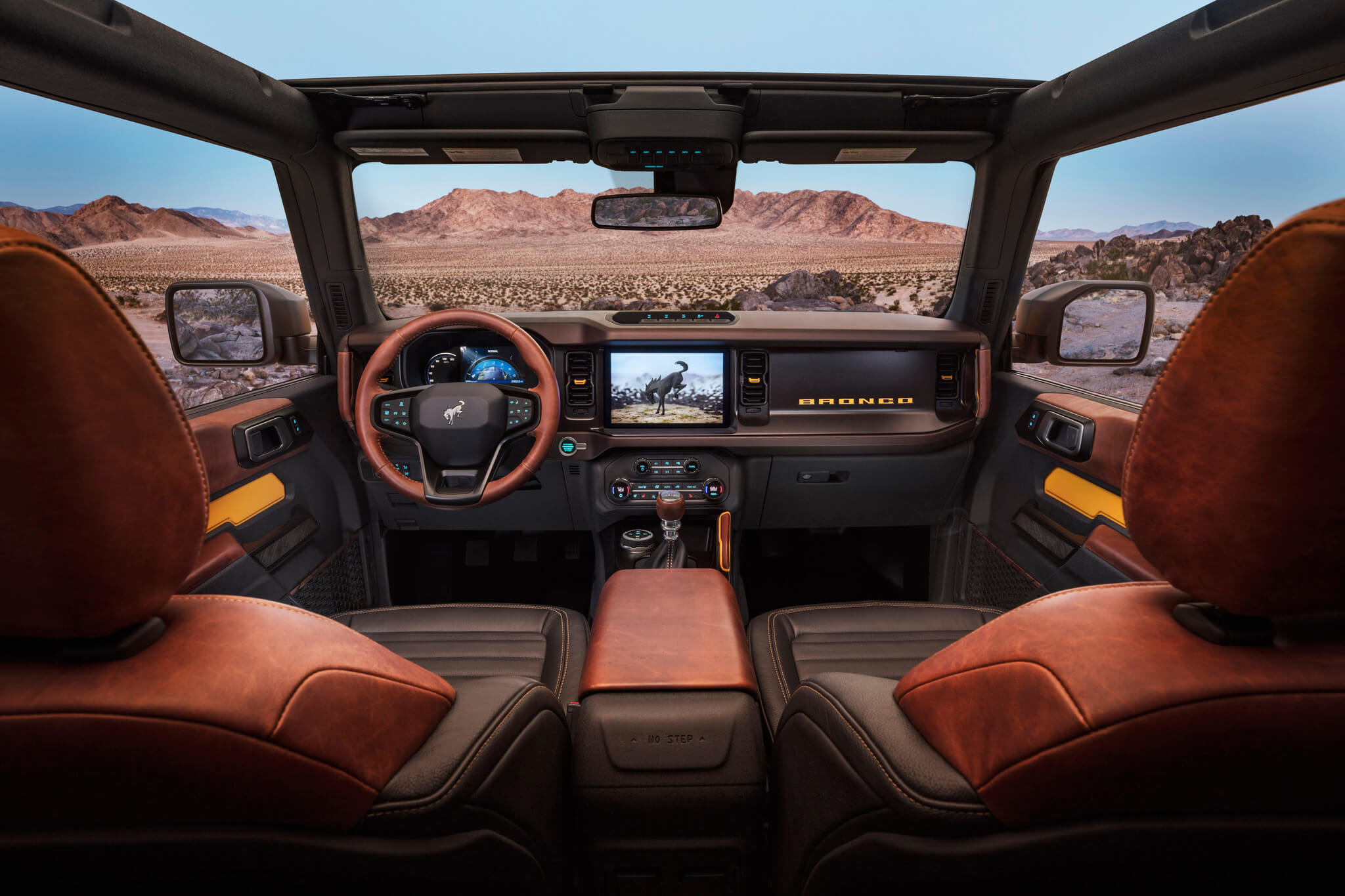 The image corresponds to the interior of the North American Ford Bronco, but the “European” should not differ much, confirming the 8” instrument panel, the infotainment with SYNC4 accessible by a 12” central screen and compatible with the Apple CarPlay and Android Auto systems.

Taking into account the specificities of the European market, it would be natural to see the Bronco reach Europe only with the 2.3 l EcoBoost. However, as it will be available in limited numbers, Ford may decide to offer its jeep with the V6 as well.

While the Ford Bronco does not arrive, the most off-road Ford for sale in Europe remains the Ranger Raptor:

One of the most beautiful stories in Formula 1 of the last eighteen months has been the friendship between Sebastian Vettel and Mick Schumacher, with Vettel using his...

The Circuit of the Americas (COTA) has revealed that a new grandstand is being built in time for this year's US Grand Prix, the tenth to be held...

Volvo has promised us a successor to the XC90, its biggest SUV, later this year and now, thanks to patent filing, we can see it first hand. The...

The UK Government has announced a roadmap for self-driving vehicles from 2025, including legislation and funding. As for Portugal, this technology should only take place after that date...

2,000 liters of seized oil will be used to produce biofuel