No filter or stalking: I tested the new ‘spontaneous’ social network for 11 days

“It’s time for BeReal, tap me to continue.” It was with this notification that I rang on my cell phone and received a countdown: I had 2 minutes to post a photo, wherever I was. Am I tidy? Is the light good? Is the scenery beautiful? None of that matters: either you click, or you miss the daily chance.

This is the logic behind BeReal, a new social network that wants to encourage “spontaneity” and “authenticity”. None of the ultra-glamorous (or digitally processed) photos on Instagram – which seriously affect the mental health and self-image of its users, according to data collected by Meta, the app’s owner.

It seems that it has worked: in the first four months of this year alone, BeReal has increased its user base by more than 300%. At Tilt’s request, I thickened this statistic and tested the app for 11 days.

shame front and back

I managed to get the picture before the 2 minutes were up. I took the selfie, hit “Send” and got my first scare. My face was published… but also a photo taken simultaneously by the rear camera, showing my bedroom wall and curtain, in their deepest banality. Nothing much. But maybe that’s exactly the point of the app. 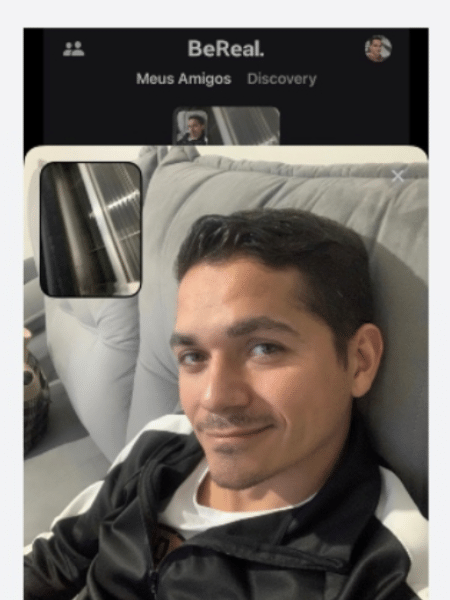 The first post (note the curtain on the rear camera)

On Insta, at least one filter could liven up the scene. At BeReal, they are prohibited. And you can’t do several clicks to post, only the best: pressed the button, that’s it. It’s that photo, without crying or candle.

The only photo I could choose was my profile photo, when I downloaded the app (it’s now available for Android and iOS). I wrote a short presentation about myself, submitted and authorized notifications – without them, it is impossible to participate in the app.

At that exact moment, I already received the first “mission” asking for a spontaneous photo. The same 2 minutes. I was in doubt, I got confused with the interface (which, in fact, is very similar to Stories, on Insta) and missed the deadline. “That was close, Adriano! Let’s try again!”, warned a new notification.

And yes, we tried again, for the next ten days. Notifications pop up at any time. One of them showed up after 10pm, I was away from my cell phone and didn’t meet the goal. I posted the next day, but as punishment, the app shuts you out of any interaction. All posts from those who clicked at the right time are blurred. 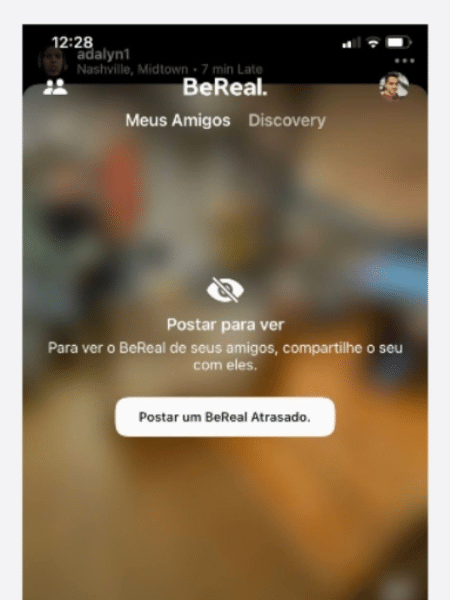 By the way, for those who are used to the immediacy and infinite scrolling of Facebook or Instagram, BeReal’s timeline is a different case. You can only see photos of people who accept your friendship. And yet, only that of the moment. Nothing is left on the person’s page – just the profile picture. (Where was that bio I had to write? I only found out later.)

For me, who love stalking what my friends (or celebrities) are doing, it was pretty frustrating. It is not even possible to try to follow any controversy, because there are no hashtags or search engine.

After all, your reality is just your real social circle, not Adele or Lázaro Ramos, right? So it was time for me to try to make some “friends” on BeReal.

If you want more content, you can try Discovery, which features posts from people around the world. But in this section, you can’t comment – at most, react with an emoji of yourself, the “RealMoji”. I created one with a thoughtful face and another giving a like. 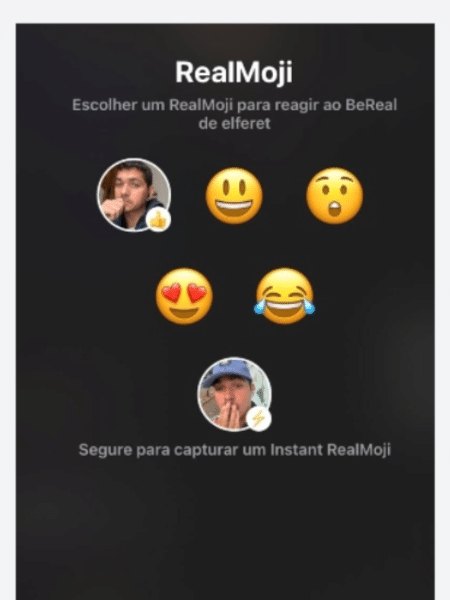 For authenticity, you are your own emoji

I took the opportunity to go requesting friendship with everyone who appeared. Over time, you become curious to know what the “authenticity” of the person was like at the same moment when you were simply working and took a boring photo in front of the computer. Was someone doing something more exciting? (Or even more common?)

Some people have already accepted my friend request. Of course, I went to search their profile, to try to find out a little more. Again, I came across only the basic photo.

When there was another round of posts requested by the surprise notification, I ended up commenting a “Hola” in the post of a boy from Spain who accepted me as a friend.

I stalked on the neighboring network: I looked for his name on Instagram, found it and finally I was able to talk, through DMs. I asked him why he was on BeReal. He limited himself to saying that he liked the spontaneity of the publications. (But he remains firm on Insta: his last photo, from July 24, was a selfie in front of the mirror to celebrate his birthday.)

After a few days of use, I noticed, in the upper right corner of the screen, a panel with the title of “Your Memories”. There are my “Last 14 days” of posted photos. Only I have access. I may delete some post, but it’s a decision with no turning back. Deleted, it’s forever. 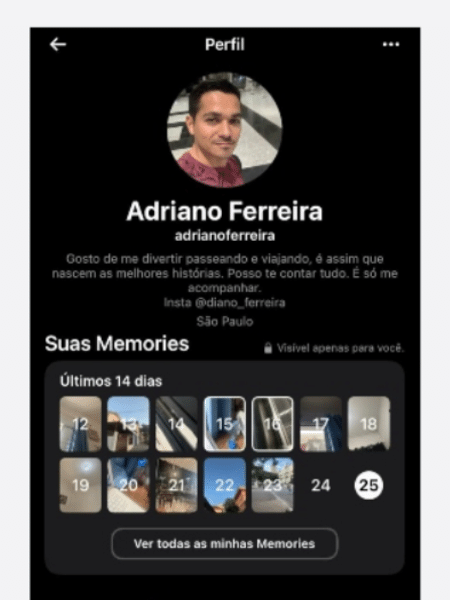 Informational profile? Only for the user

On that same screen, there is a profile link that I can send through other social networks or share by email. Obviously, the platform’s organic tactic to “recruit” more users.

And there was also the bio I had written on the first day. Again: visible only to me. I did a test, asking a friend to enter my profile, and the description really didn’t appear. What’s the point of having an “about me” that only I read? I found it strange. Will it be a bug?

If you’ve read this far, you shouldn’t be surprised that, at first, I hated BeReal’s lack of interactivity. But after a few days, it seems like you’re getting into the mood. I started to like the more natural posts that seemed curious and funny to me.

People post pictures in various unusual situations: packing their suitcase, and in the photo from the rear camera, clothes are scattered around; eating at the cafeteria, and the back photo showing friends; sitting on the sofa and, on the other side, the TV. Ordinary people doing ordinary things. Overall, they seemed happier to me – whatever that means for you. 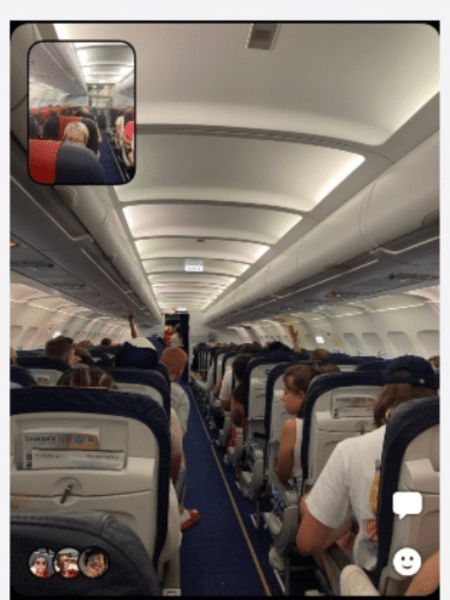 A photo of the plane… why not?

As the app gives you the teaspoon to post later, you can even try to choose a nicer place or a more favorable situation. Perhaps out of Instagram habit, I even considered this strategy. But then I realized it didn’t make sense. I really embraced a new way of seeing and being seen.

(But I still have my Insta account, of course.)

President Jair Bolsonaro (PL) vetoed this Wednesday, 10, the readjustment approved by Congress of the amount passed on to states and municipalities for school meals. He also vetoed...

Banco do Brasil ended the second quarter of this year with adjusted net income of R$7.803 billion, an increase of 54.8% over the same period last year. In...

All aboard - How is the interior of the giant Beluga, a plane that has been talked about

BuddyPoke back? See how to create your own 3D avatar on Facebook