Brazil registered a deflation of 0.68% in the last month of July, after two consecutive years of rising prices. The country still accumulates annual inflation of more than 10%, that is, prices have generally risen by 10% in the last twelve months.

The drop was driven by the sharp decrease in fuel and energy prices, but most products and services that make up the inflation index are still rising. The price of food, in particular, continues to rise and mainly affects the poorest families.

But what is deflation and what does it mean in this context?

If inflation is an increase in prices, deflation is the opposite: it is a negative variation in the price level between two moments, explains economist Anderson Antonio Denardin, coordinator of the Economic Sciences course at UFSM (Federal University of Santa Maria).

In other words, deflation is what happens when the inflation index is negative. In Brazil, the IPCA (Broad Consumer Price Index) is considered the official inflation index and the 0.68% drop in the monthly index (comparing July with the previous month) was announced this Tuesday (08/09) by the IBGE (Brazilian Institute of Geography and Statistics).

The July deflation was driven mainly by two factors, explains Denardin: the cut in the ICMS (Tax on Circulation of Goods and Services) and the fall in the value of fuels and energy; and the increase in interest rates, which reduces the supply of credit and, therefore, puts a brake on consumption.

The index, however, is an average of the variations of the different components of the IPCA, and the fall does not mean that all prices fell in the comparison between July and June.

Food and service prices are still rising – food inflation was 1.3% in July and 14.72% in twelve months, according to the IBGE.

“This is actually the most important news, because it is the one that most affects the poorest population. There has been a real increase in food, which means that with each visit that the family makes to the market, they come back with less food”, he says. the Economist.

More poor affected by the rise in food

The economist recalls that the diffusion index, which measures the percentage of products and services with price increases, is at 63% – that is, despite the general drop in the index of 0.68%, almost two thirds of the prices that make up the IPCA actually went up.

“The way deflation happened, it mainly benefits the richest Brazilians, who consume gasoline and spend more energy”, says Braz. “It’s a downfall that was most felt by the rich.” 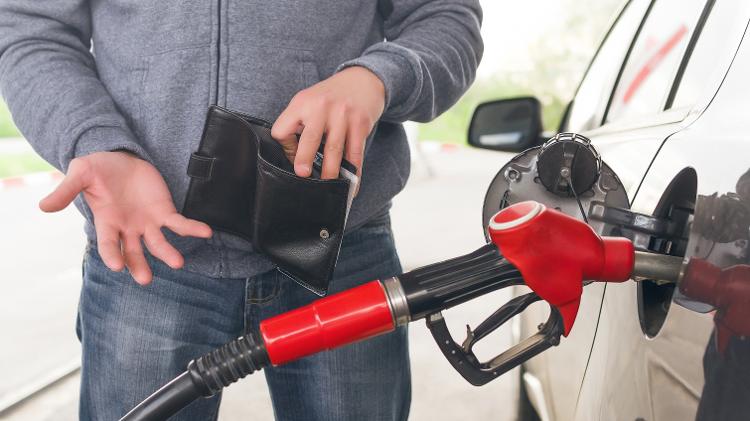 “The poorest population still suffers from the increase in food prices, which reduces their purchasing power. It is a group that does not have much flexibility to escape this inflationary process”, says Denardin.

Braz states that the expectation is that the effect of the drop in fuel and energy prices will have the effect of reducing inflation in other products and services. “These are items used in productive activity, so we expect there to be a diminishing effect”, he says.

For Denardin, the deflation of 0.68% registered means that the government’s policy of reducing taxes had the expected effect.

The change in ICMS rules for the States was articulated by the Planalto and approved by Congress in June, four months before the election.

Braz, however, points out that the reduction in costs is accompanied by a reduction in revenue, which in the long term reduces the government’s breath to invest and can stagnant growth.

“Furthermore, if you don’t show where you are collecting from to compensate for this tax reduction, you generate uncertainty and reduce the fiscal credibility of the government”, says Braz. “I’m not against cutting taxes, but it needs to be done with fiscal responsibility.”

Grupo Ultra: share has the highest rise in more than 3 months this Wednesday; see values

Can I get fired for speaking my political opinion at work?